Who was Ho Chi Minh? Ho Chi Minh played an important role as the leader of the Vietnamese Revolution to fight against French colonials and inspired the Vietnamese with the hope of independence throughout the war with the American army. In an issue of TIME's top 100 in 1998, he was voted as one of the hundreds of people who affected the world in the 20th century. His achievements and personal character are always remembered and followed by the next generations in Vietnam. His impact on Vietnam's history was so significant that Ho Chi Minh's ideology became a required subject in most universities and colleges in Vietnam.

Ho Chi Minh's real name is Nguyen Sinh Cung. He was born and lived with his family in Nghe An Province. There are many years of his birth that he used during the war to protect his identity from the French government, but the official year of his birth was 1890. As a young child, he was a talented boy and loved playing traditional activities such as flying kites and fishing with other children. He was also good at Chinese writing which was very important to study Confucianism in his time. Later, his name was changed to Nguyen Tat Thanh by his father, and it is among the many names he was known by.

Nguyen Tat Thanh Thanh had worked as a teacher in Phan Thiet before he came to Saigon to live and went abroad. On June 5th, 1911, in the Dragon Wharf, he applied to work for the French ship Latouche Tréville as a kitchen helper with the purpose to travel to Western countries and see for himself the development in those countries. While on his journey of experience and earn living with many jobs, Nguyen Tat Thanh learned about revolutions of workers that were prepared and succeeded in colonial countries. In 1917, the famous success of the October Revolution in Russia affected him and he started learning about Marxism-Leninism so that he realized it would be essential and suitable for the revolutions of social classes leading to the liberalization of Vietnam. 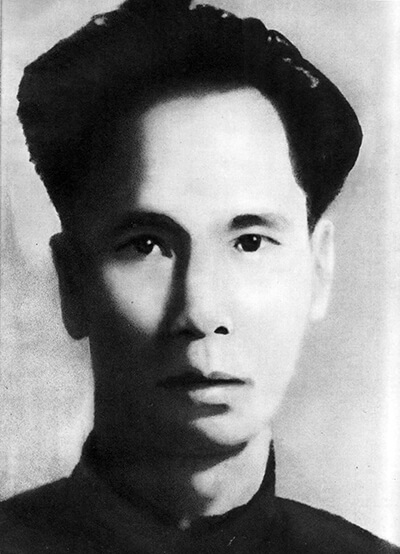 In 1919, Nguyen Tat Thanh participated in the Social French Party and supported for movements of French workers. In June 1919, on behalf of the Vietnamese in France, he sent the requests of the Vietnamese to the Versailles Conference to force the French government to recognize the equal rights of Vietnam at that time, but it was refused.

In December 1920, at the 18th conference of the Social French Party, he decided to take part in the International Communist group and joined in the establishment of the Communist French Party. That means that Nguyen Tat Thanh had officially followed and advocated Communism. During this time, he was also a journalist and wrote many posts in newspapers in which he described the crimes of French colonialists and spread how successful the movements of people in other colonial countries were. These articles were secretly transported to Vietnam and reached many Vietnamese.

On June 30th, 1923, Nguyen Tat Thanh came to Russia and had a long time to study about Marxism - Leninism. He was honored to be offered an important status in the International Communism Group in Eastern Asia and had a mission to observe some revolutionary movements in Asian countries. In 1925, he founded the revolutionary Vietnam Youth and wrote articles to teach Vietnamese youth about Marxism - Leninism. Finally, he convened all Communist groups to unify them into the Vietnam Communist Party.

After 30 years, he came back to Vietnam in 1941 to directly lead Vietnamese movements and make a lot of revolutions with the name Ho Chi Minh. It was one of the last names among many nicknames he used to go undercover in many different countries. 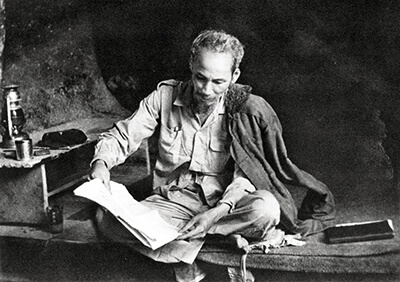 In 1945, the Japanese had to withdraw from Vietnam. And on September 2nd, Ho Chi Minh, who was then voted to be the first president of the Socialist Republic of Vietnam, took the chance to hold the ceremony to read the Declaration of Independence in Ba Dinh Square in front of many Vietnamese. This event marked the North of Vietnam had been officially independent and Vietnam had been recognized by other communist countries before the French were going to invade the country again. In 1954, the huge failure of the French army in Dien Bien Phu force them to sign the Genevé agreement and withdraw from Vietnam. 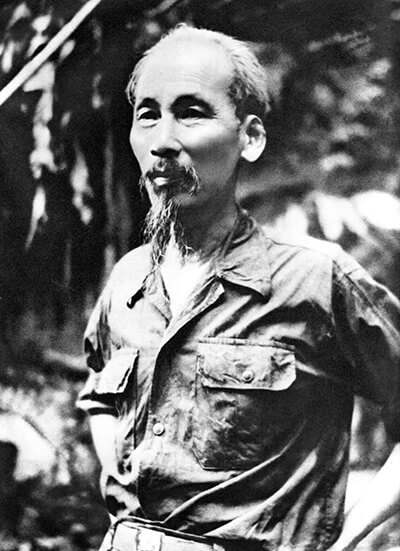 In September 1960, at the 3rd national conference of the Labour Vietnamese Party, Ho Chi Minh was voted as the chairman of the Executive Committee of the Party Central Committee. Following his leading directions, Vietnamese people were setting socialism in the North of Vietnam, supporting the fight against the U.S army and reunifying with the South of Vietnam with the hope that Vietnam would become socialist.

Unfortunately, he passed away when he was 79 years old on September 2nd, 1969, before the Vietnam War ended, but the Vietnamese still fought against the U.S army and succeed in reunifying the country.

The Mausoleum of Ho Chi Minh 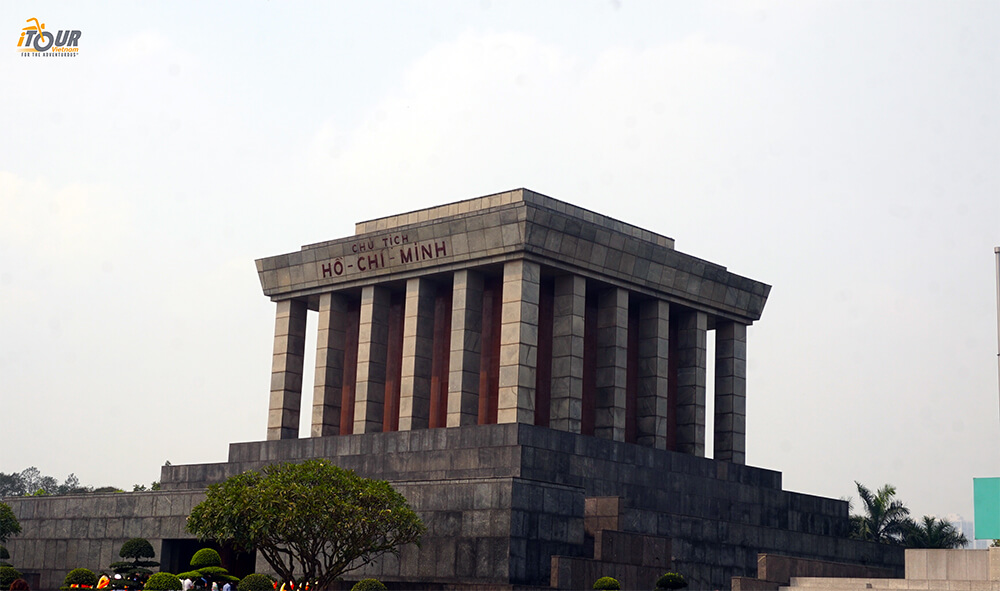 Opening Time:
It opens every day for the locals and visitors to come except for Mondays and Fridays. The opening time depends on the seasons: 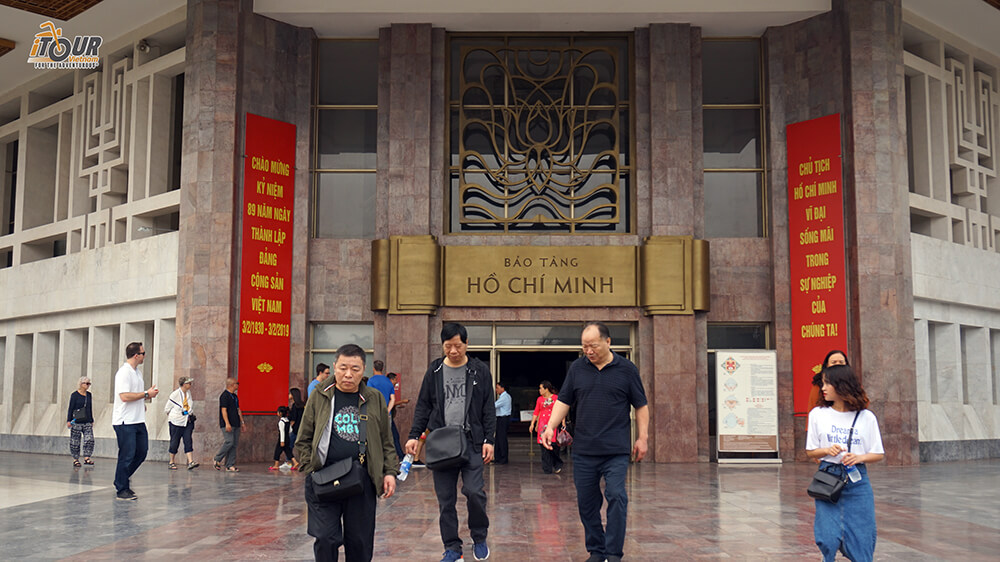 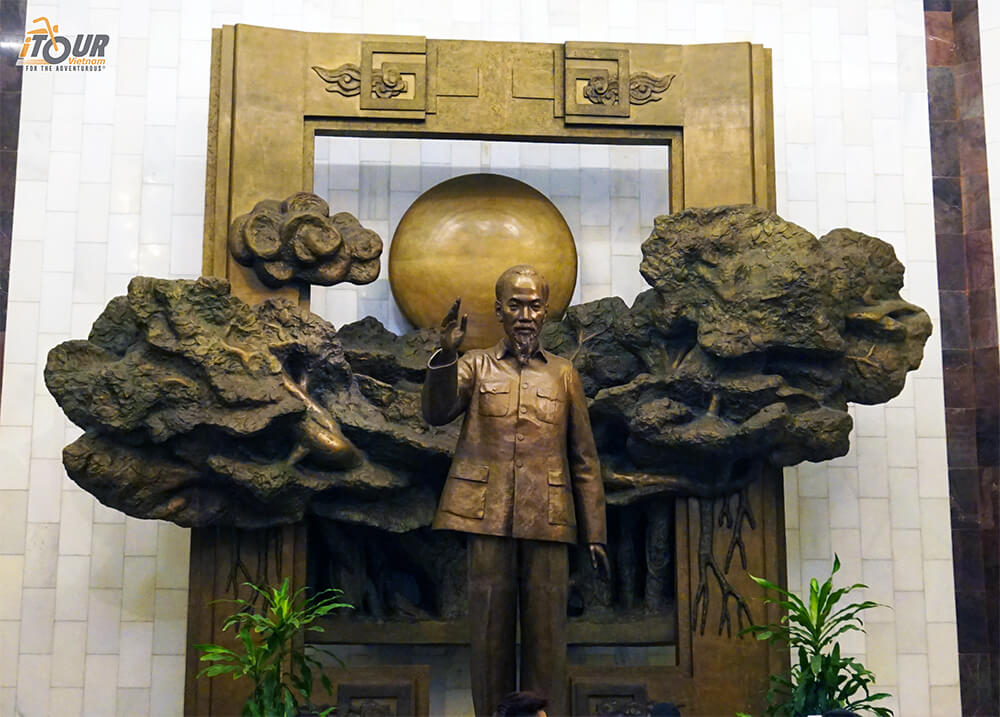 The museum exhibits some pieces of furniture, clothes, shoes, etc that the president used in the past. You also see many pictures and historical documents describing the lifestyle and local activities of Ho Chi Minh when he was alive. Sometimes, Vietnamese students are frequently taken to this place to learn and study about president Ho Chi Minh. It is close to the mausoleum and Ho Chi Minh's stilt house so they are usually included in one tour. You can pay another VND 40,000/person to visit the stilt house, behind the mausoleum.

Read more about the Ho Chi Minh Museum in Hanoi. 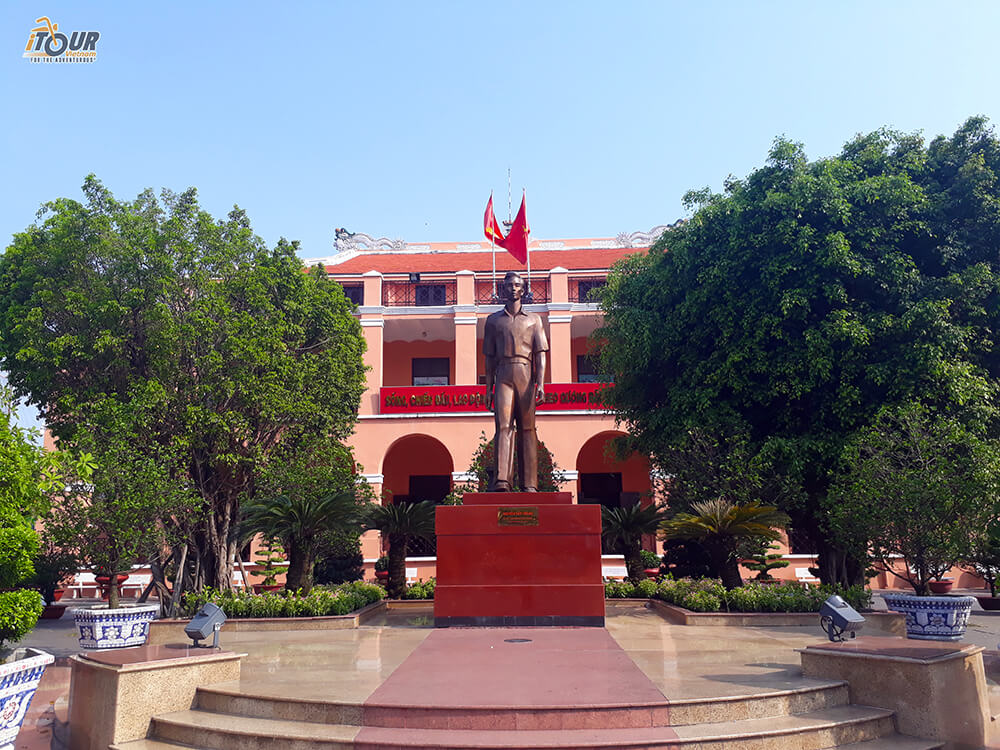 The museum is the original Dragon Wharf where Nguyen Tat Thanh left Vietnam and started his road to fight against the French colonialists. Until now, it has been preserved as the Museum of Ho Chi Minh exhibiting Ho Chi Minh’s historic documents, stories, and articles. Here you can also have a good view of the city and the Saigon River from this old port. 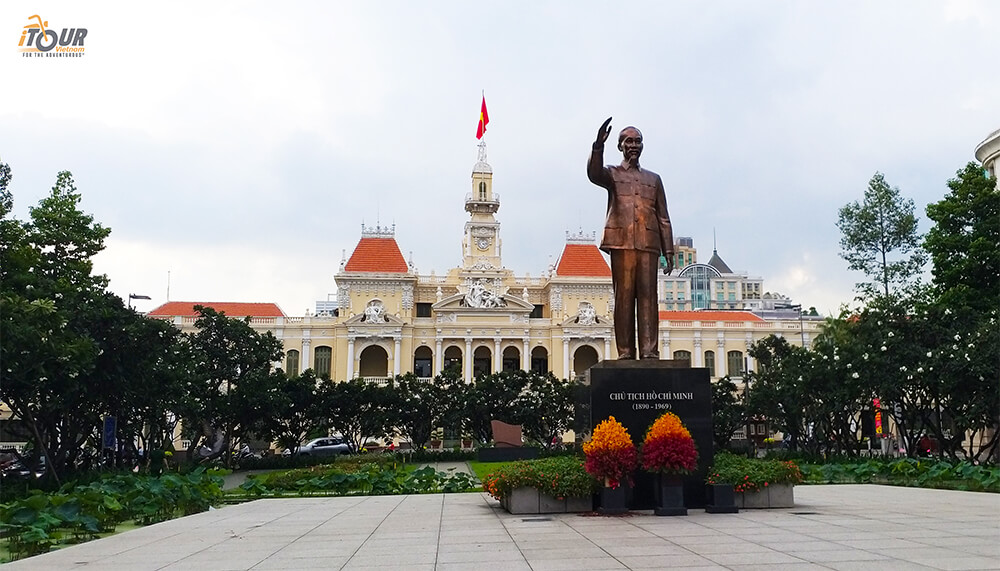 There are many tourists who wonder why there are two names for the main Southern city of Vietnam. Is it Saigon or Ho Chi Minh? Which name is correct? This is the answer for you.

After the historical event on April 30th, 1975, Vietnam became officially an independent nation. To remember president Ho Chi Minh's achievements in the war, the government decided to change the name “Saigon City” to “Ho Chi Minh City” in 1976.

Get your ticket to travel to Ho Chi Minh City: 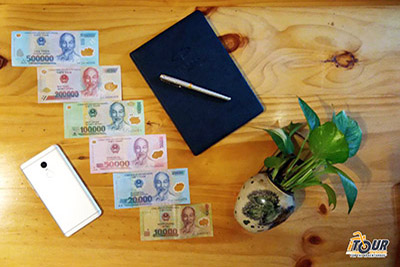 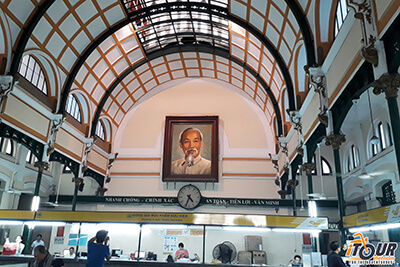 In Vietnam, you will often see the portraits of Ho Chi Minh. One of them is printed on the notes of Vietnamese currency. Another place you can find his picture is in Saigon Central Post Office, or any state institute and government office.

Summary of Who was Ho Chi Minh?

The life of President Ho Chi Minh was often taught to many generations in Vietnam as a lesson and value of a patriot, someone who had lived and devoted his life for the country's sake. He was a real hero of the Vietnamese in the Indochina Wars and Vietnam War, so most people respect and take pride in him as the iconic person of the country.