What is Hanoi Known for? Hanoi is a city of lakes, and its name can be loosely translated to “between two rivers” thanks to the vast amounts of water bodies. In addition to the natural advantage, the capital of Vietnam is deeply rooted in its historical and cultural significance. Learn the most about what Hanoi is known for so you wouldn't miss anything when visiting this city of glory. 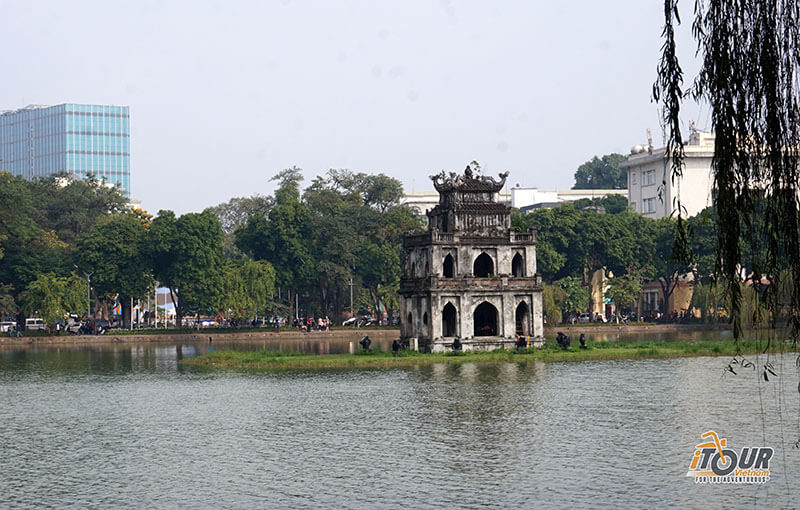 Turtle Tower is visible from the edge of Hoan Kiem Lake

When thinking about what is Hanoi known for, unanimously, Hoan Kiem Lake will be one of the first options to come to mind. The most famous lake in Hanoi is located in the heart of the city and has a dense historical background, magical legends, and an enchanting nature surrounding. 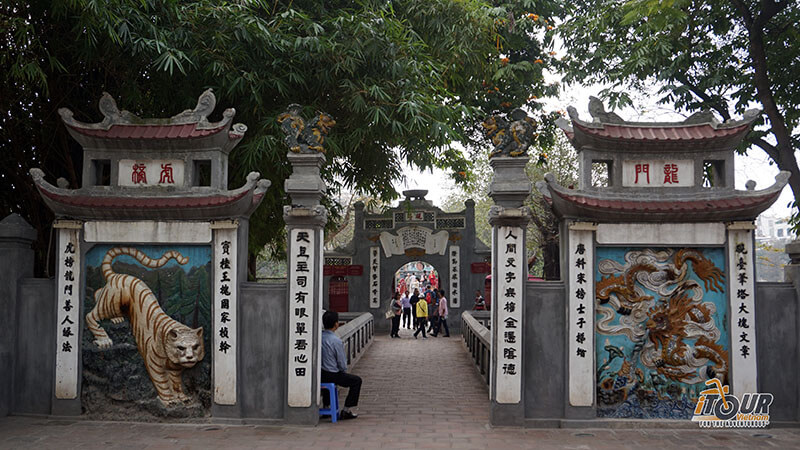 Ngoc Son Temple (Temple of The Jade Mountain) is positioned right in the center of the lake, which is accessible by the extremely picturesque maroon The Huc Bridge.

Of course, visiting the lake for its scenery is worth the trip in itself, but many activities around Hoan Kiem lake are also worth exploring.

Check prices and reviews of hotels around the Hoan Kiem Lake: 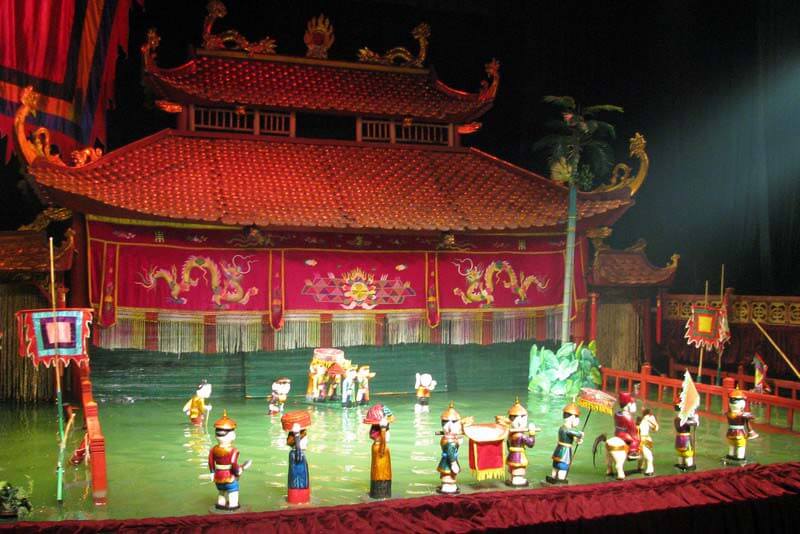 Out of any cultural art performance in the world, the water puppet show only exists in Vietnam. This type of puppet show has been praised as a world-famous experience based not only on its cultural meaning to Vietnamese heritage but also on the skills required to operate such a display. Water puppet theatres in Vietnam are not exclusive to Hanoi, but where else should the show be experienced but in the artform's birthplace? 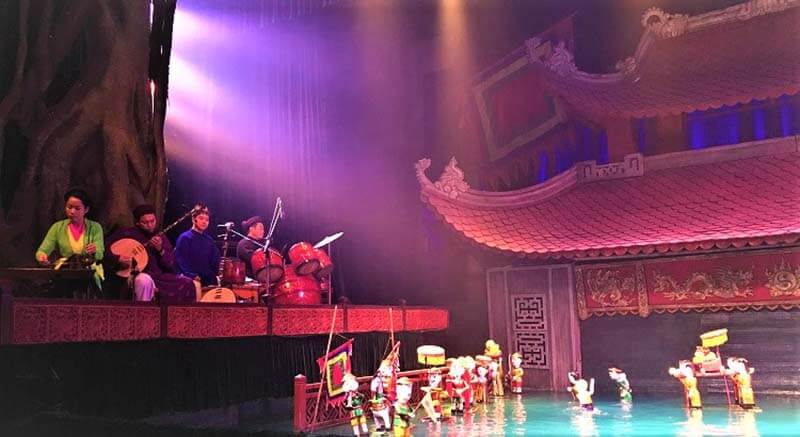 The Thang Long Water Puppet Theatre consists of a 1,000 years old puppet show set in water accompanied by live music played with traditional Vietnamese instruments. Conveniently enough, it is located in the same area as Hoan Kiem Lake making it extremely accessible when in the center of Hanoi. 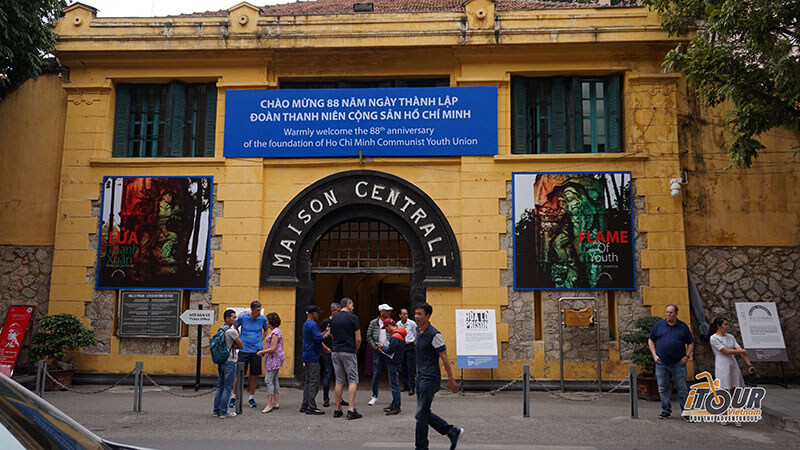 Hoa Lo Prison has a rather interesting story in its transition from a prison to a place historically significant over centuries. Under the French colonialism, it was a prison mainly for communist patriots and criminals of French rules. Then Northern Vietnam's army claimed possession of the prison and utilized it to capture soldiers on the American side and spies from South Vietnam's regime. So many inhumane grueling tortures and sufferings took place here that there are local tales of the prison being haunted.

In the present day, Hoa Lo Prison is now repurposed into an educational museum dedicated to displaying the life and death of those who once incarcerated the prison. 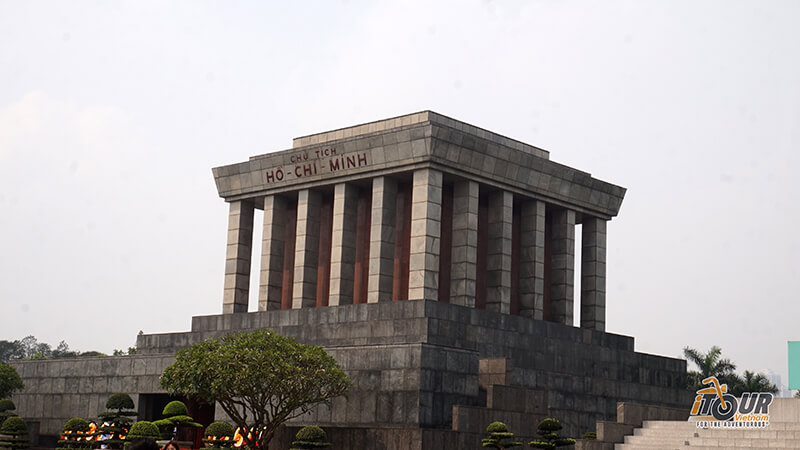 Perhaps the most significant historical site in all of Hanoi is the Ho Chi Minh Mausoleum. The mausoleum is where tourists and locals can view the embalmed body of Vietnam's former leader, the late President Ho Chi Minh. His body has been preserved since 1975 when the mausoleum first opened to the public.

When asking what is Hanoi known for? The Ho Chi Minh Mausoleum is the correct response, as this is the primary place to pay respect to Ho Chi Minh and learn about his tireless effort to lead the country through Vietnam's gloomiest days.

Visit The Temple Of Literature in Hanoi 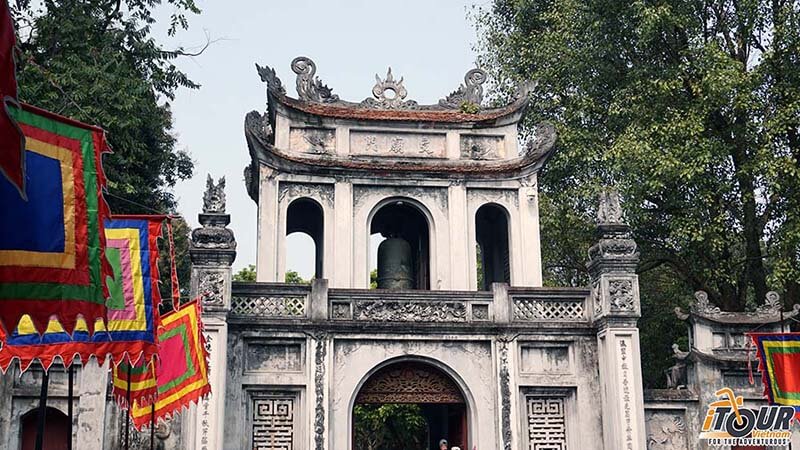 One of the most culturally immersive locations in Hanoi has to be the Temple of Literature. The temple dates back to over 1,000 years ago when it was constructed as the country's first university in honor of Confucius. The ancient architecture of the temple reflects the feudal dynasties and the culture of past Vietnam, of which the most prevalent value is the neverending desire for knowledge and talented people of the country.

Check out more Temples and Pagodas in Hanoi 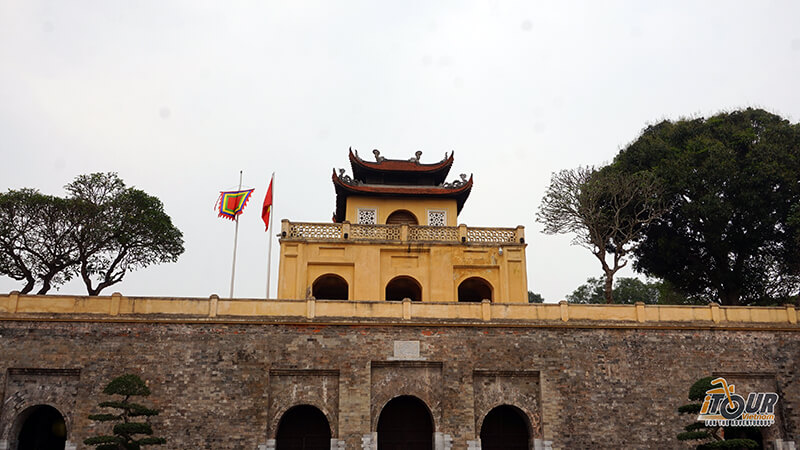 In the era of ancient Vietnam, Hanoi was once called Thang Long (Rising Dragon) as its capital. During the feudal period, the Thang Long Imperial Citadel, or commonly known as Hanoi Citadel in modern times, was home to the many royal dynasties. In the twentieth century, it served as a prison for the occupying Japanese forces, thus resulting in a majority of the citadel grounds to be in ruins, hindering preservation. 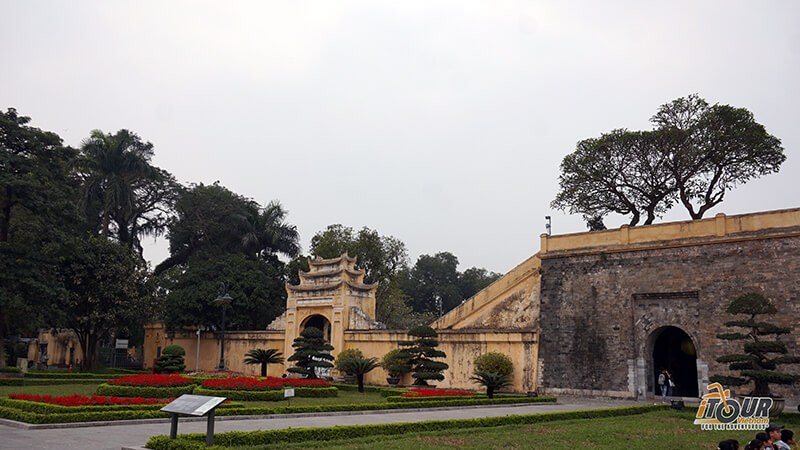 The wall that surrounds the Thang Long Imperial Citadel grounds

The Thang Long Imperial Citadel of today is still worth a visit as it is listed as a World Heritage site. The citadel still retains its many complexes, stately buildings constructed over 1,000 years ago.

Experience a Show at the Hanoi Opera House 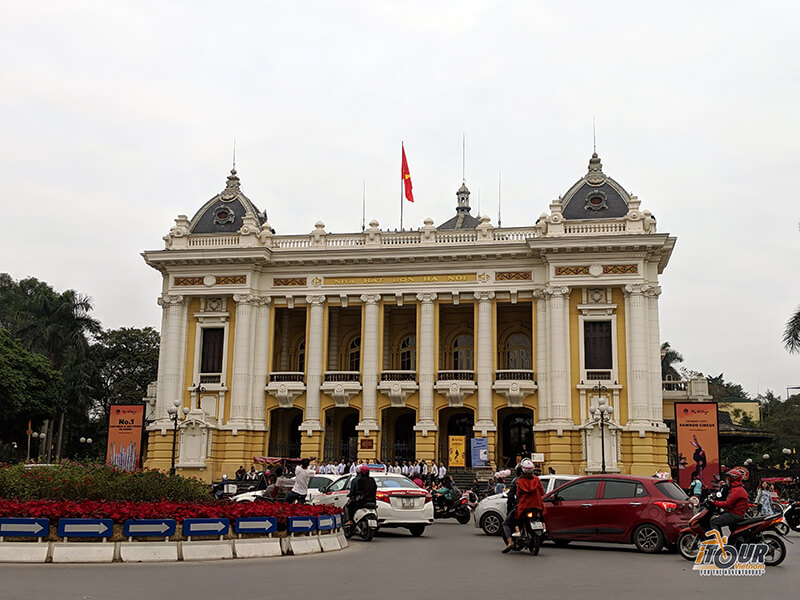 The Hanoi Opera House is one of the most spectacular examples of French neoclassical architecture in Hanoi. Built during the French colonialism period of Vietnam, the opera house has stood the test of time as it is still a functional stage hosting traditional Vietnamese shows even a century later. 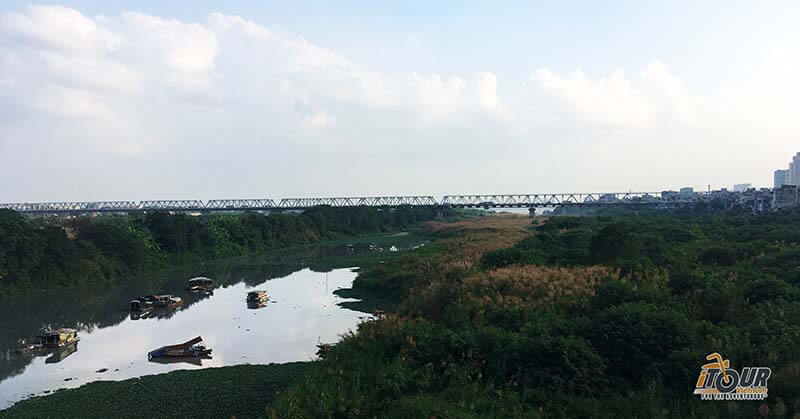 Long Bien Bridge is quite an old and peculiar piece of architecture within Hanoi, but it carries symbolic value for the people of Hanoi, representing the struggles that Hanoi has persevered through. The bridge has profound historical greatness as it was a prime location of attacks during the warring periods of Vietnam with both the French and the US.

Ground-level of Long Bien Bridge, though limited to small vehicles only, is still actively in use daily

Learn about Vietnamese Society at the Vietnam Museum of Ethnology 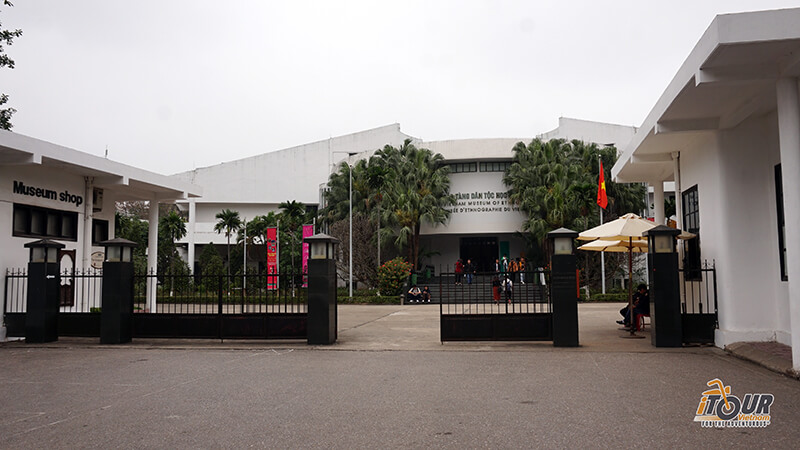 Entrance of the Vietnam Museum of Ethnology

Out of the many museums that Hanoi has to offer, the Vietnam Museum of Ethnology is undoubtedly the most exciting and informative to learn about Vietnam’s history and its wide variety of ethnic groups. From the lifestyle of each ethnic group to the uniqueness of each province in Vietnam, visitors can educate themselves on the multicultural diversity of Vietnam.

More on Museums in Hanoi to visit

Our Conclusions of What Is Hanoi Known for?

For those visiting Hanoi for the first time, these are just a handful of locations that Hanoi is known for. Regardless of the length of your stay in Vietnam’s capital, visiting any of these options will provoke a sense of wonder and learning for Hanoi’s multiple facets of history. And for any repeat travelers, hopefully there are new things that are yet to be discovered waiting to be uncovered and appreciated within these beloved locations.

Get the world-leading travel insurance for your adventures in Hanoi: