What is “ao ba ba”? When you first hear the word, you may find it seems weird to you since this is a Vietnamese word with no proper translation. Ao ba ba is a traditional Vietnamese garment that has become symbolic of the culture, elegance, and beauty of women in the Southern countryside. This Vietnamese clothing could surprise you with its unique and simple design, its significance in people’s daily lives, and its origin. If you find this piece of apparel fascinating, check out where you can get one for yourself at the end of the blog.

Origin of the Ao Ba Ba 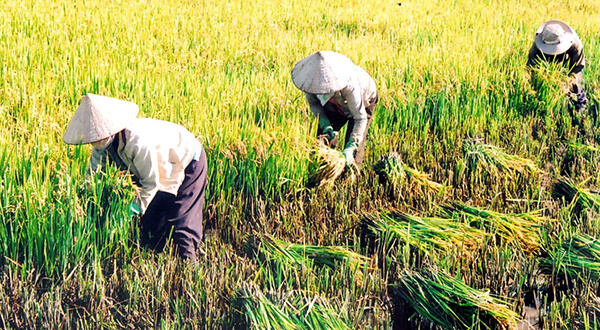 Ao ba ba has long been a traditional costume for the Southerners. However, its origin is yet to be known, and there are a lot of theories around the story of the ao ba ba’s first appearance in Vietnam. Some think that the ao ba ba resembles a man's shirt with round collar and a narrow shirt that Le Quy Don - an 18th-century Vietnamese poet, encyclopedist, and government official - obliged his citizens to wear at the end of the 18th century.

Another theory is based on Son Nam writer’s point of view. He stated that the Southern people loved the shirt of a group of Chinese people living on Penang Island in Malaysia who named Baba. Some people do not agree because there is no ethnic minority name “Ba Ba” with the meaning of Malaysian-Chinese people. However, some experts find the word “Baba-Nyonya” in Bahasa Malaysia calling Peranakan people, in which, “Baba” refers to “male”, and “Nyonya” refers to “female” on the Penang Island during Britain’s colonization. Interestingly, Peranakan women have a costume like ao ba ba named “kebaya”. Therefore, it is believed that the ao ba ba was a redesign and modernization of the kebaya, a result of trading and cultural exchange between Vietnam and Malaysia since the first half of the 19th century.

Evolution of the Ao Ba Ba and the Design 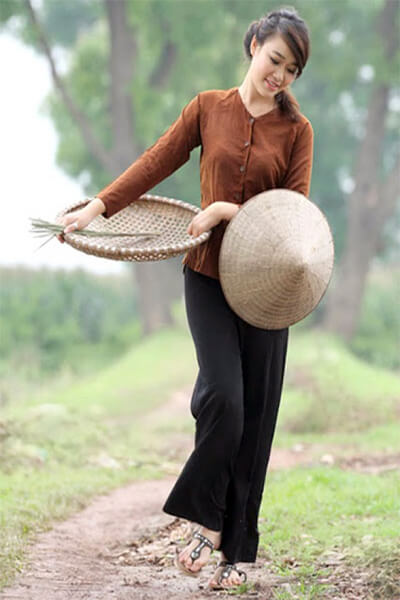 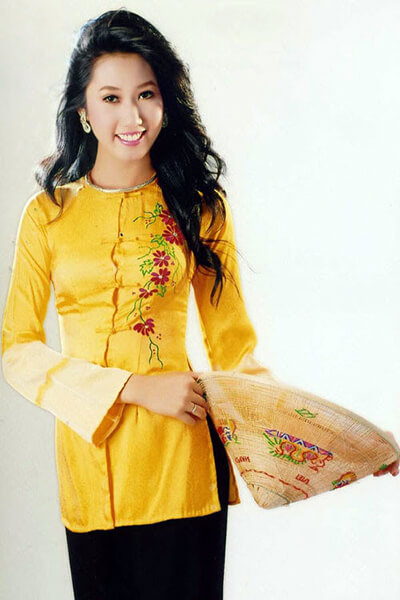 A traditional set of ao ba ba includes a pair of silk pants and a collarless, long-sleeved shirt. There is a line of buttons in the middle of the front of the shirt made from 2 equal parts, and a cut on both sides going to the waist creating two flaps split equally. On the front’s bottom, two square pieces of square cloth are usually attached to form pockets on 2 sides. This Vietnamese garment is loose and very comfortable to move around, explaining its popularity in both genders in the last centuries. 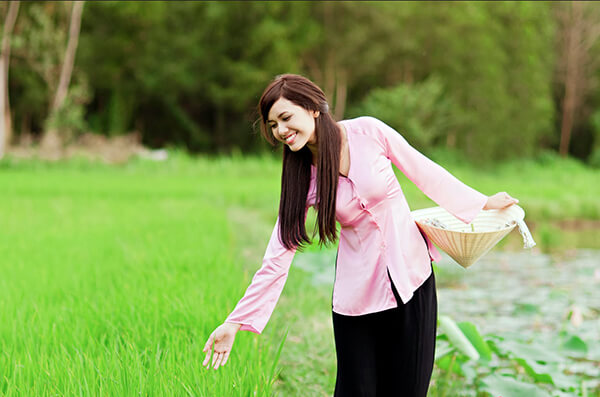 In modern times, a new version of the ao ba ba has been made with some changes in the design and material to adapt the need for wearers and to keep up with contemporary fashion. The new Vietnamese clothing is more fit for the female lines of a body with a tighter waist and chest part.

The two front pockets have been removed, while more colors and beautiful patterns are cleverly added by the designer instead of dark and plain color textiles used in the past centuries. Despite the change, fortunately, the simplicity and traditional features that are of great importance in Vietnamese culture, are still preserved and remained.

In the past, the peasants and the farmers, especially in the Mekong Delta wear the black ao ba ba like a uniform when working on paddy fields every day due to its convenience. People in the delta also love to put on this comfortable Vietnamese garment in daily activities as well as special occasions. When dark colors such as black, brown are worn like working attire, bright colors are used in festivals and performances.

If you want to dress like a real Vietnamese local, a combination of ao ba ba, “Khan Ran” (checkered neck scarf), and a conical hat would be a perfect disguise to mix in with the country life! “Khan ran” where “khan” means scarf, and “ran” means stripe, is a long Vietnamese black and white checkered shawl. These days, this image is only often seen in the Mekong Delta, Southern rural areas, and cultural performances, but it is still regarded as a symbol of Southern women’s feminine and inner beauty.

How the Ao Ba Ba is Made

When sewing the ao ba ba, it is important not to do the cutting lines on the shoulder parts. The back of the shirt is 1 piece while the front one has 2 pieces with the button lines in the middle, sometimes 2 pockets are added at the bottom of the shirt. These parts are sewed together, and finally, some patterns are additionally embroidered as a decoration.

The material used to make the traditional ao ba ba was easy to dry one like cotton, but now, there are a lot of other choices for fashion purposes. People used to use tree or leaves essence to dye the cloth and make a colorful fabric of black, brown, or green. Nowadays, when a variety of materials available on the market, you can have a wide range of choices for your favorite one, even bright colors like yellow and pink.

Where to Buy Ao Ba Ba 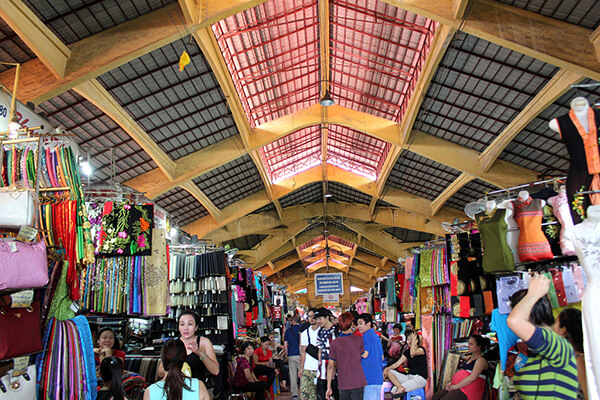 Here are a few suggestions for you to purchase ao ba ba as one of your wonderful souvenirs from your trip to Vietnam.

Ben Thanh Market
Wandering around one of the most iconic and famous local markets in Ho Chi Minh City, you will quickly encounter stalls where the ao ba ba is shown so that you can try and buy. Choosing a textile in the market, then bring it to a tailor is another option.

Hoai Giang Shop
This is one of the most favored shops of locals specializes in tailoring ao ba ba in Ho Chi Minh City. There are a variety of models you can consider.
Location: 40 Tran Quang Khai Street, Tan Dinh Ward, District 1.
Price: From VND 400,000/set

The ao ba ba may not be commonly worn like before, but every Vietnamese is aware of its importance in the diversity of culture. Many people are putting effort into preserving traditional clothes wisely through generations while keeping the original characteristics. A traveler with a curious mind and an eagerness to learn should not miss the opportunity to check out the ao ba ba - the traditional Southern Vietnamese garment.

Interested in learning more about Vietnam? Check out our Vietnam travel guides!

Where can I buy the traditional AO Ba Ba in Southern California?

Is it easy to get this custom made for a large size?

0 Cancel Reply
Is it easy to get this custom made for a large size?
Cancel Update Comment

Thanks for the information, can I ask where to find these costumes?

0 Cancel Reply
Thanks for the information, can I ask where to find these costumes?
Cancel Update Comment
First Page Previous Page 1 Next Page Last Page