An old picture of the first opium manufacturer in southern Vietnam

Opium addiction was a real issue in Vietnamese society during the French colonial period in Vietnam. In fact, one of the first public opium factories of Indochina was in Vietnam at 74 Hai Ba Trung Street, District 1, Ho Chi Minh City. So what is opium, how was it first introduced to Vietnam, and what are the present Vietnam laws concerning opium? Read our article to find out.

Opium is a kind of drug, or more precisely, a narcotic that can produce the following effects: pain relief, sleepy state (narcosis), and dependence on the drug (addiction). Opium is obtained by taking the dried resin from the seed pods of the opium poppy plant, a native plant of Turkey scientifically known as Papaver somniferum. 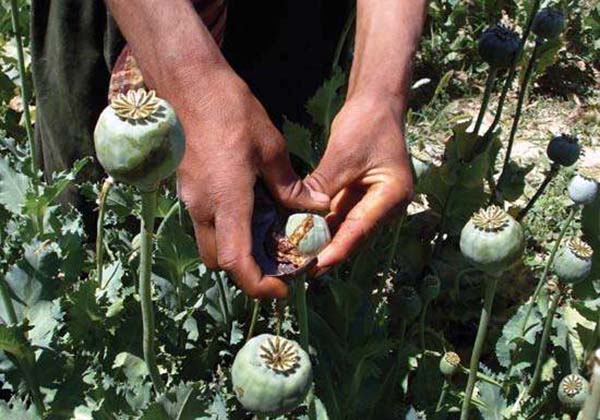 Perhaps the more well-known names when it comes to drugs and narcotics are morphine and heroin. Morphine is, in fact, the main chemical component of opium. Heroin is also made from opium, with the powerful effects 4 to 8 times those of morphine, far more potent at treating pain and stress, but also more addictive and more likely to create euphoria, the desirable high feeling that so many turns to drugs for.

Of course, opium use is not without its dreadful downsides. Habitual use of opium reduces both physical and mental ability since the user is invariably in a state of drowsiness, and ultimately it leads to shortened life expectancy. Respiratory failure and sudden death are what an acute overdose of opium can bring.

Before talking about opium in Vietnamese history, let’s take a moment to look at some big events in opium history around the world. In the West, opium was widely used as a painkiller in the 18th century, then in 1804 morphine was successfully isolated from opium and in 1898 came the birth of heroin. An excessive number of addicts was first seen in the American Civil War (1861 - 1865), and this event started to raise public concern for the widespread employment of opium. As for the East, China recorded the introduction of opium smoking in the 17th century, which then spread rapidly and was met with a serious crackdown by the government.

However, the 18th century saw the rise of opium again in China when European traders noticed the potential opium market in China and used opium as an exchange for the desirable Chinese tea and silk. Chinese defeat in the Opium Wars in 1858 couldn’t help the situation and only until 1949 a far-reaching crackdown by the Communist Government started to gain success. Lastly, we cannot help but mention the Golden Triangle, the massive producer and trader of opium in the late 20th century. This notorious region consisting of Myanmar, Laos, and Thailand was the world’s leader in opium planting and producing during the mid-1990s and contributed to the surge in the illegal opium trade in Southeast Asia between the 1960s and 1970s.

Now back to the story with opium in Vietnamese History. Opium as an addictive drug became known to the Vietnamese during the French colonial period in the 19th century. Around the 1850s, taking advantage of the weak leadership and the unsettling events in Vietnam, French with their deliberate, crafty plan quickly succeeded in taking Vietnam under their control. Under the French reign, the land of Vietnam was divided into 3 regions: Cochin China (southern Vietnam), Tonkin (northern Vietnam), and Annam (central Vietnam). On the part of the Vietnamese rulers at the time, due to their defeat in Ky Hoa Battle (1861) against France, they had to yield to numerous conditions by the French like giving up 3 major provinces in South Vietnam (including Saigon) to the French to make peace. 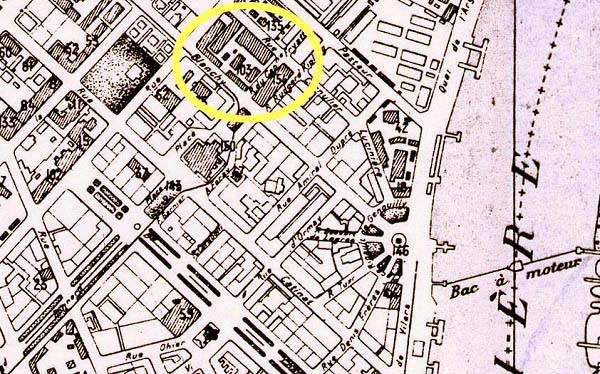 A map by the French showing the location of the opium refinery, near the Saigon River

The French were free to establish ports and produced opium in Vietnam for it to be sold within the country and to China. Opium was produced across the country from North to South with the largest production in Saigon. A factory was built in 1861 by French traders at what is now an alley of a few restaurants at 74 Hai Ba Trung, District 1, Ho Chi Minh City. Opium plants were not very productive in Vietnam, so the main materials for these factories, especially the one at Hai Ba Trung, came from India. Opium products were later governed by the French government, taxed at 10% and retailed by Chinese merchants. 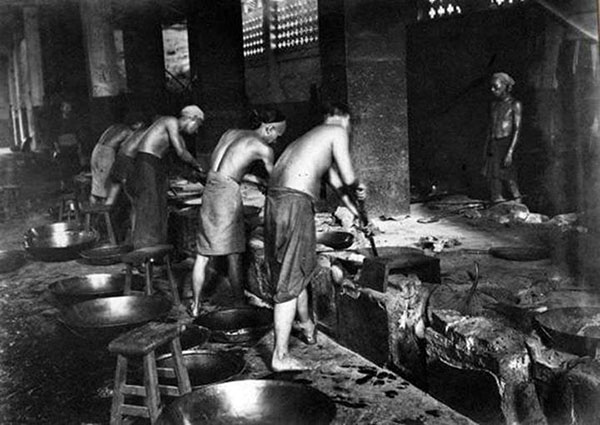 Inside the refinery, workers in the process of producing opium products

This "business model" - buying raw Indian resin and refining it at the Saigon opium refinery to create smoker-friendly opium - proved to be a successful idea of Governor-General Doumer, under whose direction opium revenues made up about one-third of the colonial government income, from 1882 to the 1910s.

Opium addiction became a serious problem in Vietnamese society at the time, especially among the wealthy Vietnamese elite. A significant proportion of the native elite got addicted to the expensive opium, became less competent in their jobs of tax collection and local administrative tasks, grew more corrupt and thus contributed to the deteriorating state of their own country. Not only the rich but also countless miners, plantation workers and urban laborers got into the vicious circles of opium addiction - a depressing picture of a weakened society suffered at the hands of greed. 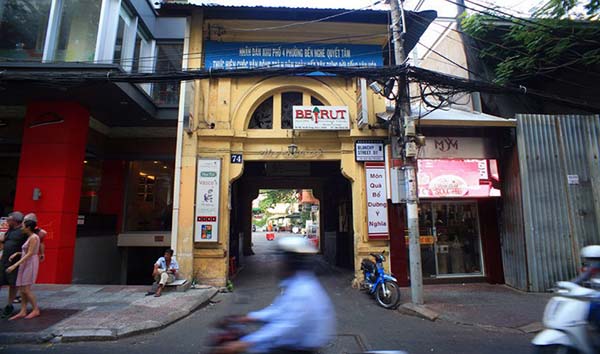 At the location of the old opium factory (74 Hai Ba Trung, District 1, Ho Chi Minh City) is now an alley called the Refinery with a few restaurants inside 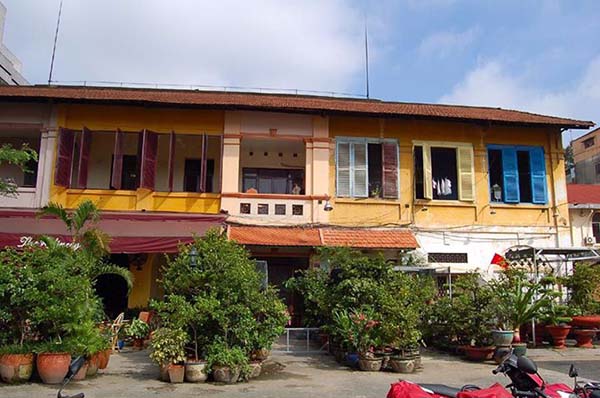 Few people know that just behind the famed Saigon Opera House, right in the busy street of Hai Ba Trung was a notorious opium factory revealing startling facts about the history of Vietnam in the French colonial period.

Vietnam Laws Regarding the Use and Trade of Opium

Opium trafficking and other acts involving opium are serious crimes under Vietnamese laws. It is completely illegal to grow, sell, own, buy or consume any kind of opium. Punishment for opium-related crimes varies according to the amount, the kind of opium involved and the severity of the actions, but the lightest one in the framework is a 7-year sentence. 20 years in prison, a life sentence, and capital punishment are the highest penalties. Trading 100 grams of heroin, for example, is enough to warrant the highest punishments as listed above.

Conclusion on Opium in Vietnam History

Opium, morphine, heroin, all the addictive fatal guilty pleasures that should only be restricted to medical use with utmost prudence, first became a major social problem in Vietnam during the French colonial period. Now that peace has long been around for the Vietnamese, opium trafficking is still an issue to be tackled with sweat and tears by the country’s security forces, as is the case with any other society. Anyway, if you fancy getting a feel of the old opium refinery in Vietnam, come and drop by 74 Hai Ba Trung Street, District 1, Ho Chi Minh City for an intriguing visit.

Visit our website to check out private Ho Chi Minh city tours and Vietnam travel guides on other attractions, food, and culture!

Get your quote for quality Vietnam Travel Insurance: