The country of Vietnam boasts an area of 331,210 square kilometers in the region of Southeast Asia, sharing its land borders with only 3 countries: China to the north, Laos, and Cambodia to the west. Most of its periphery, particularly in the east, south, and southwest, is outlined by the South China Sea in the Pacific Ocean. Vietnam’s land border is only 4,550 km long, but its sea border is an outstanding 3,260 km, starting from Mong Cai beaches in the north to Ha Tien beaches in the southwest.

On the world map, Vietnam lies between the Northern Tropic and the equator, with the shape resembling the letter S. Vietnamese find this fact a unique and endearing feature of their country, affectionately dubbing it “the S-letter-shaped country”. Vietnam measures 1,650 km long from north to south; the widest width on the mainland is 500 km and the narrowest part 50 km.

With the predominant oceanic nature of its border, no wonder islands are a quintessential part of Vietnam’s territory. The Northern Gulf (Vinh Bac Bo) alone harbors over 3,000 isles which congregate into big groups around the area of Halong Bay, Bai Tu Long, Cat Ba Islands, and Bach Long Vi Islands. In the central region are the two massive islands far from the mainland called Hoang Sa and Truong Sa. Lastly, in the south and southwest stand Con Son, Phu Quoc, and Tho Chu Islands. 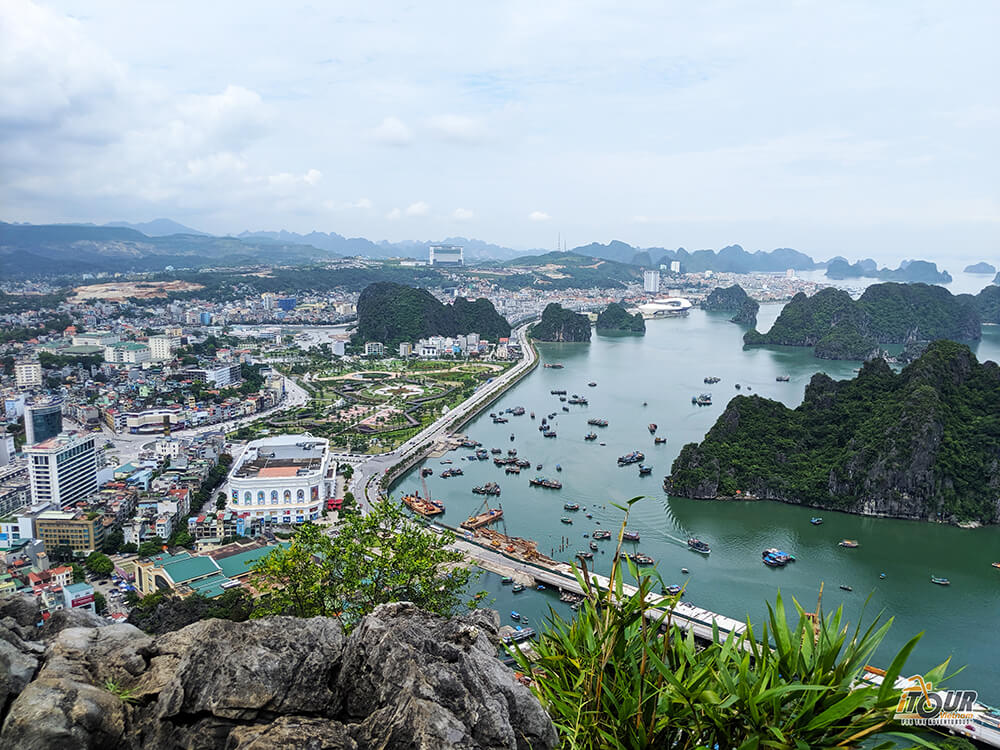 Due to its position within the tropical rain belt, Vietnam experiences high temperatures and considerable humidity all year round. While the north is closer to China and thus affected by a continental climate to a significant extent, the rest of mainland Vietnam has a tropical monsoon climate influenced considerably by the South China Sea. However, the tropical monsoon climate is not consistent throughout the territory of Vietnam, creating distinct regions and climatic zones within the country. Vietnam weather varies from season to season, from lowlands to highlands, from north to south, and from east to west, and due to the strong impact of Northeast monsoon, its average temperature is lower than that of other Asian countries at the same latitudes.

Vietnam’s climate can be split into two major climatic zones:

(2) the South (from Hai Van Pass southwards): hardly influenced by monsoon winds, thus having a consistent tropical climate, hot all year round, and has only two seasons - the dry season and the rain season. 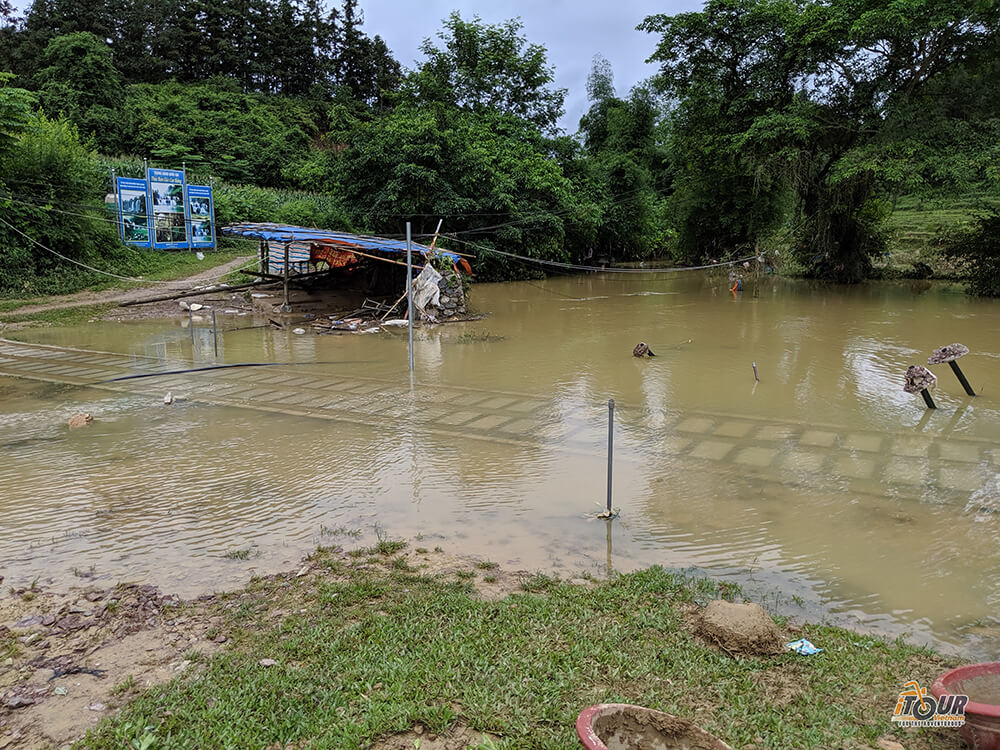 During the rainy season in Vietnam, shallow areas can get flooded

Besides, due to the natural topography, Vietnam also has a number of climatic sub-zones (or microclimates): Sapa city in Lao Cai province and Dalat city in Lam Dong province have a clear temperate climate; Lai Chau province and Son La province have a humid continental climate. These places with cool temperatures all year round are ideal destinations for holiday getaways.

Vietnam has a high amount of sun, with total annual sunshine ranging from 1,400 to 3,000 hours per year (4 to 8 hours of sunshine a day, higher than many European cities); annual precipitation is 1,500 mm to 2,000 mm, and humidity is a massive 80%. Owing to monsoon winds and the complexities of terrain, Vietnam experiences frequent harsh conditions like storms, floods (especially in central Vietnam), and droughts.

Since it is affected by a tropical climate, hot, humid with frequent monsoon winds, Vietnam has mainly the following terrain types: hills and mountains, plains, coasts, and continental shelf. There are only sand deserts in Vietnam and not any dry or cold desert. Moreover, Vietnam typography gets lower from northwest to southeast, reflected by the flowing direction of major rivers in Vietnam.

Mountains and hills account for up to 3/4 of Vietnam’s territory. However, they are generally low: Low mountains under 1,000 m make up a gigantic 85% while mountains over 2,000 m high constitute only 1% of the total Vietnamese area. Vietnam mountains and hills from Northwest to Southeast run the distance of 1400 km, forming the shape of a giant arch towards the South China Sea. The most majestic mountains are all in the west and northwest, with Mount Fansipan being the highest one (3,143 m) in the whole Indochina region (Vietnam, Laos, Cambodia). Mountains in Vietnam tend to grow slower as they head eastwards and usually end up being a low land along the coast. Instead of long and high mountain ranges like in the north, southern Vietnam sees massive areas of average highlands with certain peaks, constituting a region called Tay Nguyen (or Central Highlands). The eastern edge of Tay Nguyen was elevated through natural processes and became Truong Son mountains, the most well-known mountains in Vietnam due to its role in the Vietnam War.

Mountains are omnipresent in Vietnam

Plains in Vietnam account for only 1/4 of the Vietnam area and is divided by mountains and hills into various zones. The two largest, most fertile plains in the country are North Delta (or Red River Delta, 16,700 square kilometers, around Red River) and South Delta (or Mekong Delta, 40,000 square kilometers, around Mekong River downstream). Sandwiched by these two plains are a thread of intermittent small plains running alongside the central coast, called Coastal Plains, starting from Ma River in Thanh Hoa province to Phan Thiet city in Binh Thuan province, totaling an area of 15,000 square kilometers.

Lastly, it would be an incomplete picture to talk about Vietnam’s geography without talking about its extensive range of rivers. There are an astounding 2,360 rivers over 10 km long in Vietnam. Rivers in Vietnam follow two main flowing directions: northwest-southeast rivers and arch rivers. The two biggest rivers are, as mentioned - Red River in the north and Mekong River in the south. The entire network of Vietnam’s rivers and streams receive up to 310 billion cubic meters of water every year; and there are two flow season of rivers: flood season and dry season, with the flood season taking up 70 to 80% of the total annual water amount, causing frequent floods to nearby areas. 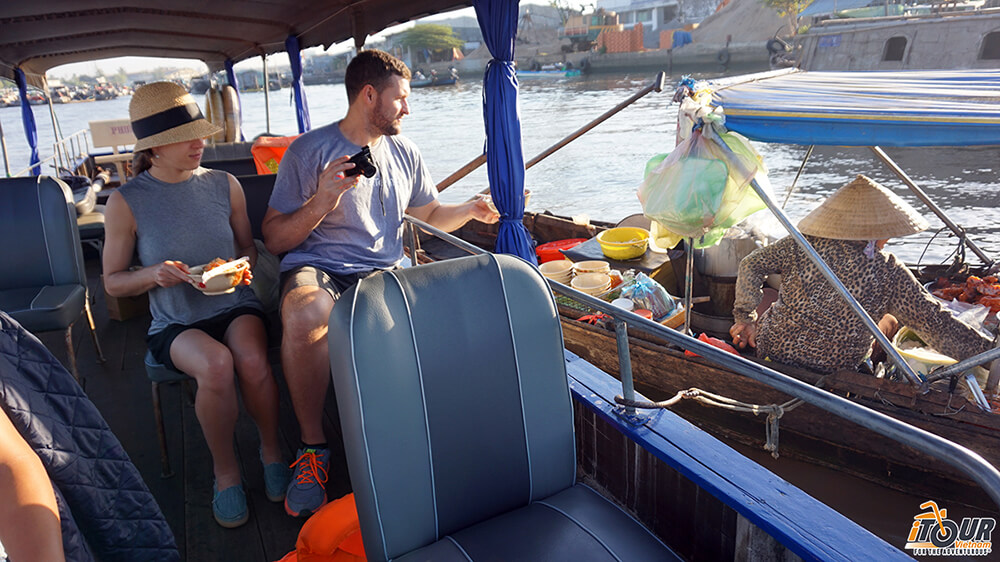 Land types in Vietnam are diverse but generally fertile and beneficial to agriculture and fishery development. Due to the advantageous conditions of Vietnam geology and climate, the country has eclectic vegetation of up to 14,600 plant species. Tropical forests are the main homes to Vietnam vegetation which consists mostly of plants that are prone to sunlight, favoring high temperature and high humidity.

Fauna in Vietnam is also varied, registering 275 species of mammals, 800 species of birds, 180 species of reptiles, 80 species of amphibians, 2,400 species of fish, and 5,000 species of insects, with several animal species recorded in IUCN Red List of Threatened Species. Northern Highlands and mountains are home to many Asian black bears, sun bears, foxes, and civets while dense forests house many types of monkeys (red-shanked douc for example) and wild cats. 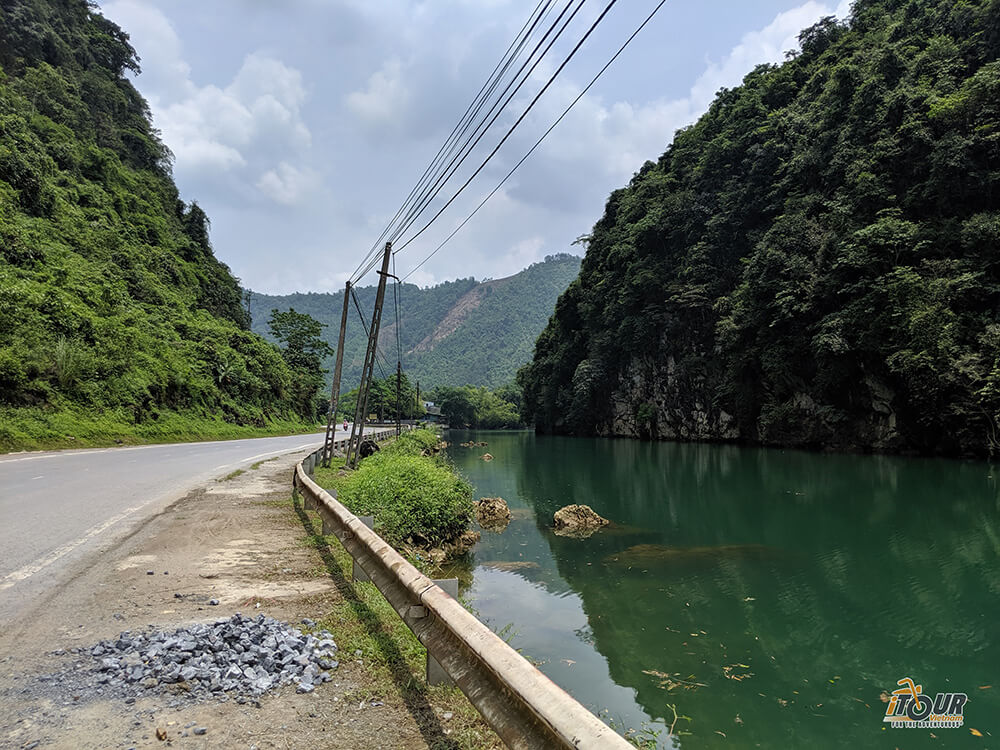 Nature reserves are home to Vietnam’s varied flora and fauna 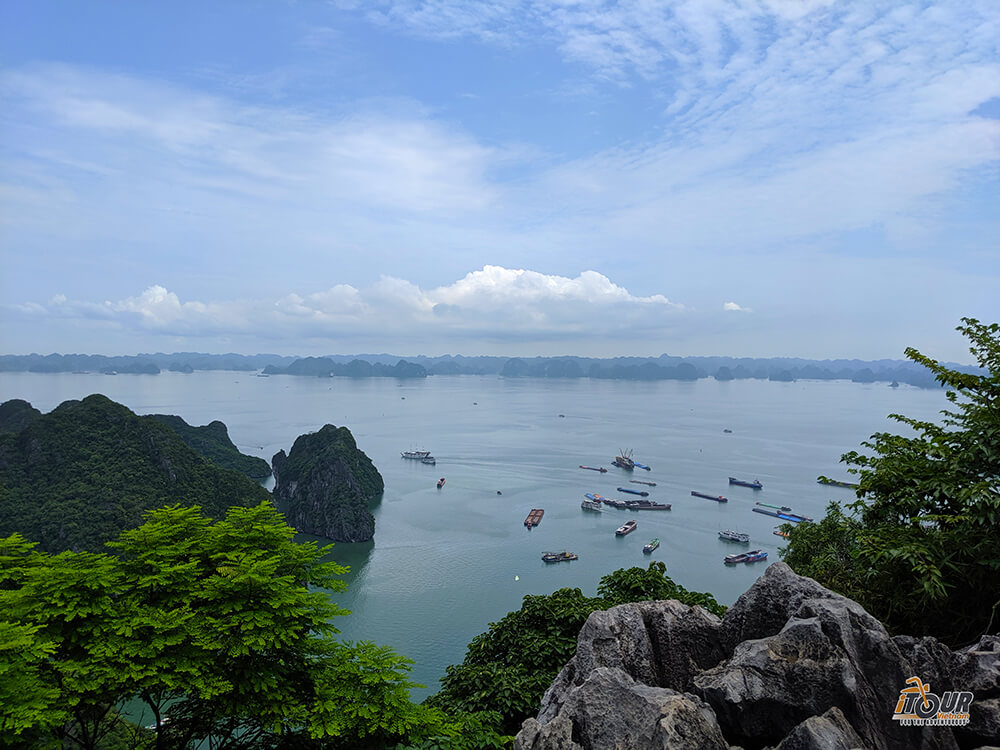 The fact that UNESCO has recognized 9 of Vietnamese biosphere reserves as World’s reserves, including Can Gio Mangrove, Dong Nai, Cat Ba, Kien Giang, Ca Mau, Cu Lao Cham, Red River Delta, Western Nghe An, and Langbiang is a testament to the richness of Vietnam’s geography.

Get a free quote for Vietnam Travel Insurance:

A long glimpse into Vietnam’s geography to know that the country is characterized by overall low hills and mountains, wide-ranging flora and fauna, extensive rivers, and most importantly, two massive plains surrounding the biggest rivers where most residents reside and most economic activity takes place. Maybe due to this favorable nature, Vietnamese people tend to have a relaxed, friendly and laid back attitude to life, as well as heartwarming hospitality.

Fancy an authentic insight into Vietnamese culture and landmarks? Check out our adventure tours with expert local guides in Ho Chi Minh City!