Try These Types of Vietnamese Noodles Among the types of Vietnamese Noodles, Bun can be considered the most popular one due to its versatility. These slippery noodles are usually cooked with pork shank broth, flavored depending on the cook’s taste and the regional style, and topped with different types of meat or seafood. Other than that, rice vermicelli can be found in summer rolls (goi cuon), as a side dish for congee or to be eaten with steaming hotpot. It can be very thin or as thick as a chopstick. Some typical dishes with Bun are Bun Rieu, Bun Cha, Bun Thit Nuong, and Bun Bo Hue. 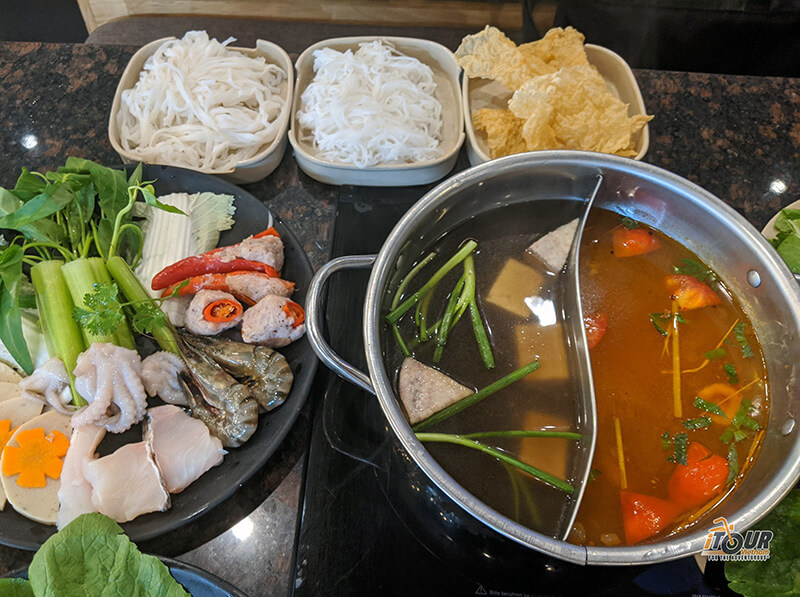 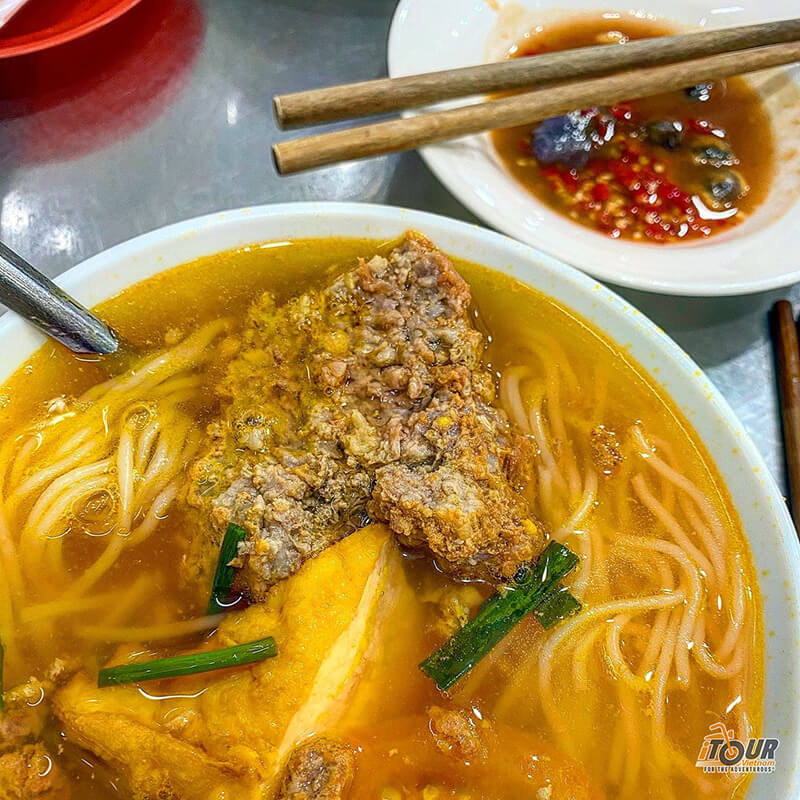 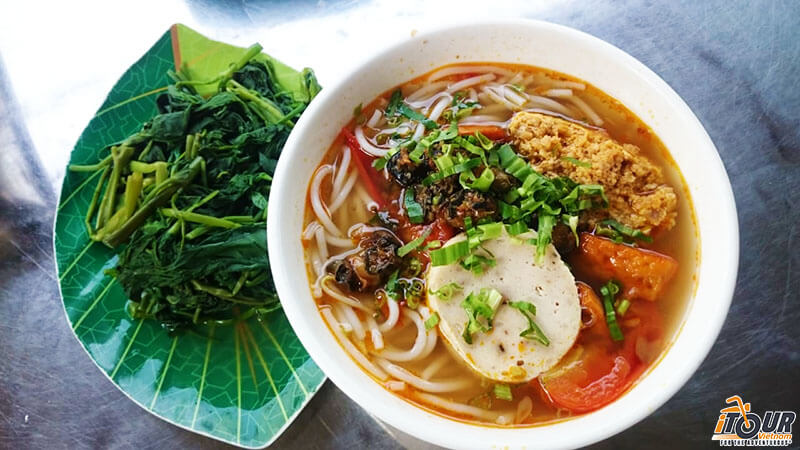 Canh Bun has a similar broth to Bun Rieu, but the vermicelli is much thicker and this Vietnamese noodles soup is served with boiled morning glory Pho has been the worldwide icon of Vietnamese cuisine and is surely one of the most famous types of Vietnamese noodles. The noodles of this dish are called Banh Pho, which is also made from rice like Bun but it is flat, not string-shaped. Pho has many variants that are usually separated based on the types of meat going together or the cooking process, such as Pho Bo (Pho with Beef), Pho Ga (Pho with Chicken), Pho Xao (Stirred Pho), and Pho Cuon (Rolled Pho).

Check out the Best Places to Eat an Authentic Pho in Ho Chi Minh City. 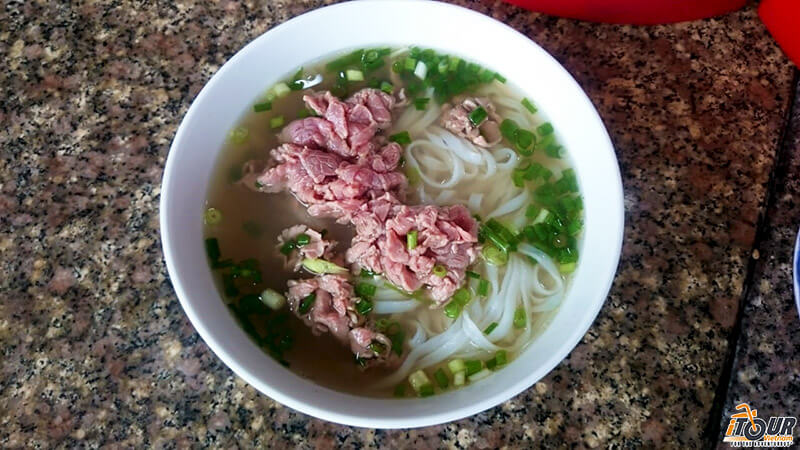 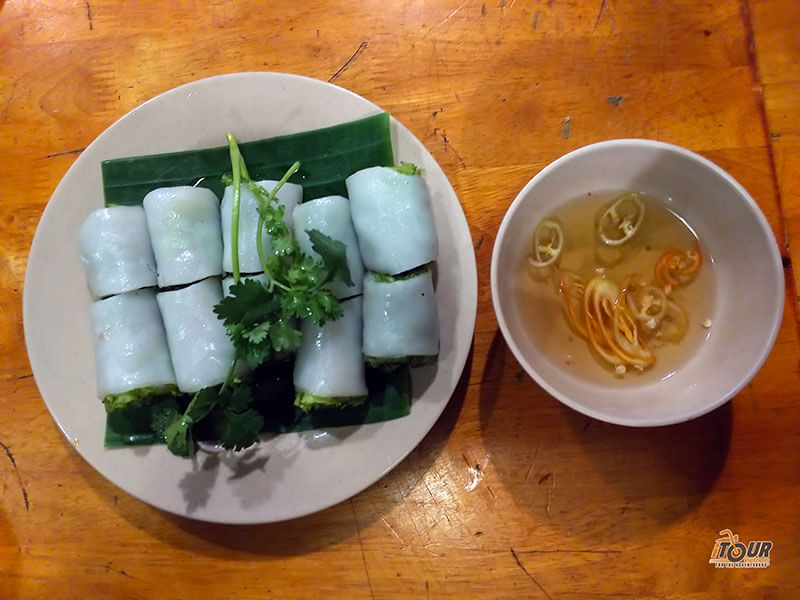 Another version of the Pho noodle is flat (almost like a sheet of paper), and then filled with veggies and protein to create Pho Cuon. Pho Cuon is more popular in Northern Pho cuisine.

Made from tapioca flour or tapioca flour mixed with rice flour, the chewy texture is what made Banh Canh stands out among the long list of types of Vietnamese noodles. It is said to resemble Japanese udon noodles, but since udon is made from wheat flour, it might be a bit more stodgy compared to Banh Canh. Some common toppings for Banh Canh are ham hocks, fish cakes, and seafood. 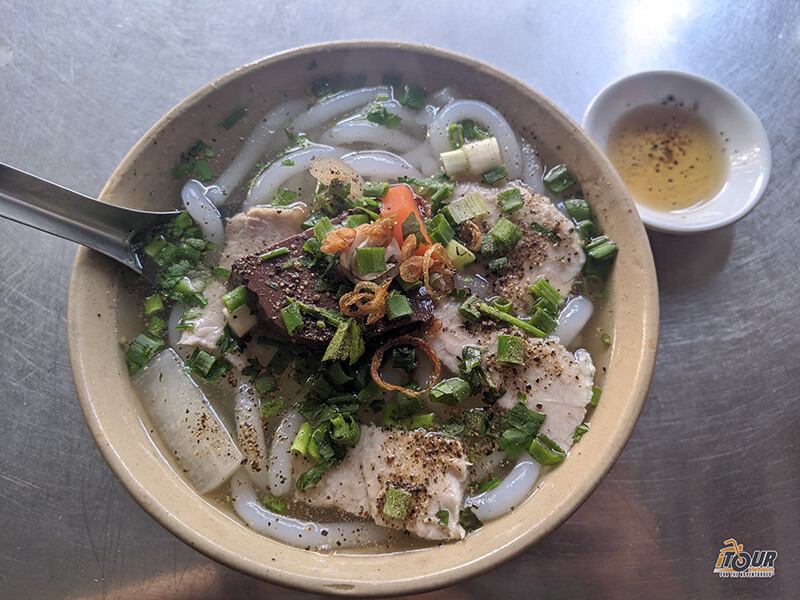 Depends on the method of making and the ratio of different flours, different types of Banh Canh noodles can have certain differences. In the picture is called "Banh Canh Bot Loc", which is made from tapioca starch and rice flour 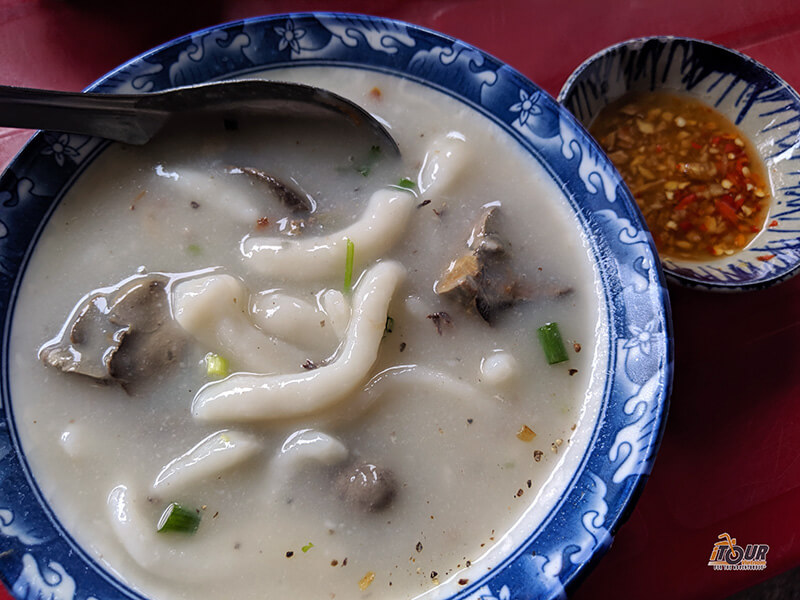 "Banh Canh Bot Xat", which is more commonly found in the Mekong Delta, is made with more rice flour as well as wheat flour. The name itself refers to the act of manually cutting the noodles piece by piece.

Being easy to find, affordable, and delicious are what makes Mi becomes one of the most favorite types of Vietnamese noodles. Combined with various ingredients and flavorful seasoning, this common choice of noodles can bring you a new experience. Stir-fried egg noodles with seafood or beef are other great choices for an idyllic yet mouthwatering meal. Other than that, egg noodles soup with seafood or wonton is also worth trying. 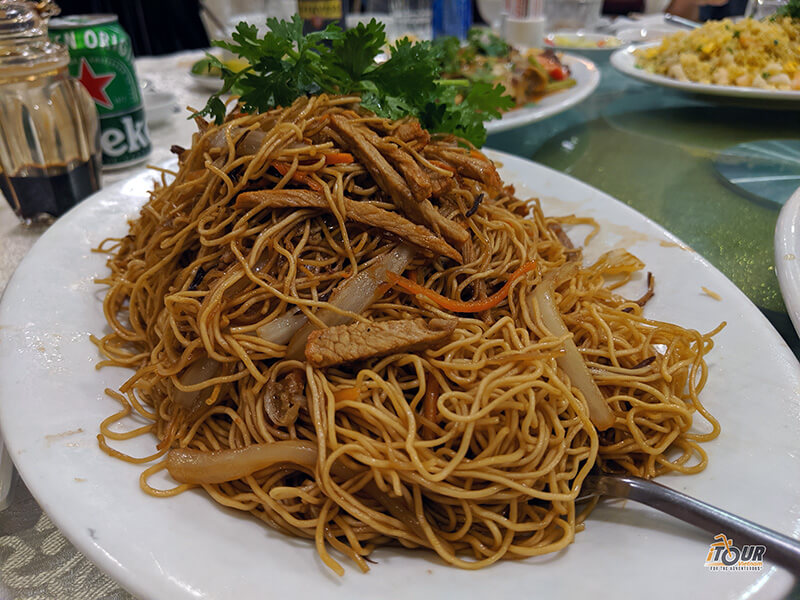 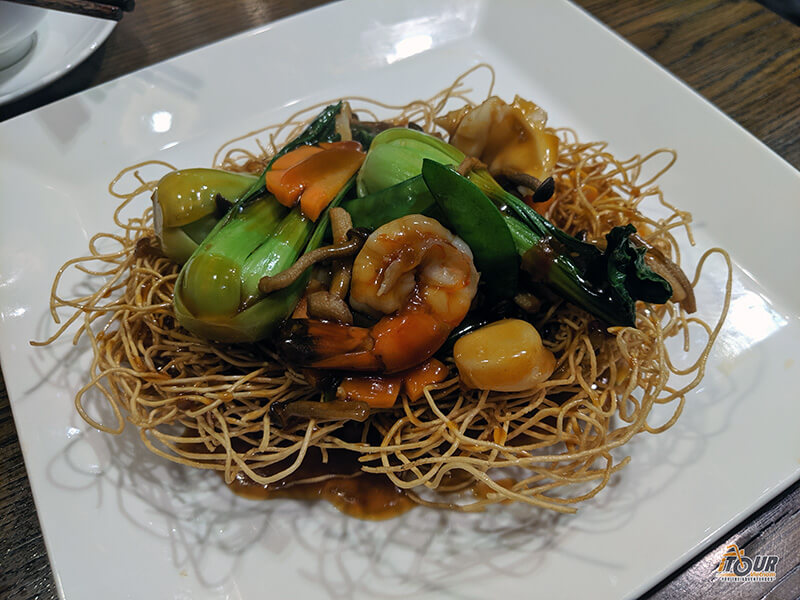 These squarish rice noodles are chosen for breakfast by many local people. The noodles and the soup can be served together or separately. A bowl of Hu Tieu could include many toppings like slices of pork and pork liver, minced pork, shrimp, squid, and quail eggs. 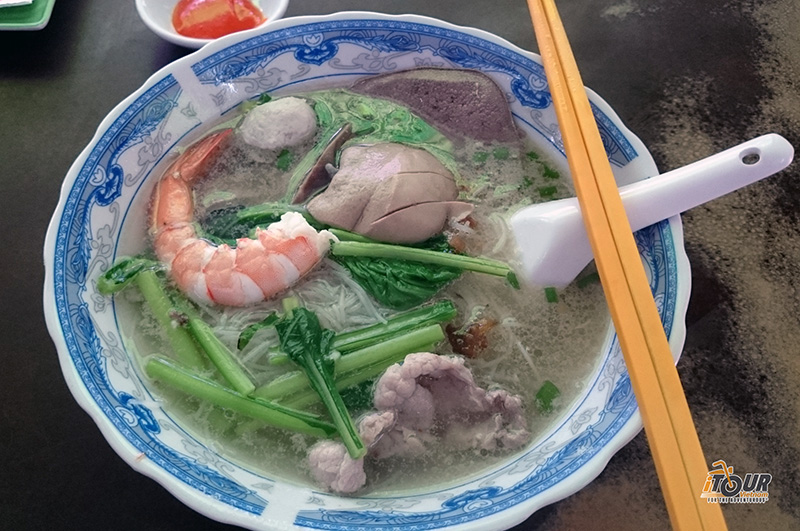 In some places, Mien is also called Chinese Bun. These gray, opaque noodles are made from mung bean flour or tapioca flour which give it a chewy and slippery texture. Chicken broth is the most suitable soup for these noodles, but the stir-fried and mixed version is worth trying, too. 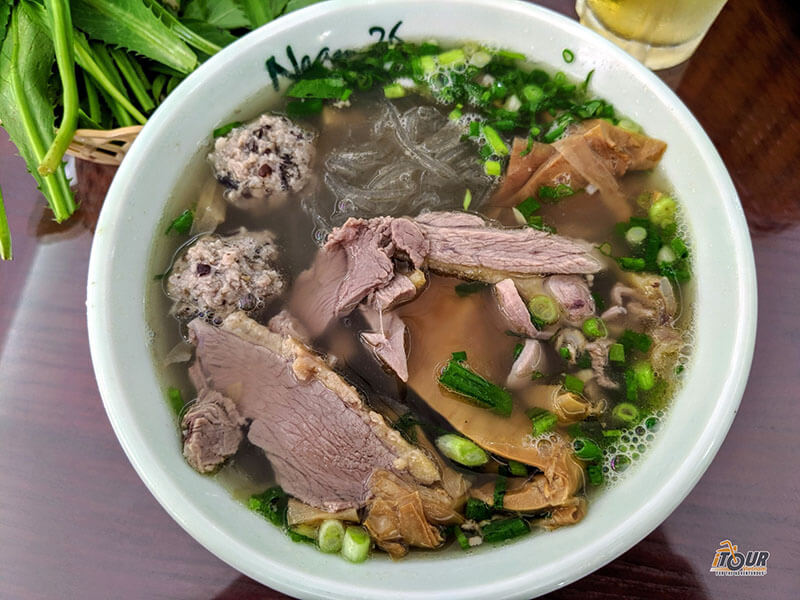 Served with some common Vietnamese vegetables and pork, Cao Lau is a dish that you should try when visiting Hoi An. The noodles in Cao Lau are also made from rice, but the texture is very special. It is said to be the combination of chewiness, softness, and dryness. There is unknown whether this type of noodles is influenced by Chinese or Japanese cuisine. No matter where it is from, Cao Lau remains a unique dish of Central Vietnam. 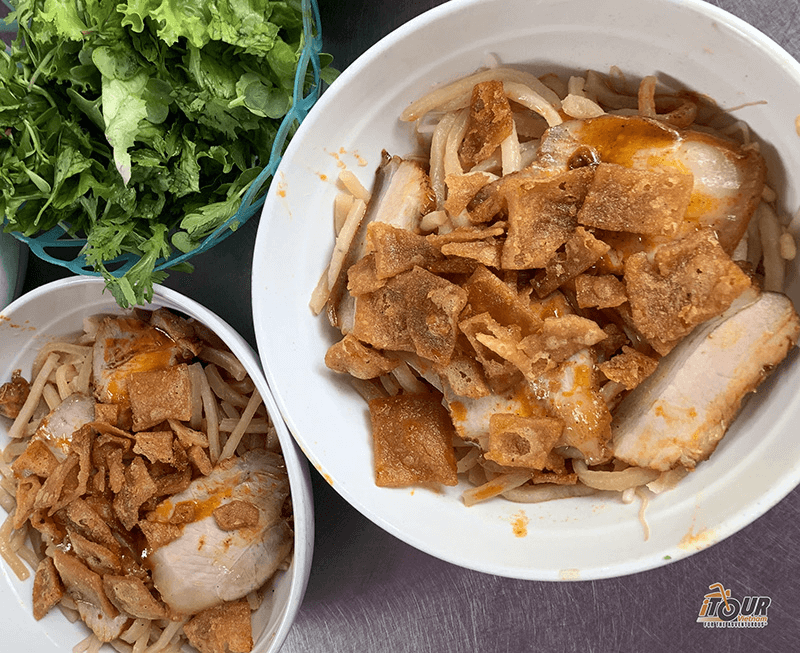 Cao Lau offers a signature flavor of Hoi An

Like Cao Lau, Mi Quang is also a representative of Central Vietnamese cuisine. The shape and size of the noodles in Mi Quang are very similar to Banh Pho, but some substances which are added during the making process have made it chewier. A special characteristic of Mi Quang is that in the original version, it is served with very little soup. 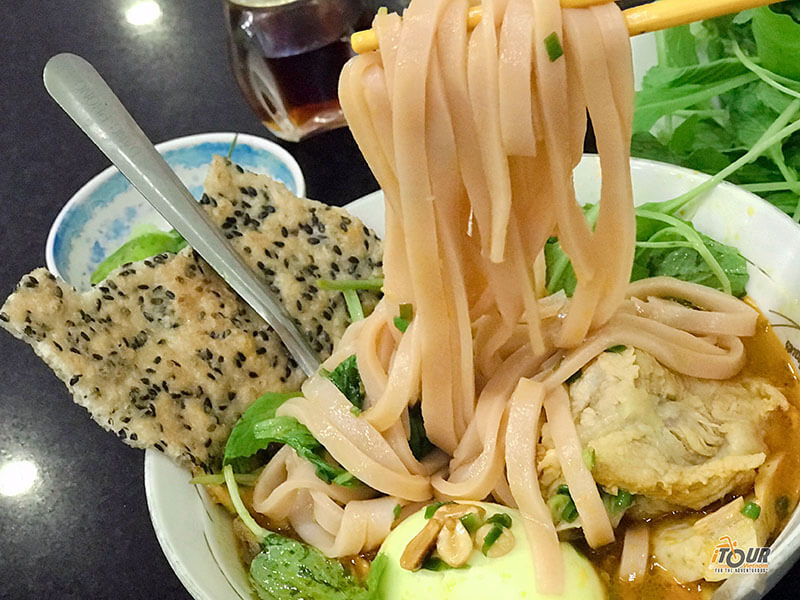 Despite the similar shape to Pho, Mi Quang is noticeably thicker and a bit chewier

Originated from Hai Phong, a northern province of Vietnam, Banh Da Cua has been a famous specialty of this land. The noodles, Banh Da, can be white, or brownish red/yellowish brown color of caramel. It looks similar to Banh Pho, but a little thinner and almost transparent. The soup is flavored with crab fat, which makes the taste of Banh Da Cua stand out among other types of Vietnamese noodles. 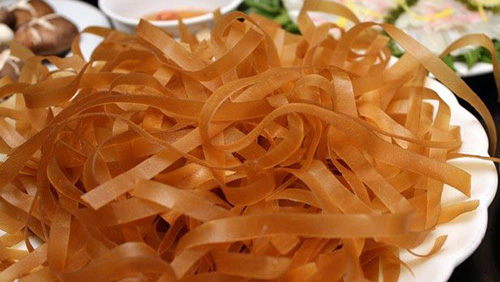 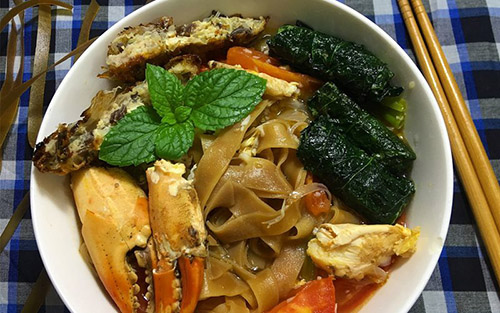 This rice noodle is a good option for either snacks or main courses. It is white and quite long like a silkworm, and the qualified Banh Tam Bi needs to be neither too firm nor too sticky. The word “Bi” in Banh Tam Bi is the Vietnamese word for pork skin mixed with some string pork and powder grilled rice. Coconut milk, local greens, a tasty small bowl of fish sauce are other important components of this dish. 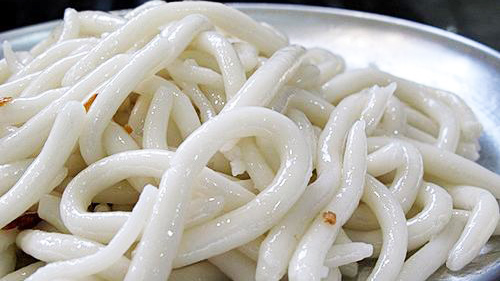 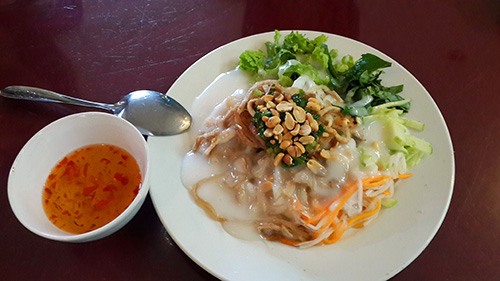 Banh Lot looks almost the same to Banh Tam Bi, but it is much shorter, made of tapioca flour, and considered as dessert only. It is a unique snack of the Mekong Delta, goes well with coconut milk or palm sugar caramel. 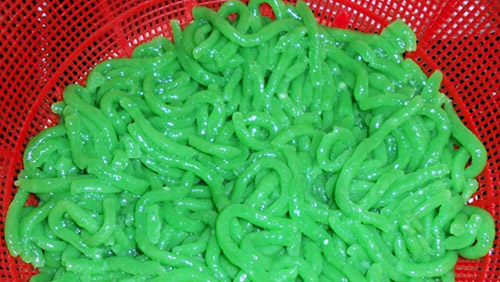 Summary of Try These Types of Vietnamese Noodles

Despite being made from the same ingredients such as rice flour or tapioca flour, different types of Vietnamese noodles have different shape and taste, and different ways to enjoy. There is no better way to distinguish them than to try them all yourself.

Check out the Best Vietnamese Dishes to see other dishes that you should not miss out.

I've tried all on this list except for banh tam bi