The Ultimate Historical Travel List for 2020: What You Should Visit Traveling the world and enjoying the relaxation of beaches or the fun exotic locales is just one way you can experience different cultures and countries. The other is experiencing the rich history that traveling can offer, and it is essential to enrich ourselves about the past.

Historical travel destinations are many, so it is hard to narrow it down to just a few, but this list includes some of the must-visit places for any history buff packing their bags. Check out where you should go next in 2020 to learn more about culture and tradition abroad.

This Southeastern Asian country is home to an astounding list of historical sites. Among the most important to visit are the Ho Chi Minh Mausoleum in Hanoi - the final resting place of the Communist party and North Vietnam former leader, the Imperial City of Hue with its impressive architecture dating back to its capital city status in 1802, and the impressive Cu Chi Tunnels used during the Vietnam war. This country's history is rich with imperial dynasties as well as dark reminders of the atrocities of war, but it does not take away from the beautiful jungle vistas and bustling urban cities filled with colorful culture.

Another country with an equally beautiful but haunted past is the Eastern European country of Poland. The many sites to see in Poland reflect its history entrenched in European monarchistic tradition, from the Wawel Cathedral, the former monarchy castle and now resting place for many nobles and religious leaders, to the Wieliczka Salt Mine, a labyrinth of epic proportions and testament to the history of the Polish workers, there is no lack of wonders. On the darker side, there are the Krakow and Auschwitz-Birkenau Concentration Camp museums, which the experts from https://www.adaptabletravel.co.uk/tour/trips-to-krakow-auschwitz-and-the-holocaust describe as must-visit educational vacation spots to learn about the atrocities of WW2. Poland is a surprisingly historic place to visit and one to add to your list.

Canada is gigantic in geographic size, so there is a lot of traveling to expect and an equal amount of history to explore. The colonization from English and French has left many sites to see, including the Quebec Fortifications in Quebec City, the oldest standing city defensive wall in North America, or the Parliament Buildings in Ottawa, built back in 1859 and served as their government seats. While the country is young, Canada has a growing tourism industry focused on natural beauty, but the historic buildings and landmarks are not to be missed either.

When you picture Central and Southeastern Europe, sunny beaches usually does not come to mind. Croatia is an interesting blend of Central European culture and history, along with Mediterranean climates by the coast. 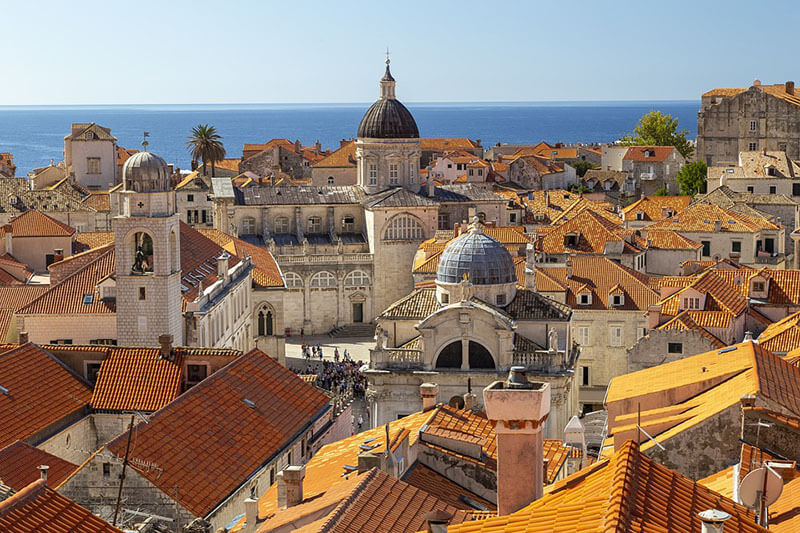 The most notable historical sites to visit are the Pula Arena, an ancient Roman amphitheater constructed in the first century A. D, and the Bokar Fortress, located in Dubrovnik's capital served as a defense for the cities Pile Gate dating all the way back to the 1400s. Croatia is a friendly reminder that some of the most spectacular historical sites can be tucked away in unsuspecting places.

At the Southern tip, this South American country is home to a beautiful mix of natural beauty and royal history. The Casa Rosada, or “Pink Palace” due to its color, was once home to the country's distinct dignitaries but now contains a branch of the government and a museum. Less of a historic landmark in the traditional sense is the Patagonia region at the Southernmost area of the country, a protected area home to a diverse range of cultures, languages, and animal species. Argentina is a lesser-visited country in South America but certainly deserves its fair share of attention because of its long history and diverse wildlife.

The number of historical landmarks to visit would be impossible to fit into one list, but there is always the chance to introduce people to unique countries with an interesting history that is not commonly referred to. Some of these countries on this list may not have ever been on your radar, but their landmarks and attractions should not be missed.

From Asia to South America, and everywhere in between, countries like Vietnam or Croatia offer something for everyone. The royal castles, museums, and natural wonders are among the many adventures in your journey to educate yourself on the world's history.

© Written by Allen B. for itourvn.com