The Pig in Traditional Asian Belief The Pig is a familiar animal to many Asian countries, especially the ones that have a long history associating with agriculture. Because of which, it has created the traditional Asian belief about what this animal represents, which still has a great impact on people’s life.

An Icon That Has Both Positive and Negative Sides

In traditional Asian belief, the pig represents either good or bad luck. Most of the countries have the conception that it is an icon for prosperity, fertility, and leisure. Korean people even have a superstition that if they see a pig in their dream, they should buy a lottery when they wake up since it is a sign of luck. As the pig reminds Asian people of richness, its image is commonly used in financial-related objects such as piggy banks or banking advertisements.

However, the pig is also widely used when talking about human’s bad characteristics like laziness or insatiable appetite. The Khmer, an ethnicity in Vietnam, firmly believes that the pigs which have five paws or three legs (one leg has a different color from the other four) carry the punished spirits. They would bring these pigs to the pagodas to give them a contemplative life to escape from their punishment. Or, if they keep these pigs at home, the animals would be treated like humans and received death ceremonies like a normal person when they passed out.

The Pig - The Twelfth Animal in Vietnamese/Chinese Zodiac

The Vietnamese Zodiac or Chinese Zodiac plays an important role in local people’s spiritual life. It contains twelve different animals, one of them are mythical (dragon), some are wild creatures, the others are domesticated. There is a myth that the order of the zodiac was decided by a race to heaven hosted by the Jade Emperor. And, the pig was the last animal to reach the finish line because he stopped in the middle of the competition to fill his empty stomach and then fell asleep. Fortunately, he woke up just in time to get the last spot.

Since then, each animal would be in charge of one year. According to traditional Asian belief, a person would have some specific characteristics of personalities and “types of energy” depending on the animal representing the year they were born. Because of this, the zodiac is one of the opponents that Asian people would take into consideration when they have to make important decisions such as what year to get married or what animal year their spouses and children should belong to. For example, the year of the Pig is believed to be a good year to have a kid in the belief of many Vietnamese.

About personalities, a person who was born in the Pig’s year is believed to be simple, trustworthy, and friendly. They are also honest and noble, always willing to forgive people’s mistakes. People of this age usually receive a lot of good luck and happiness in their whole life. They tend to believe and care for others too much that one of their weaknesses is gullibility. If you have an Asian friend born in the year of the Pig, see whether these conceptions are right.

The Pig in Vietnamese Culture and Cuisine

Pig is an animal that has a strong association with Vietnamese culture and cuisine. It has been domesticated for thousands of years and become an indispensable part of the local people’s daily life.

In many places in Vietnam, the pig is an important offering. In some region, it can be a part of the bride-price which is a list of presents that a boy need give to a girl’s family if he wants to marry her. The head of the pig also appears in a lot of special ceremonies.

In addition, the pig is the subject of several pictures that follow Vietnamese style folk paintings like Dong Ho or Kim Hoang. The pig in Dong Ho paintings is colorful and has the circle of yin and yang on their body to represent fertility, while the one of Kim Hoang style is stylized more with many unique parts. 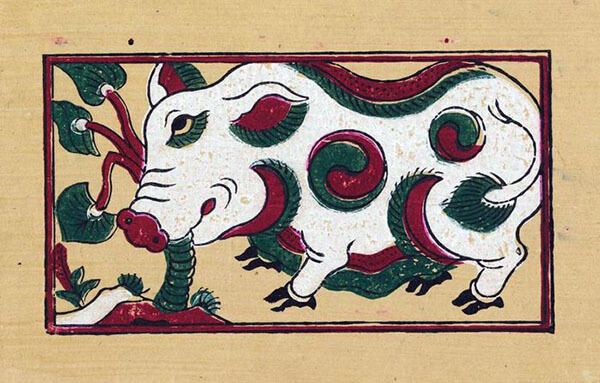 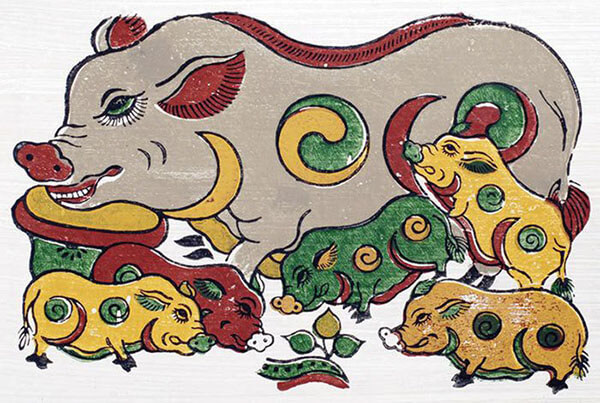 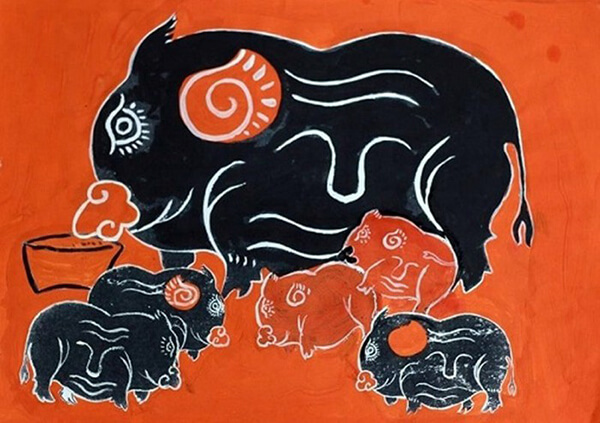 Among the domesticated animal, the pig is comparatively easy to raise and offers a large amount of meat. Therefore, there are lots of best Vietnamese dishes having pork as their main ingredient. Bun Cha, Bun Thit Nuong, Broken Rice are some typical examples and also the must-try dishes which can be found in your Vietnam food tour. 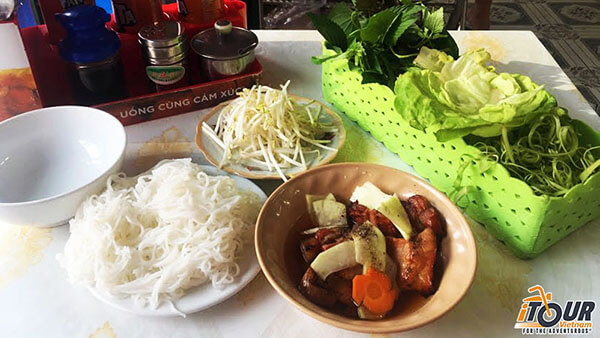 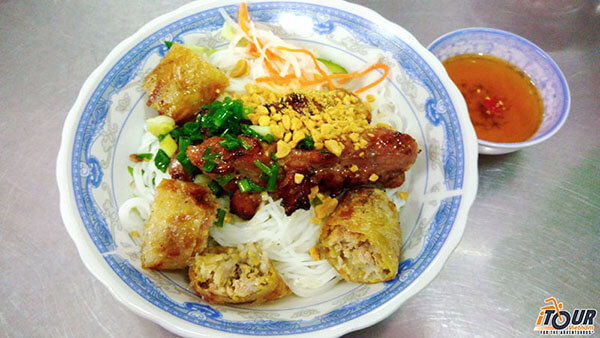 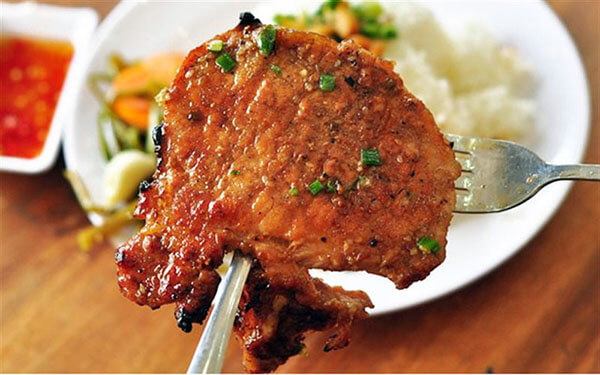 A slice of grilled pork in Broken Rice

Summary of The Pig in Traditional Asian Belief

The Pig in traditional Asian belief has many meanings, both positive and negative. It may affect important decisions in people's life since it has a place in the zodiac. In Vietnam, the pig is a popular object in culture and cuisine. It appears both in art and numerous mouthwatering dishes.