The Breathtaking Valleys in Vietnam 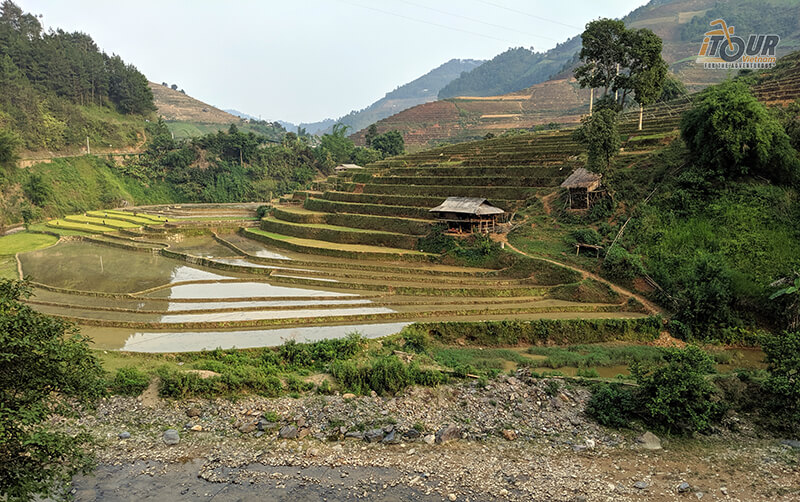 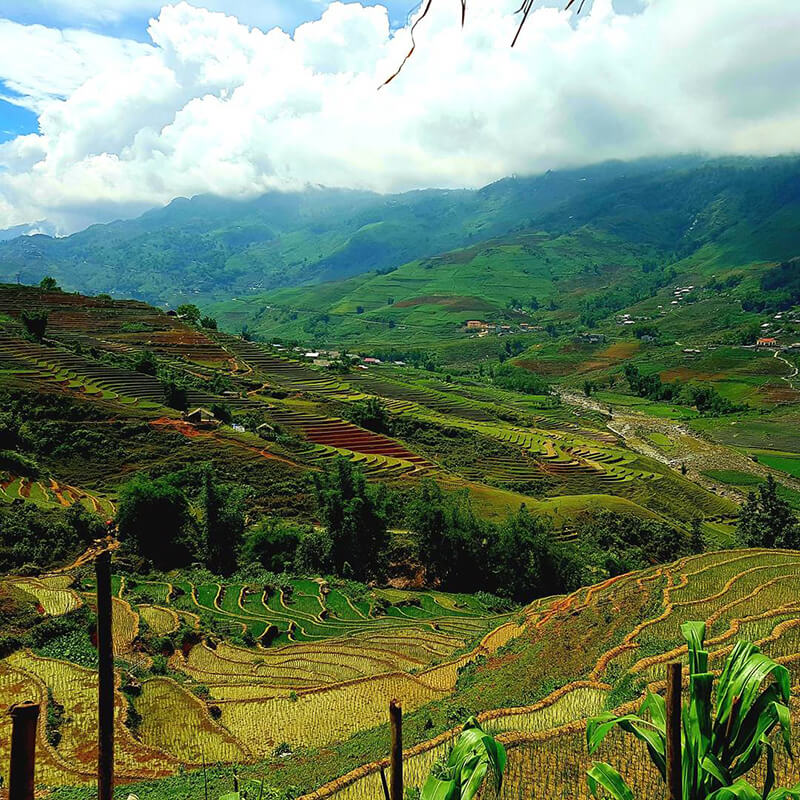 Located in Sapa in Lao Cai province, Muong Hoa Valley’s impressively large expanse of terraced rice fields is undoubtedly its most attractive feature. There are also many ancient stones throughout the valley that have unusual signs sculpted into them. The origin and meaning of these stones are unexplained and remain a mystery.

Among this landscape, many ethnic minorities of Vietnam coexist peacefully, thus giving the area its own unique culture. Scattered around the valley are small villages such as Lao Chai, Ta Van, Hau Thao, and Ban Ho. Visitors to this area can experience the village life of the locals and their culture along with a refreshing atmosphere. 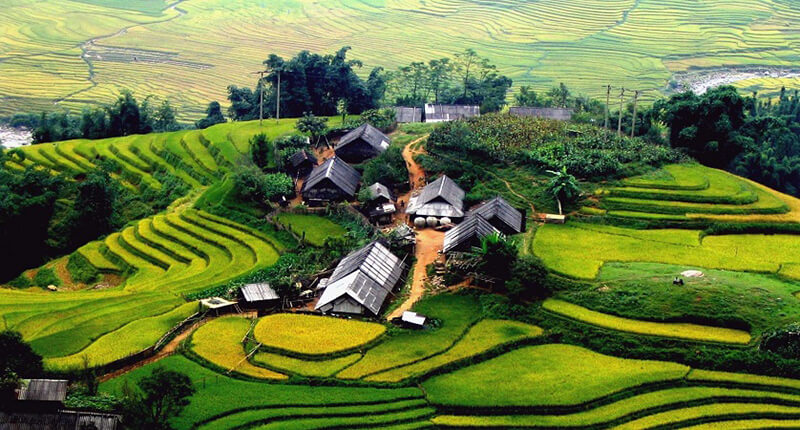 Muong Thanh Valley is situated in Dien Bien province, which is in the most northwestern region of Vietnam, bordering the country Laos. This valley is also known for its massive terraced rice fields but stands out from the rest due to its ability to produce the highest quality of rice in the nation. This could be attributed to the nearby Nam Rom River, which supplies the water used for the paddy fields.

In the 20th century, Muong Thanh Valley was the site of a famous historical event called the battle of Dien Bien Phu (1954). It is here that the Vietnamese forces defeated the French in a battle for Vietnam’s independence. Nowadays, the remains of old French military bases scattered throughout the valley are open to visitors to explore. 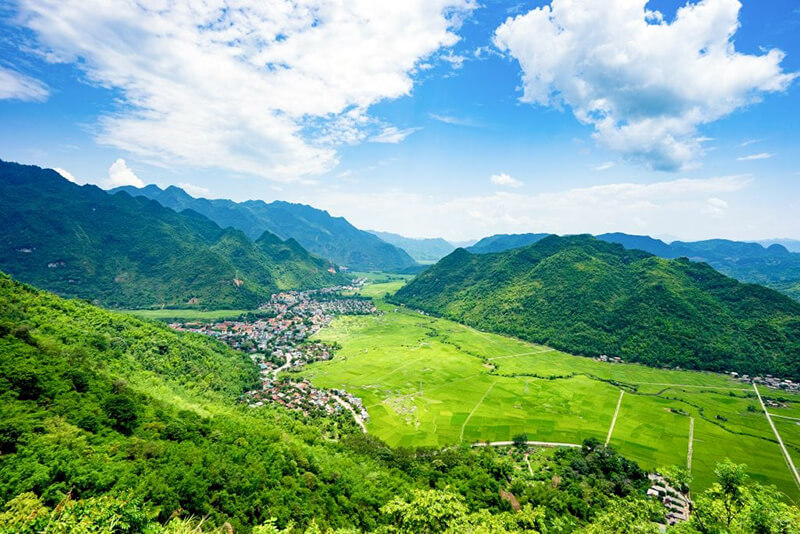 Positioned southwest of Hanoi, Mai Chau Valley, in Hoa Binh province is a popular valley to visit due to its proximity to the capital of Vietnam. The valley is surrounded by incredible karst mountains, which creates a breathtaking panorama of the area when viewed from a high elevation. Visitors can take a walk or rent a bicycle to enjoy the wide stretch of rice paddy fields, which can be an immense sea of green in May or golden in June.

Besides, visitors can visit the villages of the local Tai Don people such as Lac village and Pom Coong village and immerse themselves with the local culture. A popular thing to do in these villages is to book an overnight homestay experience, which will allow visitors an opportunity to stay in a traditional stilt house. 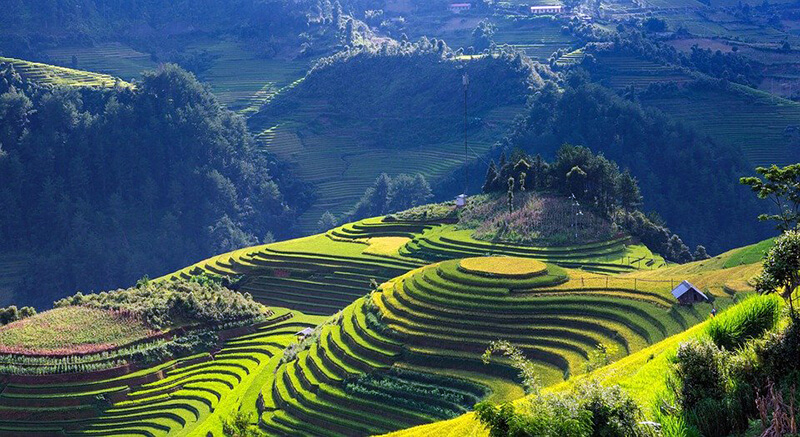 Compared to other valleys, Muong Lo Valley is quite large and is bordered by the Hoang Lien Son mountain range, an eastern extension of the Himalayas mountain. Visitors are recommended to visit this region during the peak rice season in September to witness the awe-inspiring sea of golden rice paddies. 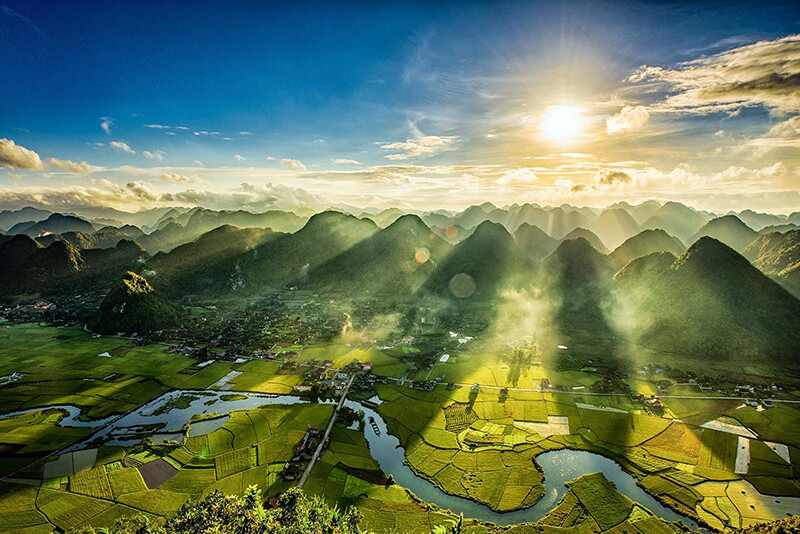 The spectacular panoramic view of Bac Son Valley in the morning

Bac Son Valley sits in Lang Son province in the northeastern region of Vietnam and is considered to be the valley with the most sublime landscape in Vietnam. The scenery of the area can change drastically within a single day, allowing visitors to experience multiple types of scenery from dawn to dusk.

The largest ethnic group of Vietnam, the Tay people, resides in this area, and visitors can discover their lifestyle and culture while in the vicinity. Visitors are encouraged to take a hike to the peak of Mount Na Lay to appreciate the panoramic view of the valley in all of its grandeur glory. 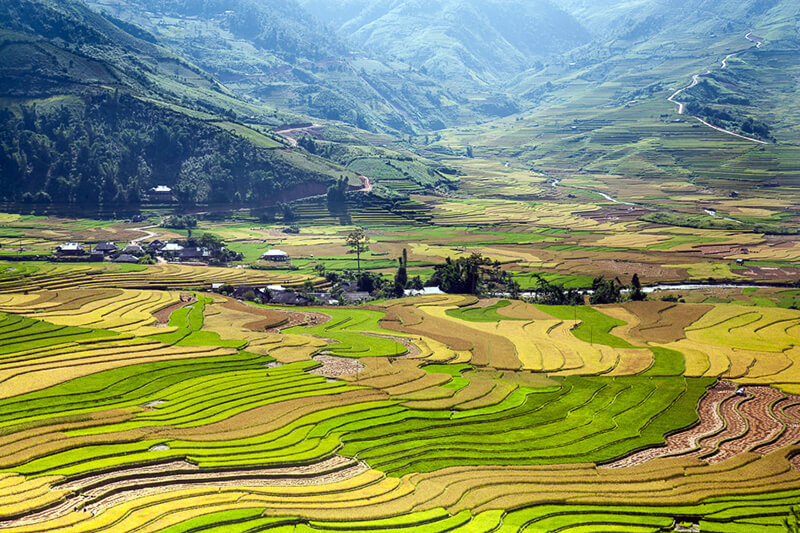 Tu Le Valley is an off-the-beaten-path destination located in Yen Bai province in northwestern Vietnam. Tu Le Valley includes all the features of valleys in Vietnam that are in the northwestern region, such as boundless terraced rice fields and high karst mountain formations. It is said that the river in this valley remains warm all year round.

A small population of ethnic minorities lives in isolated villages in this area and has yet to fully adapt to the tourism industry. However, visitors who wish to seek out an adventure on a less-traveled road can still find adequate accommodations. 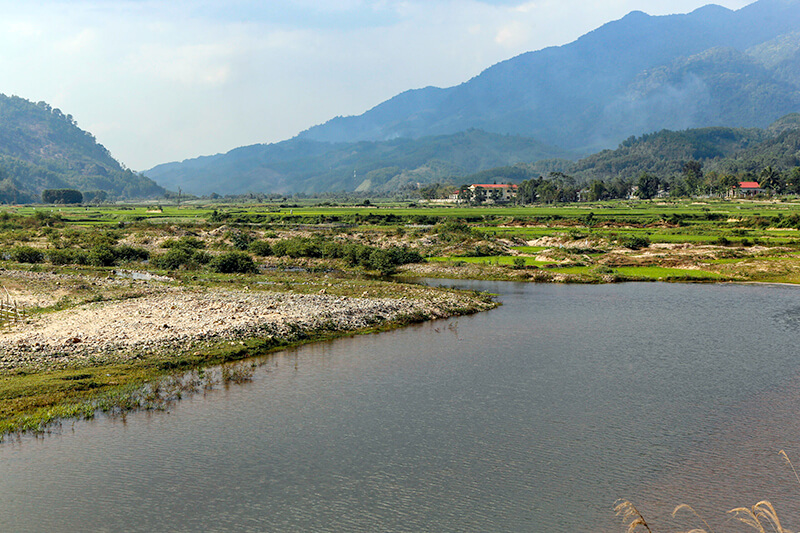 The bare landscape of A Sau Valley

Positioned just west of the city of Hue, A Sau Valley is in Thua Thien - Hue province. A Sau Valley has a bare expanse of landscape, and the local villages resonate with a simple lifestyle. However, visitors will soon discover that behind the quaint atmosphere is a grim history.

The valley was the grounds of an American military base during the Vietnam War. It was also an entry point for the famous Ho Chi Minh Trail, which brought Northern Vietnamese troops and materials into Southern Vietnam. Because of the war, A Sau Valley was a stage for many brutal battles and has witnessed the countless loss of lives, especially during the notorious battle of Hamburger Hill in 1969.

Today, the valley is slowly recovering from the devastation of wartime; much of the lands are still left in a barren state. Small scale agriculture efforts are in effect to bring prosperity back to the area. 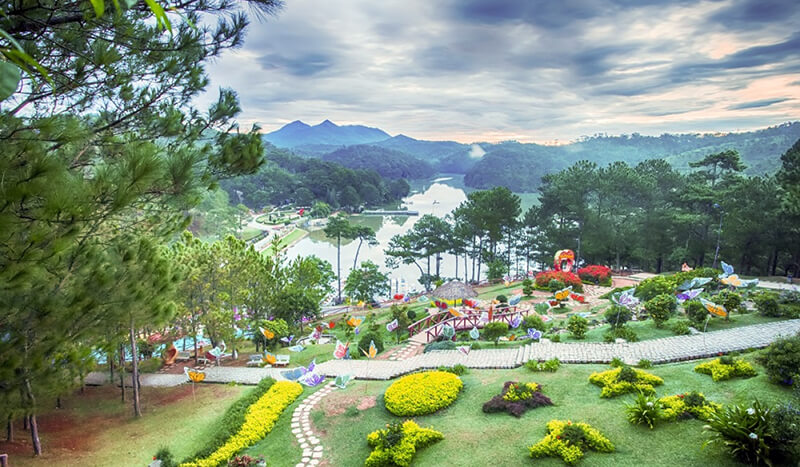 Located in Da Lat in Lam Dong province, Love Valley is known as one of the most romantic places in Vietnam. This valley is atypical to the usual valleys found in Vietnam because of its lack of rice paddies. However, Love Valley still retains the picturesque landscape of rolling hills. The area is a convergence of gentle streams and pristine ponds in a lush pine forest surrounded by high mountains.

On occasion, the valley will be covered by a veil of fog, giving it a sense of mystery. Visitors can enjoy the abundance of flower varieties throughout the area, along with its panoramic view. The atmosphere of the valley is very enjoyable, partly thanks to the comfortable weather.

Valleys in Vietnam can be considered hidden gems where visitors can immerse themselves in the country’s natural beauty. No matter which valley you choose to visit, you are guaranteed to have a fantastic view that will exemplify Vietnam’s landscape of mountains and forests.

Check out our blog on Mountains for Hiking and Trekking in Vietnam.