The Best Pho in Hanoi and Where to Find It Pho is probably the most internationally recognized dish that has ever come out of Vietnam. It gains the love of the whole world thanks to the harmonious combination of beefy broth, soft but chewy rice noodles and blanched beef. No one knows for sure when it was first created, but there's no doubt that this Vietnamese staple originated from the country’s capital city. In this blog, we’ll guide you to authentic places to taste the best Pho in Hanoi!

The Characteristics of Pho in Hanoi

In Hanoi, Pho is a breakfast item that's enjoyed by every generation. But some love it so much that they can replace other meals of the day with it.

The way to make Pho varies but the biggest differences lie between Southern Pho and Hanoi's Pho. First, it starts with the broth. In the South, Pho is often sweeter and richer. Meanwhile, Hanoi’s Pho has a clearer, smoother taste. Some even claim that it has a deeper flavor of beef and spices. 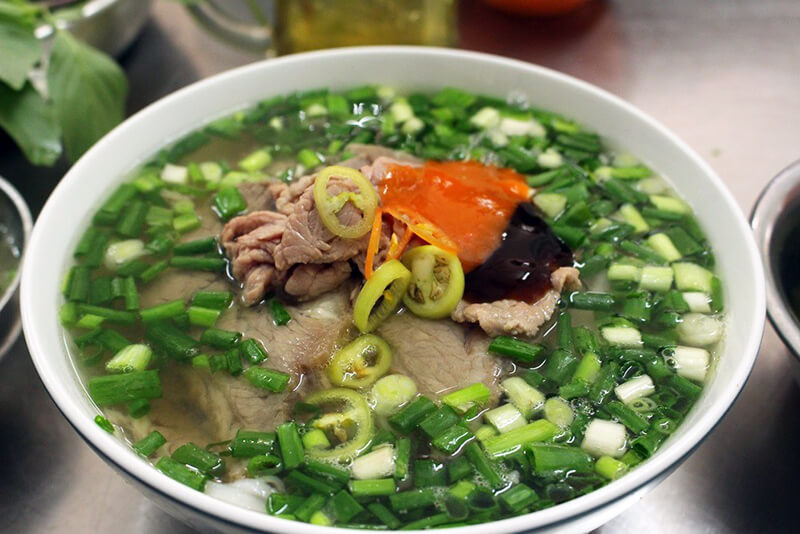 Northern Pho with its clear stock

Secondly, the noodles are not the same. Southern Pho noodles are commonly manufactured by machines for better proficiency. In Hanoi, they do it by hand, meaning that the strands are bigger, which gives a more fulfilling texture. 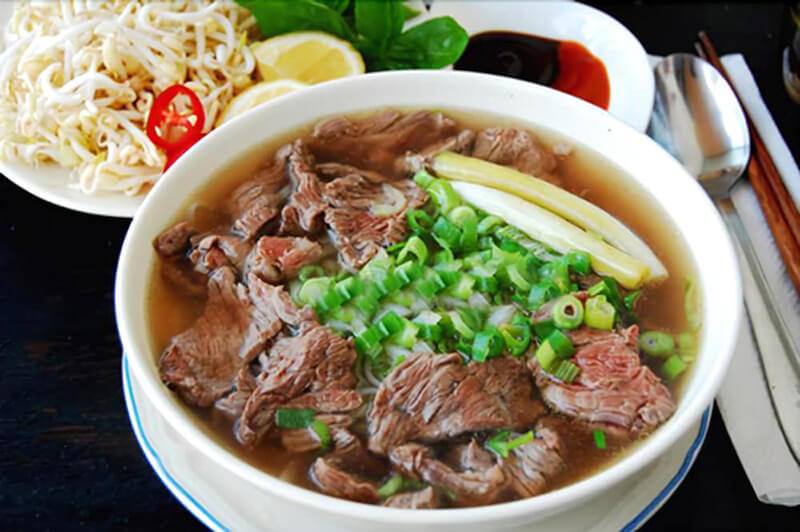 Last but not least, both can be distinguished by the cuts of beef. In Hanoi, they don’t offer as many cuts as they do in the South. A typical bowl of Hanoian Pho only has some slices of boiled brisket and freshly blanched beef. 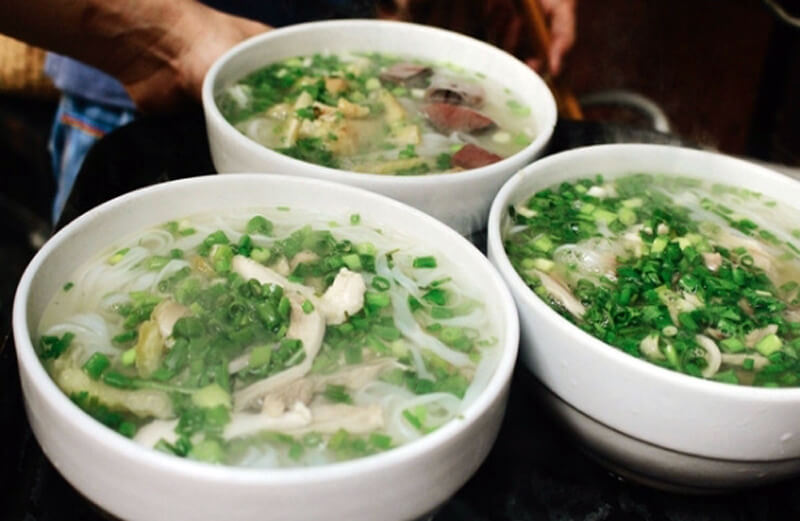 Northern Pho has interesting alternatives for beef like chicken or duck

Places to Find the Best Pho in Hanoi

Here are some stores where you can find the best Pho in Hanoi as voted by travelers globally: 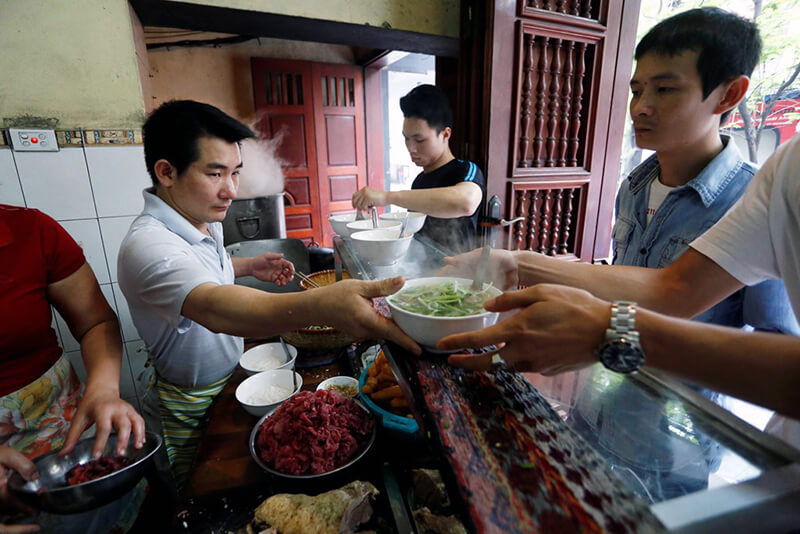 Some people call Pho Bat Dan the "museum of soup"

The restaurant is considered the epitome of Pho, a combination of quality and quantity for a very reasonable price. The only worry you should have here is whether you can grab a seat since there’s always a long line of hungry patrons. 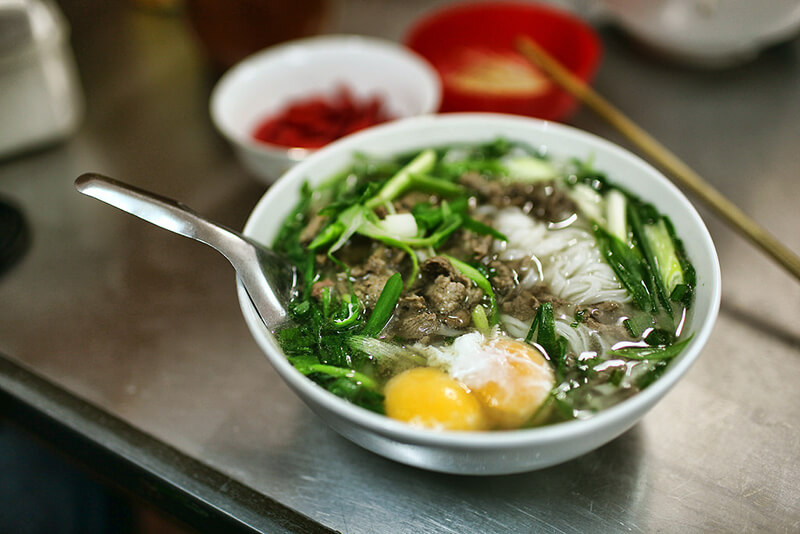 A bowl of Pho Thin

Recently made its way to Tokyo, this is another long-standing eatery when it comes to Pho. The unique feature here is their soft, yet chewy Pho noodles that are cooked to perfection. 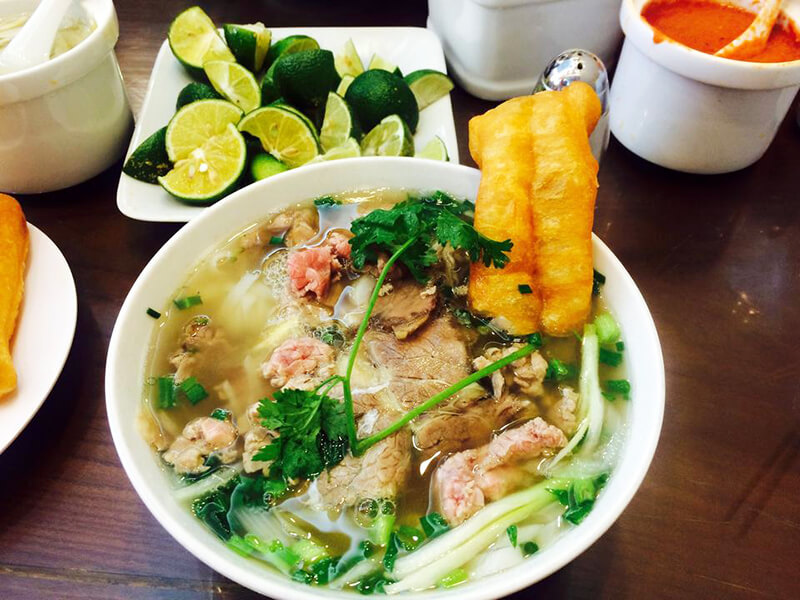 A sip of broth will warm your soul

Located right in the heart of the city, this Pho restaurant is so famous that the owner had to open up several others to keep up with the rising demand. Here, the beef is stir-fried first, then added to your bowl rather than blanched.

Local Favorites of Pho in Hanoi

This is known as one of the most authentic Pho places of Hanoi. The way they prepare the noodles, the beef, and the broth remains the same as their ancestors’. 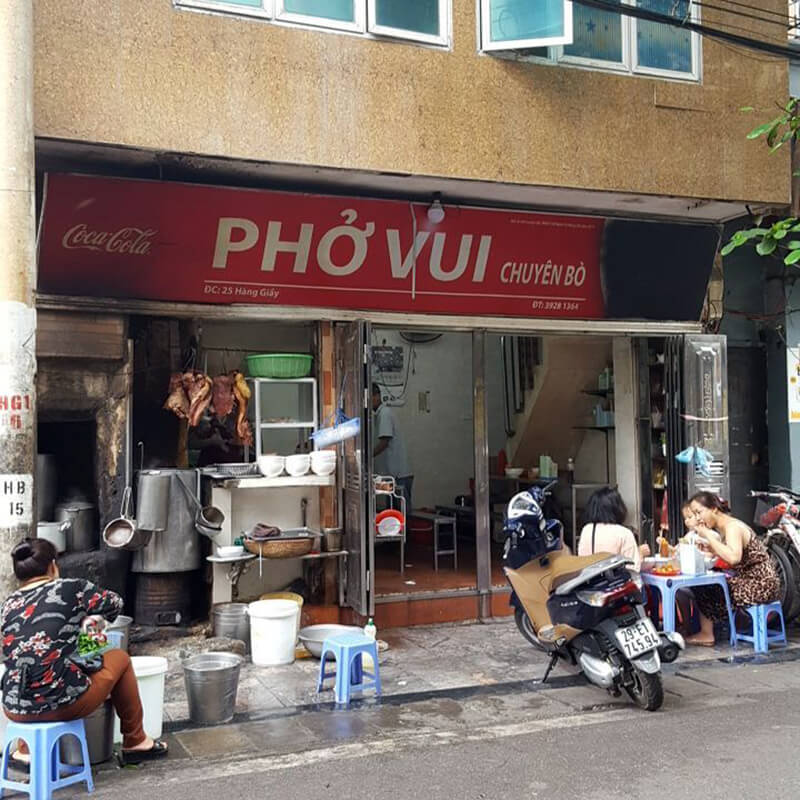 What makes Pho here special is that the delicious broth still keeps its traditional flavor: rich, sweet, fragrant, and a little fatty. Customers flock here to try Pho from the time of opening until it is out of stock.

Located in the charming West Lake District, this shop is characterized by its rustic look, a few plastic chairs, and tables - typical of Vietnam's sidewalk culture. But looks can be deceiving. Here, they serve amazing Pho with a genuine taste of Hanoi.

Enjoy the Best Pho in Hanoi!

Pho is a must-try dish when you're visiting the beautiful country called Vietnam. It has become one of the “international staples” that is adored by food lovers all around the world. Come to Hanoi and try our recommended Pho places right away!

Sign up for the world-leading travel insurance plan below:

© Written by Dung Tran for itourvn.com