Should You Try Weasel Coffee in Vietnam Other names of weasel coffee you may have heard of are kopi luwak, civet coffee, and cat poop coffee. It is one of the most luxury coffees known around the world. In Vietnam, we call it “ca phe chon”.

Is Vietnam Weasel Coffee Really Made from Poop?

Yes and no. The coffee beans are collected from the weasel droppings, but the final product has been cleaned and processed. So there is no poop in your cup of coffee, which is a good start to consider should you try weasel coffee in Vietnam.

The process of making regular beans for Vietnamese coffee is picking the ripe coffee cherries by hand, washing off the dirt, and removing bad cherries (dried, small pip, unripe). The qualified cherries are put in grinders to remove the pips from the flesh, and the beans are fermented in tanks for 24 - 36 hours. After that, they will be dried on racks in a tented house, protected from the sun, rain, and insects, and roasted until they have a dark brown color. 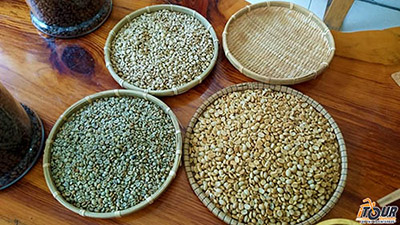 The final products of both coffees are not much different in look. The main difference between the normal coffee beans and the weasel coffee beans is that the flesh removing and fermenting processes are done by the weasel inside its organ instead of the human.

The weasel will find and eat the best ripe coffee cherries, digesting the flesh and excrete the pips. To take out the coffee beans and remove the dirt and outer skin, the feces from the weasel will be cleaned and rinsed. The beans when dried become hardened and have a moss green color. The final step is to roast the beans until they have a golden brown color and grind them into powder. 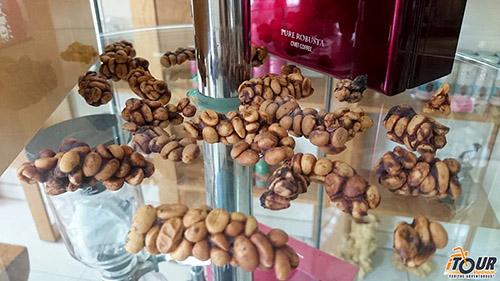 Should You Try Weasel Coffee in Vietnam?

Weasel coffee is sold worldwide and across Vietnam. It is exported in the form of powder or raw material (beans still attached in the dropping). It is slightly different from civet coffee from Indonesia because the two species are quite different, so the best weasel coffee can be said to be in Vietnam. But another factor to consider when you wonder if you should try weasel coffee in Vietnam is the production method.

Lam Dong and Dak Lak in Central Highland are the two most well-known regions for producing coffee and weasel coffee in Vietnam. There have not been official records of how much Vietnam weasel coffee is produced, but the coffee beans collected from weasels in the wild are much less (about 40-50 kg per year), compared to the amount collected from the weasels raised in cages. Many producers boast to have been producing tonnes of coffee beans per year with the later method.

However, this approach to exploit weasel coffee also creates controversy as the living conditions of the weasels in the farms are not guaranteed. In some poorly invested farms, they are held in narrow wire mesh cages, living in a dirty environment, and fed an unbalanced diet with only coffee cherries instead of other foods like insects and reptiles. This has made the environment enthusiasts create campaigns against it.

Where to Try Weasel Coffee in Vietnam?

There are many places like Ben Thanh Market and supermarkets in Ho Chi Minh City, Vietnam selling packaged weasel coffee powder and raw beans as well. The price ranges from VND 600,000 to VND 10,000,000 per kg because the transporting fees, the coffee bean producing process, and the ratio of weasel coffee beans in the powder are different. But the sources, the authenticity, and quality of these products are unclear.

Another option is to go to the showroom of coffee producers where they also sell the drink made from weasel coffee beans. One of the places puts up the price at VND 165,000/75 gram for Robusta beans and VND 300,000/75 gram for Mocha beans (with 10% of weasel coffee beans and 90% regular coffee beans). But still, as there is no farm in Ho Chi Minh City and it takes time, you cannot see the whole process from the beans taken out from weasel droppings to the ground fine powder to make your coffee. 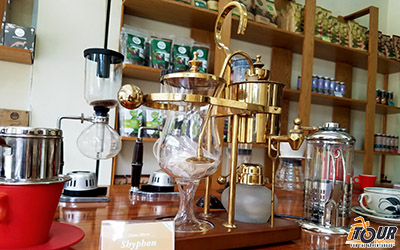 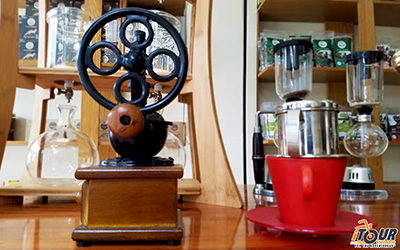 The best way to have weasel coffee in Vietnam is to go to the actual sources which are farms in Dak Lak, Da Lat, and Lam Dong. Here you can visit the farm where the farmers collect the beans, see the weasel, their living conditions in the farm, and the coffee production process.

If you want to stop by a cafe in Ho Chi Minh City that serves the weasel coffee, you can visit here:

Since the French colonized Indochina in the 19th century and developed the coffee plantation along with the tea growing industry near forests in the Central Highland of Vietnam in the early 20th century, the weasel coffee naturally came into being. The weasel got into the plantation, ate coffee cherries, and crapped out the beans; the farmers collected these and tried to make coffee with them because the regular ones are only for the privileges such as French colonists and nobles of the Nguyen dynasty. It was not until the sensation of the Indonesian kopi luwak around the world in the 1990s that weasel coffee in Vietnam gets more popular.

This would depend on the person’s taste buds' sensitivity. The taste, color, and smell of coffee liquid are slightly different from the coffee made from regular coffee beans. The color is actually lighter because of the roasting process. The coffee is still distinct by its bitter taste, chocolate brown color, and earthy smell from the roasted beans. 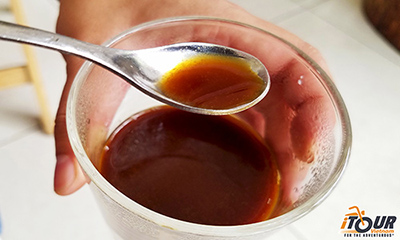 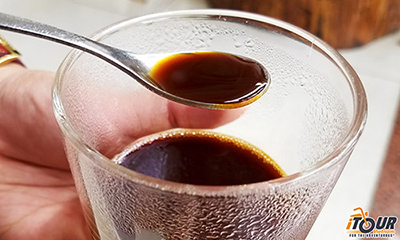 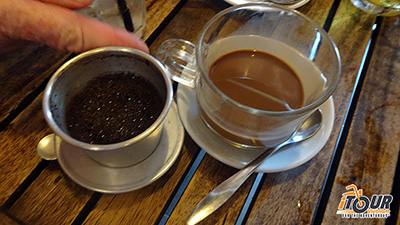 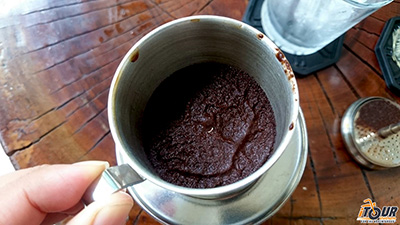 Are there health benefits to drinking weasel coffee?

To answer the question should you try weasel coffee in Vietnam, you may need to read this part. The scientific reports on the health benefits of the weasel coffee, other than those that can be offered by regular coffee, are controversial and could be manipulated to the interests of producers and protestors.

It is believed that the cherries selection and the chemical reactions inside the weasel’s organ are what make weasel coffee special. Enzymes of the weasel will reduce the amount of caffeine, break down the protein particles into amino acids, and also extract different kinds of sugar from the starch of the bean. That is why the weasel coffee has a smoother texture, better smell, and sweeter taste. The lower amounts of protein and caffeine also make weasel coffee healthier than the regular one. 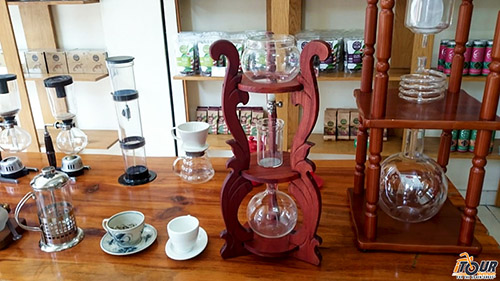 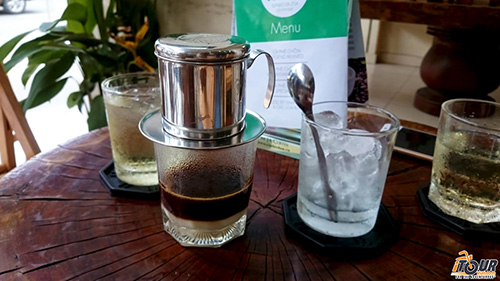 Conclusion on Should You Try Weasel Coffee in Vietnam?

Weasel coffee is one of the most expensive kinds of coffee, but it can also be considered animal cruelty. There are two reasons that you might want to consider should you try the weasel coffee in Vietnam. Firstly, it is the place of origin of weasel coffee, and thus you can enjoy it the most authentic way. Secondly, you can go to the sources and decide if the legend and the sources are true and if the producers actually treat the animal badly.

However, you should note that increasing demands for Vietnam weasel coffee can endanger the weasels. Some producers that go after big profits, large production, and expense cutting may overexploit the weasels for the coffee beans.

You may also want to read:

Where to drink egg coffee in Saigon

© itourvn.com is a participant in the Amazon Services LLC Associates Program, an affiliate advertising program designed to provide a means for sites to earn advertising fees by advertising and linking to Amazon.com

Taste better if you didn't know where it came from though

0 Cancel Reply
Taste better if you didn't know where it came from though :p
Cancel Update Comment

That's purely psychological. Even if you do know where it comes from it still tastes smooth and better. We bought several bags during our recent trip to Nha Trang.

0 Cancel Reply
That's purely psychological. Even if you do know where it comes from it still tastes smooth and better. We bought several bags during our recent trip to Nha Trang.
Cancel Update Comment
First Page Previous Page 1 Next Page Last Page