Broken rice, also known as Com tam in Vietnamese, is a signature dish of southern Vietnam. It is consumed at almost any time of the day - breakfast, lunch, dinner, or even at late night, and almost everywhere - in upscale restaurants or on side streets from street vendors. This dish is simple, delicious, and inexpensive for those who prefer to sit along the busy streets and not miss a single city beat from the passing traffic.

The Origin of Broken Rice

Broken rice was a dish for the lower class in South Vietnam but is now brought to all regions of Vietnam and listed as a delicacy of the country. It was the meal of poor farmers who picked up what was left after the rice milling process and then became a popular dish among workers in the area around Saigon. Its popularity spread to students and middle-class families in the city. Gradually, it became recognized as a signature dish of Saigon. 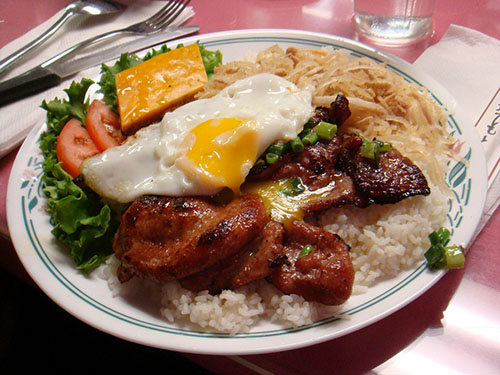 What Makes a Delicious Broken Rice

Broken rice is a combination of grilled pork chop, cold cuts, pork skin, and egg cake (otherwise known in Vietnamese as "suon, bi,cha"). To top it off, the meal is more delectable with a bowl of bitter melon soup. The melon is - as you may guess - bitter. The broth is fresh, peppery and spoon-to-the-bottom good. This soup is a special food that people usually have in Vietnamese Tet. In addition, the most important aspect of this plate is fish sauce poured over the broken rice. This creates a dish of flavorful rice that has a little bit of everything - sweet, salty, and even spicy if you want to add chili too. The finishing touch includes a drizzle of scallion with oil.

Rice - The rice used to cook broken rice is not the typical Jasmine rice prevalent in Vietnamese daily meals. It is broken (gao tam - tiny grain) as it is called, and is the byproduct left behind after farmers have collected the pearly white rice grains. Broken rice is typically not as sticky and chewy as Jasmine rice, and this is what gave the specialty dish its name.

BBQ Marinated Pork Chop - This is the centerpiece of a broken rice plate. The pork chop is marinated in the savory and sweet sauce of BBQ before grilling. You will definitely be attracted by the meaty smoke snaking from the grill. In Saigon, you will usually see the whole big piece of pork chop served on the dish. There are also other grilled protein alternatives that customers can choose from, such as grilled chicken, char siu (Chinese-style grilled pork), baby ribs, etc.

“Cha" - You can have an omelet egg accompanied your broken rice if you like. Otherwise, you will have “cha”, a side dish made of egg with meat and several other ingredients like the wood ear mushrooms. This is specially made to eat with broken rice, creating a soft texture contrasting to the juicy but a bit chewy grilled meat.

Shredded pork skin - The pork skin ("bi") is cooked and shredded then mix with a fermented rice powder called “thinh”. This topping does not add much taste to the dish but the crunch feeling after each bite will be a perfect balance.

Dipping sauce - If BBQ marinated pork chop is the centerpiece, the dipping sauce made from fish sauce is the spirit of broken rice. The sauce is slightly sugared, a little bit spicy, and salty to add more flavor to the rice.

Fat topping - To keep the dish moist and add extra flavor, green onion oil and crunchy pieces of fat are added. Some may not appreciate these little details, but some would feel that broken rice is incomplete without these ingredients. 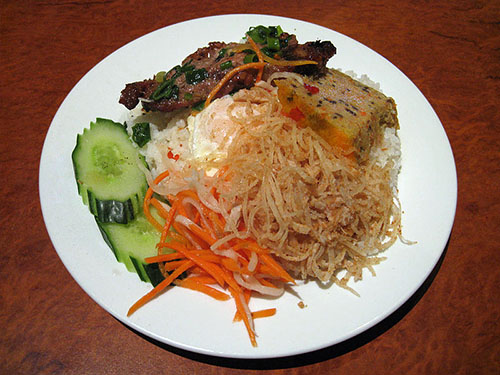 A plate of broken rice with the popular topping 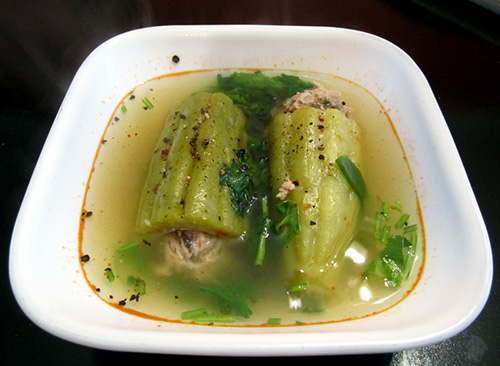 Where to Eat Broken Rice in Saigon

This restaurant was established a long time ago and has been well-known locally from generation to generation. Besides broken rice, it has a wide range of other Vietnamese dishes as well. 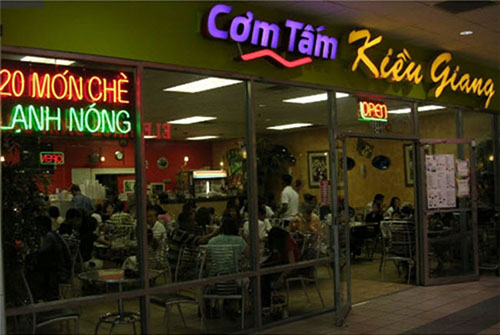 Talking about broken rice restaurant, we cannot miss Com tam Thuan Kieu. This brand is highly famous among high-class citizens and foreigners. It is famous for the unparalleled dipping sauce, an important element of any dishes in Vietnam determining the skills of a chef. 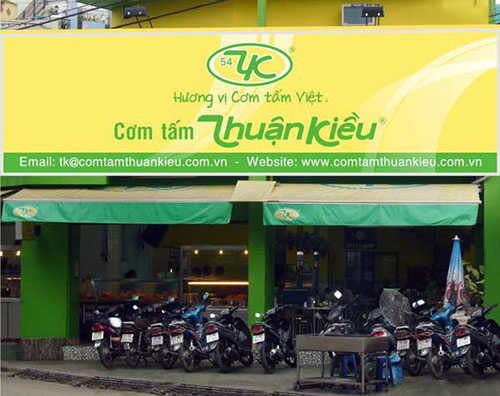 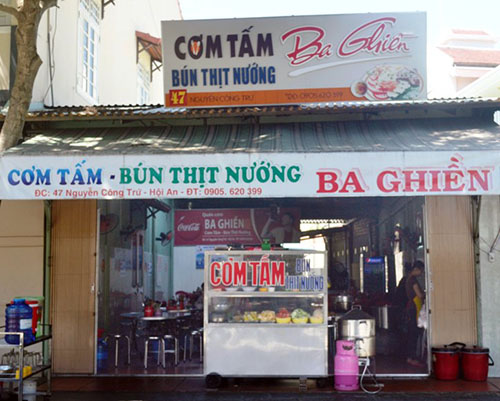 Broken rice, along with other street food in Vietnam, is among the must-try dishes in the world. It is not just about food, but it is also about how you experience the city and the culture in an exclusive way. For more street food experiences in Saigon, do not hesitate to contact us.

20 MUST-TRY Vietnamese Foods Before You Die

Broken rice can never go wrong I've tried all of the famous restaurants, but I still prefer to stop by some random street vendors, and they taste just as good, if not better. So my advice for trying food in Vietnam is just go for it! whichever food vendor you can find. Just have to make sure of the hygiene of the place

0 Cancel Reply
Broken rice can never go wrong :D:D:D I've tried all of the famous restaurants, but I still prefer to stop by some random street vendors, and they taste just as good, if not better. So my advice for trying food in Vietnam is just go for it! whichever food vendor you can find. Just have to make sure of the hygiene of the place
Cancel Update Comment

Can have Com Tam all day any day, much better than Pho

0 Cancel Reply
Can have Com Tam all day any day, much better than Pho
Cancel Update Comment

Can we try this dish on your food tour?