When talking about alcohol in Vietnam, more often than not Vietnamese beers will be the first to appear in your mind, not to mention the booming trend of Craft Beer in Ho Chi Minh City and in other major metropolitans. However, in the authentic style of drinking with a Vietnamese, one must know about rượu, aka rice wine - the one that is most worthy to be crowned as the traditional alcohol in Vietnam. Not only has it been in the picture of Vietnamese families for centuries, but rice wine has also been through a great many ups and downs in glorious national history.

What Exactly Is Rice Wine

As the name suggests, rượu is made from rice. However, rượu is an encompassing term for most of the traditional alcohol in Vietnam, and it depends significantly on the regions producing the wine as well as the winemaking process to determine exactly what type of rice wine. For example, rice wine in Northern Vietnam is called rượu gạo while people in the South would refer to it as rượu đế. 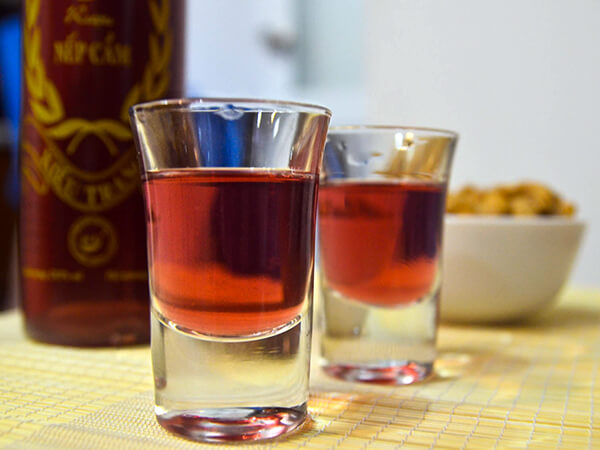 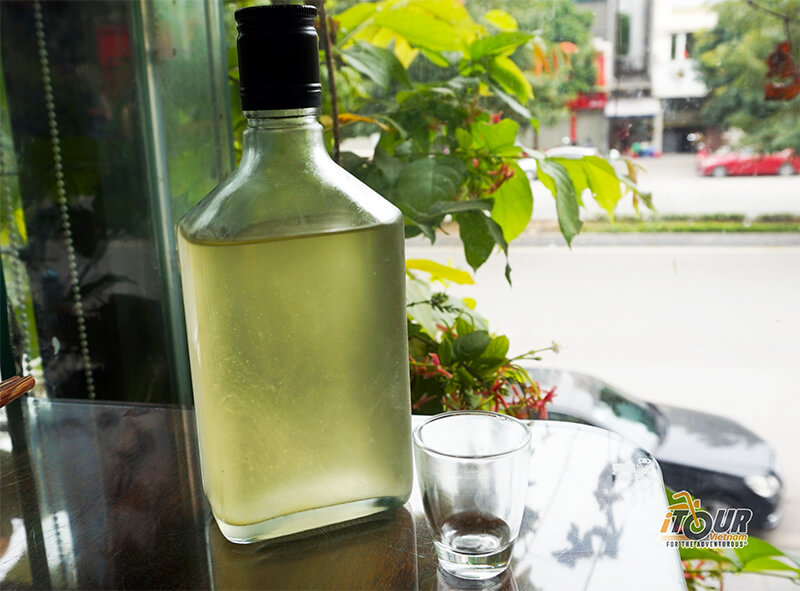 Depending on the type of rice and the distilling techniques, rice wine can come in plenty of colors and textures

The wine-producing process is rather simple thanks to minimal requirements in tools, little labor work, and the ubiquity of ingredients in the country of prosperous agriculture. Freshly harvested rice will be cooked, mashed, and then left in ceramic pots for several days to weeks for natural fermentation. After that, the alcohol is distilled and can either be used for immediate consumption or be infused with other fruit and herbs such as plums, apricots, apples, … All in all, the desired result is a clear and potent type of alcohol. 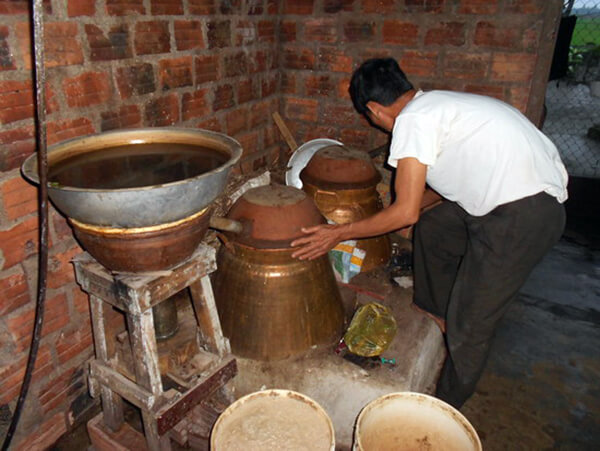 Rice wine is distilled with a rather crude system

How Many Types of Rice Wine Are There

Rượu đế or rượu gạo is the simplest and plainest form of traditional alcohol in Vietnam and to gather a complete panoply of rice wine is nearly an impossible mission. As mentioned above, rượu varies tremendously according to different regions, let alone the types of rice. Having said that, there are some other distinct types that you might come across when exploring the cultures of Vietnam. 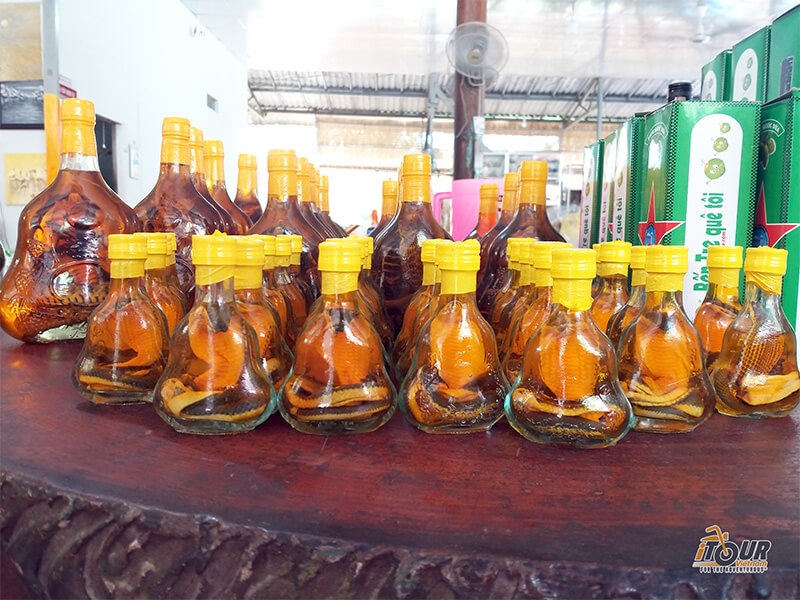 Medicinal rice wine is has a variety of crustaceans and herbs

Rượu thuốc is rice wine infused with medicinal herbs, plants, and even animals including snakes, lizards, and monkeys. This type of rice wine is believed to cure physical ailments and enhance “male virility.” Another famous kind of rice wine is rượu cần, which is immensely popular not only among Vietnam’s ethnic minorities but also to domestic and international visitors. Rượu cần is usually consumed communally from a big ceramic jar and with long bamboo straws. Legends have it that some communities within these ethnicities even drink rượu cần through their noses, which you may have to witness yourself to believe. 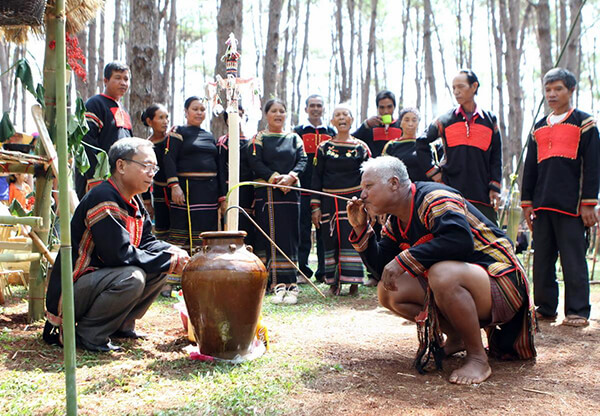 Rượu cần is an extraordinary cultural aspect of Vietnam 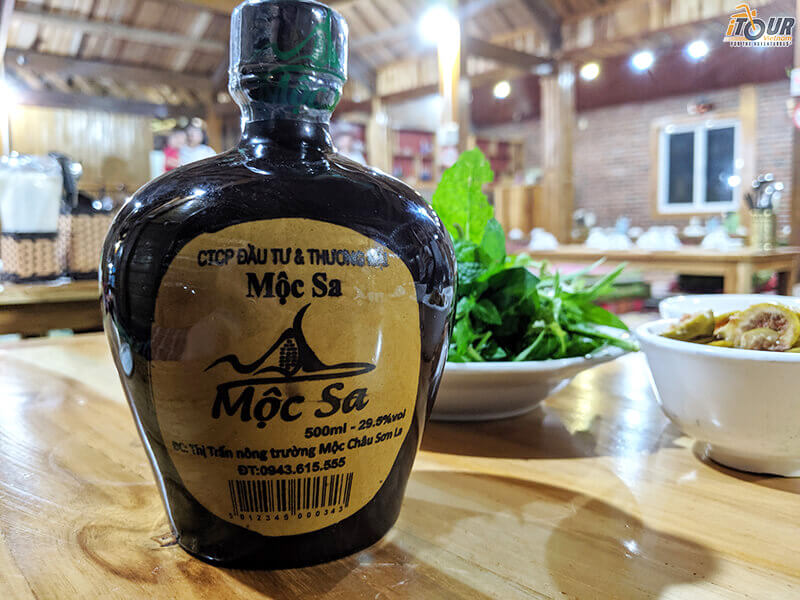 Almost every region or province in Vietnam has its own signature rice wine based on the regional agricultural characteristics (In picture: Moc Sa rice wine in Moc Chau)

A Brief History of Rice Wine

Rice wine has been an integral part of the Vietnamese culture and economy ever since the 14th century, and there have been a host of tales and myths regarding this traditional alcohol in Vietnam.

For the longest time, rượu has been far too familiar with Vietnamese daily life. Being an agriculture-based nation, the majority of Vietnamese agrarian households would use some of their rice harvests to make rượu and then feed the fermented grains to the pigs. Raising pigs back then was a far more lucrative business, so initially, rice wine only came as a fairly pleasant byproduct. Every day, the farmers would take a sip of rice wine before going for work in the fields, which helped them stay warm in the freezing cold of the early mornings and keep them healthy to sustain the arduous working hours. 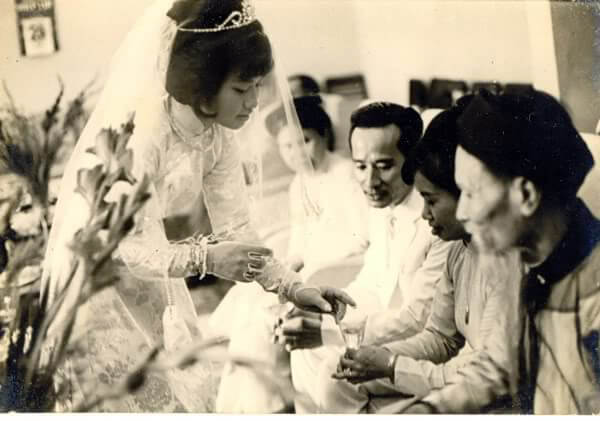 Rượu has always been present on important occasions

The presence of rượu also carries ceremonial values in the Vietnamese people’s hearts and souls. According to traditional Vietnamese wedding ceremonies, for example, the groom must present to the bride’s family at least eight to ten jars of rice wine to gain permission for the marriage. There is also a folk tale associated with the Vietnamese family’s values, which is whenever a daughter is born, the family would make a jar of rice wine and then bury it underground. Only when the child is married should the wine jar be dug up and used to treat everyone coming to the wedding. Although very few Vietnamese would do that in modern days, such practice has coined the widely popular term of “con gái rượu,” which can be roughly translated as “the wine daughter”. Nowadays, rice wine still frequently appears in Vietnamese weddings, funerals, death ceremonies,... 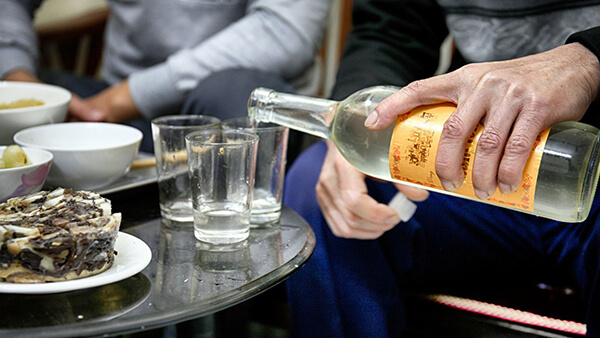 A Vietnamese feast cannot be completed without rice wine

The Vietnamese society in the past consisted mostly of dispersed and separated households and rice wine, therefore, was produced for individual families only. Not until the 19th century that small wine factories were established and wine trading slowly became popular. The ethnic Chinese, who were the prominent merchants back in the days, quickly grasped the opportunity and developed rice wine commerce and production. Later on, during the colonial period, the French would use rice wine as a means of controlling its protectorate of Vietnam. Heavy taxes and even a ban were imposed on the traditional alcohol in Vietnam in addition to the introduction of Western liquors, which were a few examples of the enemy’s relentless effort to diminish the cultural values of Vietnam. 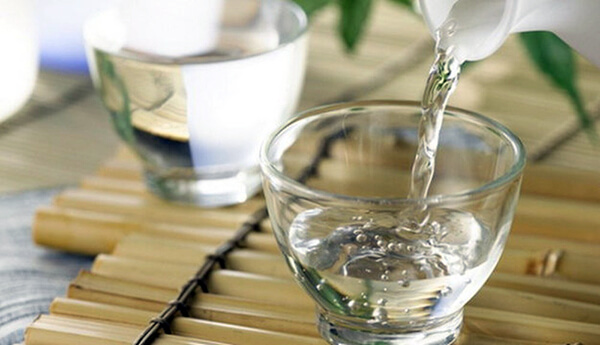 On the whole, rice wine is neither your average alcohol nor a delicate beverage. It is, however, a testimony of the country's honorable past and a priceless statement of the Vietnamese people’s proud culture.

Where Can You Find Rice Wine

Fun fact: you can find some rice wine at almost every street vendor that is locally known as quán nhậu and it doesn’t even require an ID. If you have a chance to visit the Mekong Delta or other ancient cities of Vietnam, you can even visit the families that produce the wine and take a look at the winemaking process yourself. On top of that, you can have a look at the local Vietnamese markets, supermarkets or convenience stores, or check out our blog to see other Places to Buy Wine in Ho Chi Minh.

Some Notes on Enjoying Rice Wine

Rượu is unquestionably not one of the easy-to-drink Asian spirits. The ABV of rice wine can go as high as 40 - 50 degrees, so beware on your first try.

Since the majority of rice wine is locally made with little to no quality control, you may run the risk of drinking “fake” rice wine containing harmful components. Make sure to buy your rice wine at trustworthy locations such as the supermarkets or have a reliable local as your guide.

There’s no way can you have rice wine without some exquisite Vietnamese cuisine. Check out the best Vietnamese Street Food or join our Food Tour to discover more about the wonders of Vietnam eateries. 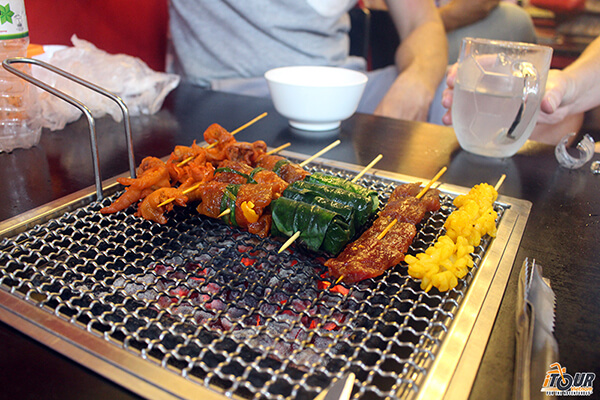 If there is a fine drink, there must also be some good food

Simple as it may seem, but behind rice wine is the legacy of fighting for national pride. If you genuinely want to discover the centuries-worth of Vietnam’s history, then put aside the cold beer, pick up a shot of rượu and let the timeless story begin.

I tried the snake wine on the mekong delta tour and it was rather sweet. Was that made with rice wine?

0 Cancel Reply
I tried the snake wine on the mekong delta tour and it was rather sweet. Was that made with rice wine?
Cancel Update Comment

very strong spirit, so watch out when your drink