Although there has not been any official second language in Vietnam yet, the government are now aiming at English and has conducted plans to make it become a compulsory course for all students, while many schools are now also teaching French, Chinese, and Japanese as first foreign language. They are all the popular second languages in Vietnam, as more and more parents have realized the essential role of being fluent in a foreign language to their children’s future.

English Is The Most Popular

English has gained its popularity all around the world, and Vietnam is not an exception. Due to globalization, many international firms, as well as tourists, have considered Vietnam as a potential destination. Therefore, English has inevitably become a tool to satisfy increasing needs.

In big cities like the Capital of Vietnam - Hanoi or Ho Chi Minh City, it is normal for many kids to have English classes after their compulsory studying time at school. However, in some rural areas, lots of students struggle with the totally opposite situation, mostly because of the lack of teachers. For tertiary education, English also plays a key role. Many universities require their students to achieve certain English certificates to qualify for graduating. As reported by the Ministry of Education and Training Vietnam (published on Vietnamnet newspaper), English is taught in all the provinces and municipalities of Vietnam, taught in 60% of primary schools and in 100% of secondary schools, registering 99% of students with a foreign language subject in their curriculum. 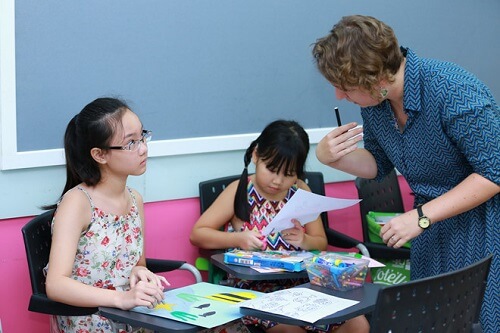 For foreigners who can speak English, traveling to Vietnam would be much enjoyable. Street vendors in many places are capable of using broken English, which would be good enough for you to understand. In the downtown districts of Ho Chi Minh such as District 1, District 3, when confused, ask for help from a student or a young person, there are high chances that they could give you proper support.

Other Popular Second Languages in Vietnam

(with figures recorded from primary and secondary schools in Vietnam, reported by Vietnamnet newspaper)

The popularity of French could be a consequence of the colonization period. Among the second languages in Vietnam, French is the second most common, registering about 40,000 students.

The opportunity for Japanese-speaking jobs is said to be one of the reasons that make this language enter the list of popular second languages in Vietnam. The culture of the cherry blossom country is also appealing to young people. Registered 25,000 students. 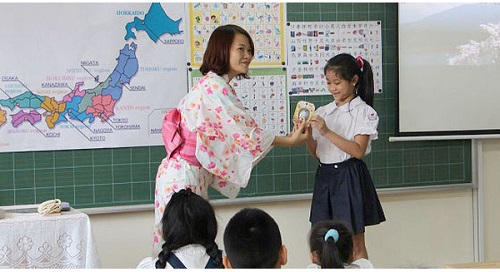 China has a strong influence on Vietnamese culture and language. The Chinese Vietnamese community are a major ethnic group among the 54 Vietnamese ethnicities. More and more people are keen on studying this language with similar reasons for Japanese: familiar culture and job opportunity. There are more than 40 schools all over Vietnam teaching it as the first foreign language for their students. 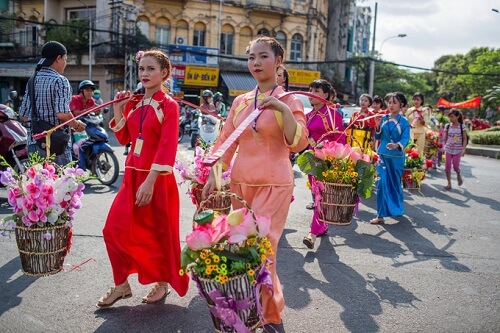 German is a hard language to learn, but it has gained its popularity in recent years. For now, it has been taught in three large cities: Ho Chi Minh City, Hanoi, and Da Nang.

Although Russian is getting less popular than the several decades ago (for Vietnamese born in the 60s and 70s, it was the main second language taught in schools), it is still being taught in 10 provinces of Vietnam with over 1000 students.

There has been an increase in the number of Korean expats in Vietnam, which means that Vietnamese people would need to work with more and more Korean colleagues. Because of that, together with the effects of the Hallyu wave, Korean has gained its popularity in recent years.

English, French, Japanese, and Chinese are several second languages that are widely spoken in Vietnam. However, the percentage of people who know how to use English, both inarticulately and fluently, is quite dominant compared to the rest.

For more interesting information about Vietnam such as culture and cuisine, visit our blog. And don’t forget to check out our tours for the authentic experience of this country with qualified English-speaking local guides.