Our Guide to Tay Ho District in Hanoi Emerged as the new hangout location for the young generation of Hanoian locals, Tay Ho District is a combination of sublime scenery, a refreshing atmosphere filled with famous attractions, and mouth-watering treats. Join us as we embark on a mission of exploring this beautiful district and giving you tips and insider knowledge along the way. This is our guide to Tay Ho District in Hanoi. 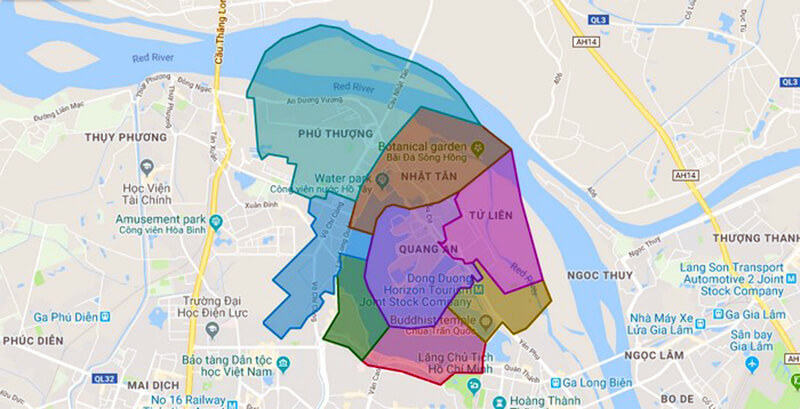 Established on October 28th, 1995, Tay Ho is one of Hanoi's younger districts lying 5 kilometers away from the city center. It is named after West Lake (translates to "Tay Ho"), and it's about 24 square kilometers in total with a population of 168,000 people. It is now one of the city's most desired living quarters, a bustling business center, and an excellent destination for tourism.

How to Get to Tay Ho District in Hanoi 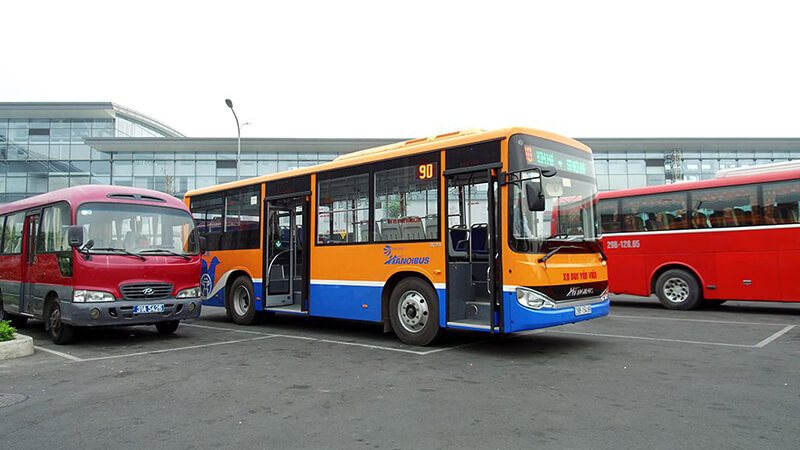 Tay Ho District lies on the route from Noi Bai International Airport to Hanoi city center, making it super easy for you to reach right after your arrival. You can use a ride-hailing app or simply hop on Bus number 90 and ask the driver to drop you at Thanh Nien Street. From there, walk down the street till you find a large lake, and you're in Tay Ho District! The whole journey should take you about 20 - 30 minutes, depending on the traffic.

Tay Ho District in Hanoi is an ideal location for sight-seeing and historical or cultural tourism, thanks to its rich, long-standing traditions as well as a stunning collection of pagodas and temples. 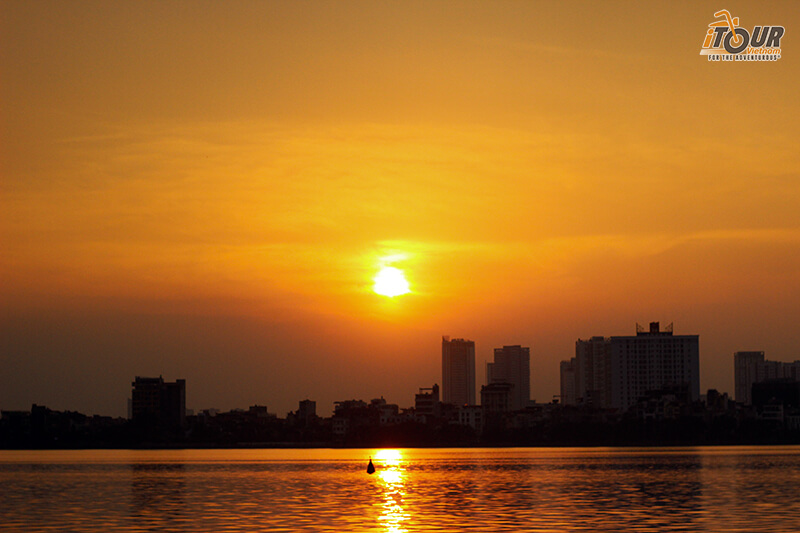 The sun is setting on West Lake

It will be a total regret if you miss out on the lake which the district was named after. West Lake features a breath-taking view of the city's skyline with a tranquil atmosphere that is perfect for a little afternoon walk. You can spend your time sitting at a lakeside cafe, watch the locals' way of life and wait for some of the most spectacular sun-setting scenes. 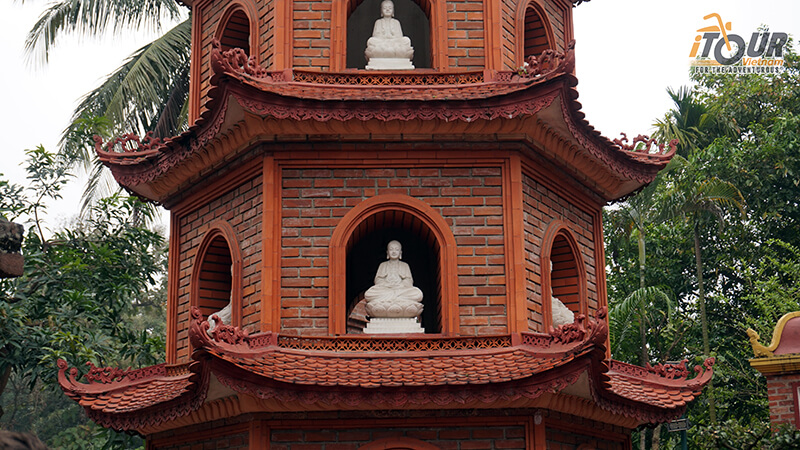 Established over 1500 years ago, Tran Quoc Pagoda is one of Hanoi's oldest temples. It's located on an eastern island of West Lake, among open space and lush nature that praise its ancient beauty. In the feudal age, Tran Quoc Pagoda was the spiritual center of Thang Long Imperial City. It was even voted as one of the most beautiful temples in the world by Nat Geo. 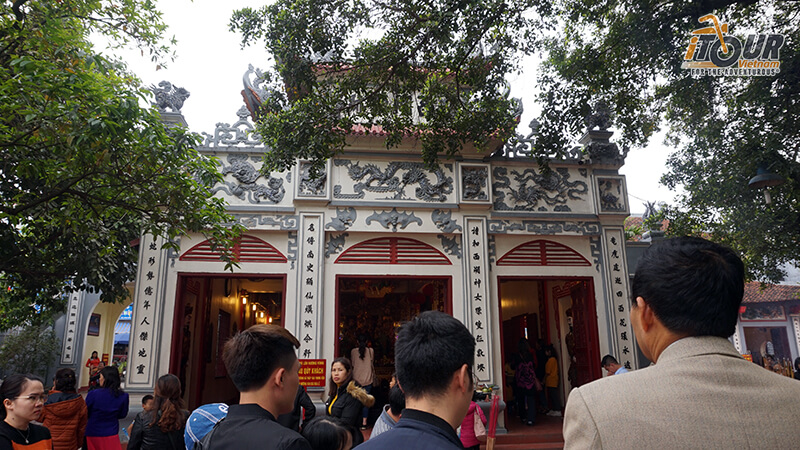 Phu Tay Ho is situated on the peninsula of Nghi Tam village, protruding out the West Lake. This lakeside temple boasts an extensive collection of antique relics, characterized by the nineteenth-century art. Phu Tay Ho also holds three goddess statues placed parallelly, representing the evolution of Vietnamese dwellers, moving from the forests to the rivers and streams to lowland paddy fields. 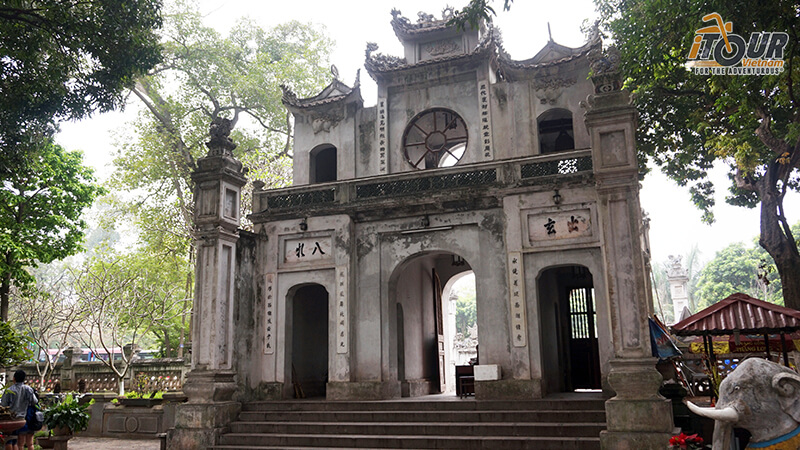 The gate to Quan Thanh Temple

Quan Thanh Temple was one of the four temples that guarded the gateways to the ancient Thang Long Imperial City. The temple was built over a millennium ago and featured a signature Ly Dynasty's architecture with various new touches from renovations throughout its history. 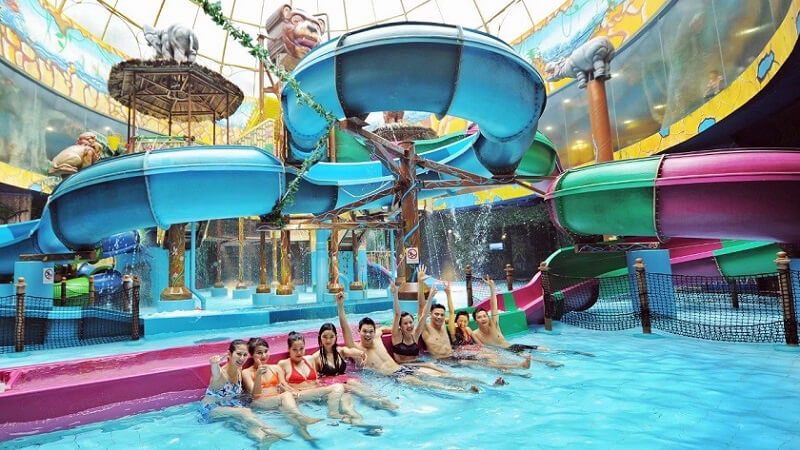 West Lake Water Park is a go-to destination during weekends and holidays for local families in Tay Ho District in Hanoi. The park was built for recreational purposes and is famous for its thrilling water slides.

Here are our recommended places for you to get a taste of the vibrant culinary scene of Tay Ho District in Hanoi:

Pro tips: You should think twice before getting into streetside seafood vendors around the West Lake area. The seafood often is not the freshest, and they charge a premium price for it.

Shopping in Tay Ho District is not too lively as compared to the central districts. You can still find some Vietnamese clothing brands (Canifa, IVY Moda, K's Closet...) on Lac Long Quan Street, and a new Lotte Complex is being built as of December 2019. 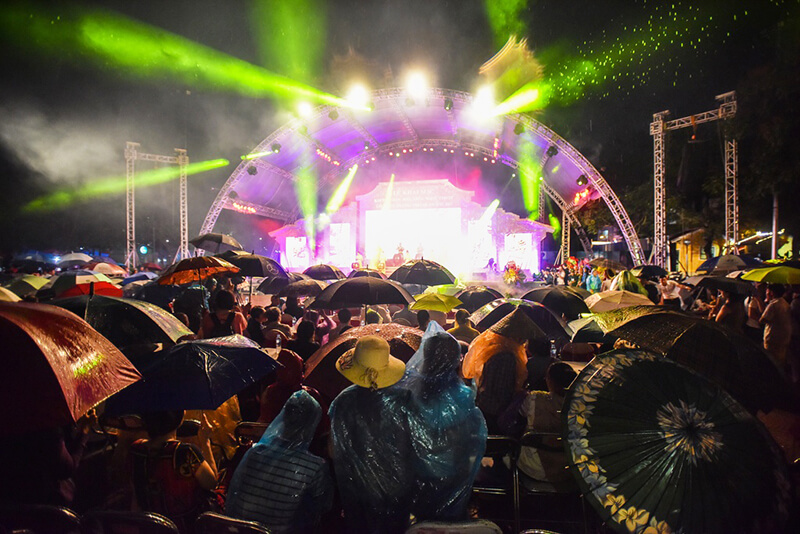 Contrary to the dynamic nighttime of the Old Quarter, Tay Ho District's nightlife stays true to the spirit of the place: laid-back and relaxed. Maybe it's the gigantic West Lake that prevents all the noises from vehicles and human actions to create such an atmosphere.

Buy yourself a cup of coffee to enjoy on the stairs leading to the water surface, or indulging into the sumptuous lakeside BBQ and make the best of your stay. Tay Ho District also houses a new pedestrian street of Hanoi on Trinh Cong Son Street.

Closing on Our Guide to Ho Tay District in Hanoi

We hope that our guide has helped you learn more about the beauty that is Tay Ho District, its fantastic history, culture, and food. Comment down below what you think and stay tuned for more information into everything Hanoi!

Get your travel insurance to explore more of Hanoi:

© Written by Dung Tran for itourvn.com