How Vietnamese Fish Sauce is Made Fish sauce has been a part of Vietnamese cuisine for a long time. It is usually called as “Nuoc mam” by the locals. In Vietnamese kitchens, Nuoc mam is an essential spice to make the flavor of some food more tasteful and appetizing. At first, you may find the smell of Vietnamese fish sauce a bit pungent, but once you get used to it, you will definitely feel like the dishes are incomplete without the seasoning of fish sauce. Our guideline will introduce how Vietnamese people make the fish sauce and some special way of processing the savory and mouth-watering dipping fish sauce. 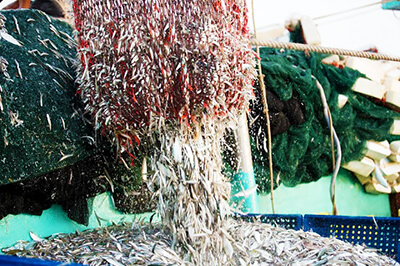 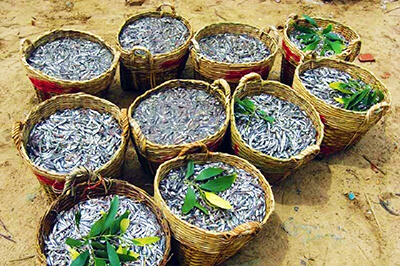 To make a delicious fish sauce, fishing for the ingredient is an important step. There are many kinds of fish could be used as the main ingredient of fish sauce, but anchovy is the best one. This kind of fish is not only a crucial factor to make the fish sauce more aromatic and delicious, but it also disintegrates into sauce more quickly and easily than others. The peak season of collecting anchovy is from July to December. The fishermen often use their fishing nets to lure them in and catch them. After fishing, the fish would be transported to ports and bought by local traders. 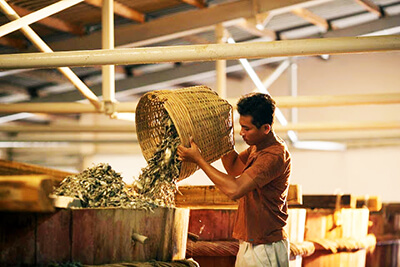 Producers frequently process anchovy a bit before mixing them with salt; the ratio of fish and salt is about 3:1. Then, the mixture is contained in huge wooden jars and covered carefully and tightly. Local producers have to keep the mixture away from insects, rain, and dust. Otherwise, the flavor of fish sauce will be ruined. The period of disintegration is about a year, and the producers need to take care and stir the sauce weekly for several times to make sure the mixture blend in well. Like most fermented products, the longer the period of disintegration, the better the taste of the sauce. The most delicious and tasteful sauce made in the traditional way and recipe has a brownish-red color and a unique salty and meaty taste. Local producers sometimes check the quality of fish sauce by checking the color and amount of protein of the sauce before it is packed in glass bottles. Depending on each coastal area in Vietnam, local producers would add some other different stages to make their unique fish sauce. After being manufactured, products are delivered by trucks to many places such as local markets, supermarkets to sell for consumers.

Check out the First Fish Sauce Museum in Vietnam.

Where You can Buy Vietnamese Fish Sauce

Phu Quoc Island is always known as a special place to produce fish sauce in Vietnam. In this coastal area, there are a lot of anchovy for local fishermen to hunt. Moreover, the production of fish sauce has become a traditional business of some local families here.

The locals prefer products of fish sauce in Phu Quoc than ones in other places because of the low price and high quality. Besides, you can come to Vietnamese supermarkets or local markets to purchase bottles of original fish sauce if you could not come to Phu Quoc Island. Not only in Phu Quoc, but you also try out the original fish sauce in other coastal places such as Nha Trang, Mui Ne, and Phan Thiet. Every coastal place has a special flavor in their products.

In Vietnamese cuisine, fish sauce is used as a crucial spice like sugar, salt, MSG, and pepper. It is an important ingredient instead of salt to add flavor to special Vietnamese meals like braised pork (thit kho), deep-fried fish or chicken and soup. It is also used to pickle radish and carrot in a side dish called "dua mon" that is usually served with Banh chung on Tet holiday.

Banh xeo (Vietnamese pancake), Goi cuon (Spring Rolls), and Banh cuon (Steamed Rice Rolls) are often served with fish sauce in many Vietnamese food stalls. Actually, the sauce served with these foods has been added some ingredients such as sugar, chili, garlic, and lime juice. Its flavor is a bit sour and sweet. The original fish sauce is rarely used as a dipping sauce because its flavor is a little fishy and salty unless you eat with steamed food that has little seasoning like steamed fish, boiled pork, and boiled vegetable.

In other foods such as noodle dishes, Vietnamese also mix the original fish sauce with other ingredients to reduce its saltiness and smell. Especially in Bun thit nuong (grilled pork vermicelli) and Bun cha, local people would dress the mixture of fish sauce on the fresh Bun (vermicelli) to give it a little savory flavor right before eating. The sweet and sour mixture of fish sauce and the savory version made by diluting the fish sauce with water are both used depends on personal preference. One of the unusual examples of the use of fish sauce is in Bun cha; you can see the fish sauce is added with a lot of water, seasoned with MSG and pepper and cooked like a broth.

Summary of How to Make Vietnamese Fish Sauce

If you have never tried this kind of sauce, the fish sauce should be on the top of your must-try list. Fish sauce has become a traditional sauce in every meal in each Vietnamese family. Besides fish sauce, there are other kinds of sauce that are often paired with Vietnamese food, but it is always the best choice of the locals.

Try Vietnamese cuisine with fish sauce on our food tours and learn more about the sauce by tasting it.

most Vietnamese dishes have the fish sauce diluted and seasoned and it is so amazing. As much as I am usually put off by the smell of the original fish sauce, I completely adore the well-mixed fish sauce, it goes so well with everything

0 Cancel Reply
most Vietnamese dishes have the fish sauce diluted and seasoned and it is so amazing. As much as I am usually put off by the smell of the original fish sauce, I completely adore the well-mixed fish sauce, it goes so well with everything
Cancel Update Comment

the vietnamese pancakes go so well with fish sauce