How to Understand Vietnamese Non-verbal Communication Showing respect to the seniors in Vietnamese Non-verbal Communication

In Vietnamese society, people at higher ages or high positions in the workplace usually receive respect from younger people and subordinates. This is quite different from Western countries. To show respect for the seniors, people often avoid direct eye contact with the opposite person. Eye contact with a person who is of higher status means rude or deep passion (if the person is of the opposite sex). When subordinates and juniors receive or give something to the seniors, objects should be passed with both hands.

Formally, the Vietnamese greet each other by saying “Xin Chao” accompanied by a handshake. This gesture is used between two men, and acceptable between a man and a woman or between elders and their posterity. A handshake between two women is rarely used. But most often, Vietnamese say hello to another person by waving hands to show their excitement, or by nodding their head slightly and giving a smile. Unlike some other cultures where people kiss on others’ cheeks as a substitute for greetings, this action in Vietnam is considered quite intimate and inappropriate.

Find out more about Vietnamese greetings.

Children may cross their arms and slightly bow to show great respect to their seniors and elders. However, crossing arms while talking to other people can be portrayed as arrogance and disrespectful in western countries. 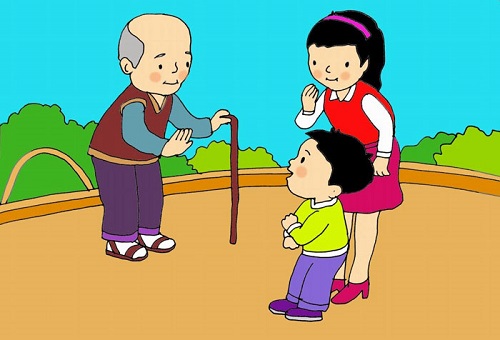 Differences between Some Western and Vietnamese Non-verbal Communication Gestures

In Vietnamese non-verbal communications, there are several actions that are like the ones in Western countries but have totally different meanings. One of those is the crossed-finger gesture. This hand gesture is seen as an action to wish for luck or means “Good luck!” in Western culture. However, in Vietnam, this is referred to as vulgar action and means you are angry and wish to offend others. 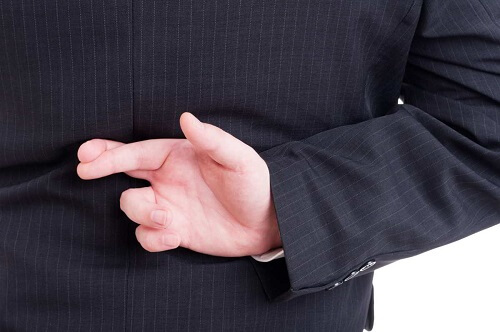 Another gesture that may cause some misunderstanding situations is winking. For foreigners from Western, sometimes you give a wink just for fun. But if you give a Vietnamese a wink (with the opposite sex), it is certain he or she will interpret it as a flirting signal. If you are impressed by a Vietnamese, this can be used as a signal to him or her. But sometimes, this facial expression is considered not proper and in some instances, people can be annoyed because of it. 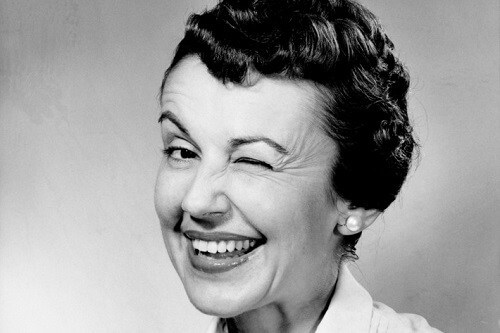 When entering a restaurant, how do you attract attention from the waiter or waitress? Probably you will beckon him or her. However, this action is used only for calling animals or a child. If you express this to your friends, colleagues or seniors, they will immediately get angry and offended.

Explore about Things You Can Learn from Dating a Vietnamese

Sitting with your legs crossed is a very popular posture in some Western countries. But in Vietnamese settings, this posture can express comfortability while one is among their close friends, but in other cases it expresses superiority, even showing a sign of aggressiveness. Therefore, mind the way you sit. And one last thing, do not cross your legs while showing the sole of your shoe (picture below) because this posture is overall flippant. 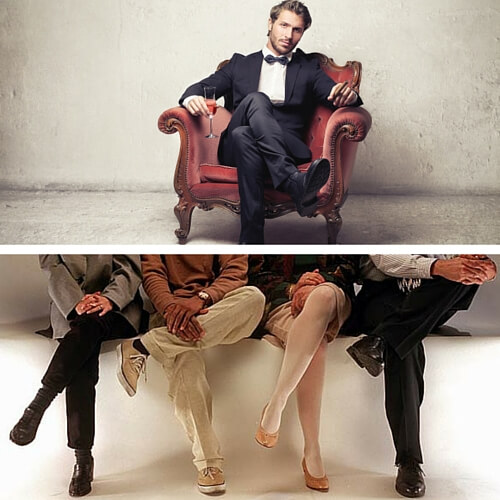 People know that a smile is an expression of happiness or satisfaction. Foreign nationals coming to Vietnam usually wonder why Vietnamese smile so often. Smiling in Vietnamese culture embodies many meanings depending on different situations. In some contexts, a smile is a substitute for an apology or thanks, especially in the case of small mistakes, minor misunderstandings, or favors. 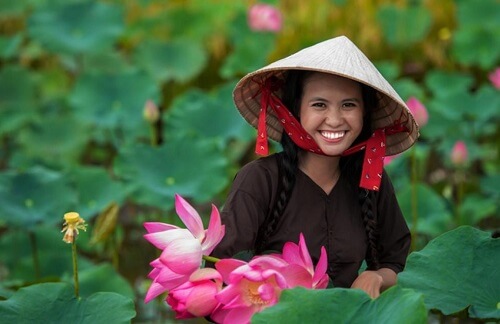 A smile is a polysemous word in Vietnamese non-verbal communication.

When people meet their friends or close relatives, they can give a smile instead of saying “Hi/Hello.” If you see any strangers on the street smiling at you, they just want to say hello to you in a friendly way of Vietnamese, or they might want to ask you something, like trying to practice their English. In these cases, another smile from you is an appropriate reply to them.

Things You Should Avoid in Vietnamese Non-verbal Communication

1. The top of the head is known for the most important part to the Vietnamese, so people feel offended when someone pats or touches their heads. It also applies to the back of the body. However, these gestures are allowed toward kids.

2. When entering a Vietnamese home, you should not wear your shoes in their house. It is a norm to take off your shoes before entering every house in Vietnam. This is just because Vietnamese homemakers mop and sweep the floor every day, so they want to keep it clean.

3. Public expression of affection is not common in Vietnam. People often feel embarrassed and weird when they see someone kissing or hugging in public. Holding hands or linking arms are acceptable.

4. Do not point your finger at other people. This action is considered rude and impolite.

5. Vietnamese people are taught to be polite by offering someone to have a meal (or even just a snack) with them, even when they don't really mean it. So, don't be surprised when you are around a Vietnamese, who is about to eat something and he offers you to have it together. And, this is just a polite invitation, and declining is often the expected response, although you are welcome to join.

6. Using chopsticks is a habit of every Vietnamese. When using chopsticks, never pitch your chopsticks over the rice bowl. This is referred to as bad luck and can be seen as the symbol of death because this image can be associated with the burning incenses pitched into the censer. So remember to avoid this when having meals with Vietnamese.

7. Do not buy and give yellow chrysanthemums to other people in Vietnam because this kind of flower is only used to set up altars and funerals.

For further readings, check out other interesting things about Vietnamese culture on our blogs.

Get a quote for your travel insurance plan:

When you cannot speak Vietnamese and the locals cannot speak English, non-verbal cues work like a charm. Reading more about is super helpful