How to Get to Halong Bay – Your Top 3 Options Traveling from one city to another in an unfamiliar country can be both fun and exhausting, especially if the drive takes a few hours just to get to your destination. And it’s no different when you go to the world wonder of Halong Bay from the capital city of Hanoi, which is your main gateway to the heritage site.

For years, both the private and public sectors have been trying to improve the infrastructure and operations in bringing tourists from Hanoi to Halong Bay, both for local and foreign visitors, as a lot of the previous groups have considered the trip rather uncomfortable. The long hours inside the bus, plus the bumpy roads, some occasional traffic here and there make the journey to Halong Bay less exciting.

But again, since its recent boom over the years of exposure, including the feature from the Hollywood film Kong: Skull Island, in addition to the launching of the new expressway that goes through Hai Phong Province from Hanoi cutting the travel time to 2 hours max, the biggest investors of Quang Ninh Province or the city of Halong are for that matter have decided to upgrade the experience for those who wish to visit the bay.

And for those of you who wish or are planning to make a stopover at Halong Bay anytime soon, here are your current best options to witness the beauty of this world wonder. 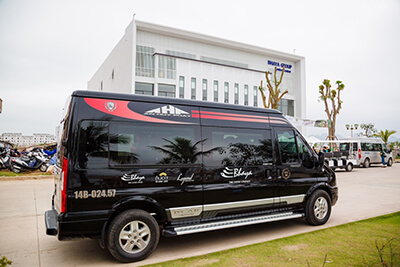 Usually costs around US$10 to US$20 per person per way, the shuttle buses are your most inexpensive yet comfortable way to reach Halong Bay. Equipped with charging ports for your mobile devices, air-conditioning, and onboard Wi-Fi, you wouldn’t even feel like you’ve traveled a long way once you reach the final destination. For the best experience as well, it’s best to pack a book and a travel pillow if you’re the type of person who gets easily uncomfortable with long drives. 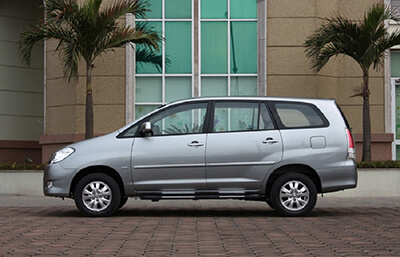 Your next best option in reaching Halong Bay is by renting a private car, which usually costs from US$40 to US$60 depending on what type of car and how many people you’re traveling with. One good thing about this option is you can cut the travel time to getting to Tuan Chau Marina as you can tell the driver to use the new Hai Phong expressway instead of the traditional hi-way that’s being used by most travel companies in the area.

Another great thing about renting a private car is that the drivers that come with it usually can speak English, which makes it easier for tourists to communicate (especially when you need to ask them to make a stopover for bathroom use). Although a bit more expensive than the traditional shuttle buses, it saves you energy and time and you also get the freedom to stop whenever and wherever you want. 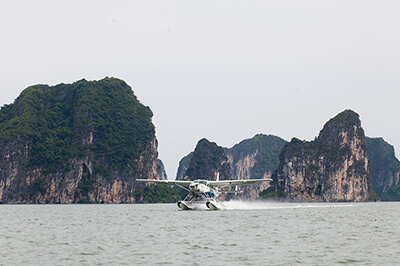 A bit pricey but can be the most memorable experience you’ll ever have in your lifetime, traveling to Halong Bay and back by seaplane is the last on the list of best ways to reach Halong Bay. Both shortest and most scenic, you’ll be able to get a glimpse of what northern Vietnam looks like from the skies. And once you reach the area, you’ll also get a rare opportunity to see the Gulf of Tonkin, which makes up Halong Bay, Bai Tu Long Bay, and Lan Ha Bay, where Cat Ba Island is located, a small part that is covered by Hai Phong Province.

For about US$175 per person, you’ll get to experience a scenic flight of Halong Bay. Although it’s way higher than what you would normally pay to reach the world-renowned destination, it’s something not to be missed when you can stretch your budget a bit further.

Traveling to Halong Bay from Hanoi is something you’d have to experience when visiting Vietnam. It may be exhausting for some, but once you get there and you hop on to your Halong Bay cruise, all the waiting and the exhaustion will be easily forgotten, especially if you’re there with the people you love the most.

Get your ticket to travel to Halong Bay:

Powered by 12Go Asia system
See also: Where to Stay in Halong Bay

© Written by Guest Contributor for itourvn.com

It depends on the cruise you choose, mostly about 2-3 million VND/ night

How much does it cost to spend a night cruise at Halong Bay?

0 Cancel Reply
How much does it cost to spend a night cruise at Halong Bay?
Cancel Update Comment
First Page Previous Page 1 Next Page Last Page