If you had heard of the infamous “living hell” of Con Dao Prison, you would not want to miss a visit to the Hoa Lo Prison Museum. As opposed to the isolated island, the prison situates right in the city center of Hanoi and has witnessed some of the most horrific memories of the Vietnamese patriots during the Indochina War period.

What is Hoa Lo Prison Museum

The French colonial government built hoa Lo Museum on the area that used to be Phu Khanh Village. Here, the Vietnamese political prisoners were detained under atrocious conditions and put through numerous inhumane tortures. After the 1954 Geneva Accords, the prison became the Northern Vietnam government’s possession and was used to incarcerate spies and American pilots from 1964 to 1973 during the Vietnam War. 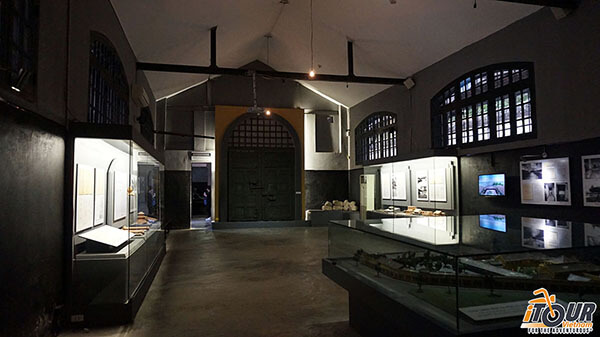 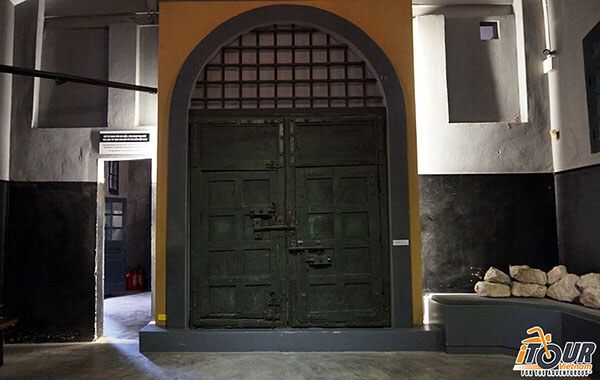 The exhibit inside the museum

Although the majority of the relics was destroyed and replaced with Hanoi Towers in the mid-90s, the remaining southern section of the complex still displays the devastating past of the country which you can have a look at when you’re in Hanoi. This building is also known as the main house or Maison Centrale.

How to Get to Hoa Lo Prison Museum 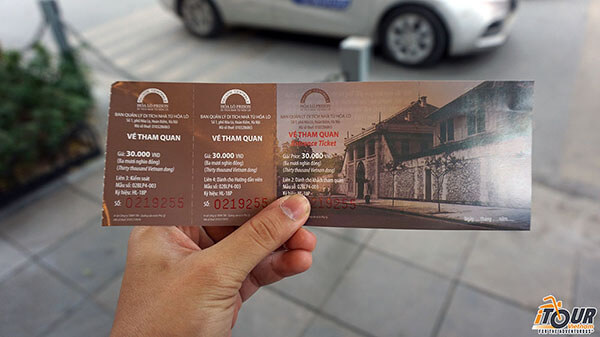 A trip into the past for a dollar

The location is easily reachable by taxis or motorbike taxis and within walking distance from Hoan Kiem Lake.

What to See in Hoa Lo Prison Museum

Once a peaceful land in Hanoi (formerly known as Thang Long) and locally-renowned with their mastery of pottery, Phu Khanh Village was dubbed the name “Hoa Lo” - Hoa stands for fire and Lo means a stilt. Unfortunately, the village and its traditional craftsmanship were completely demolished to make way for the prison. 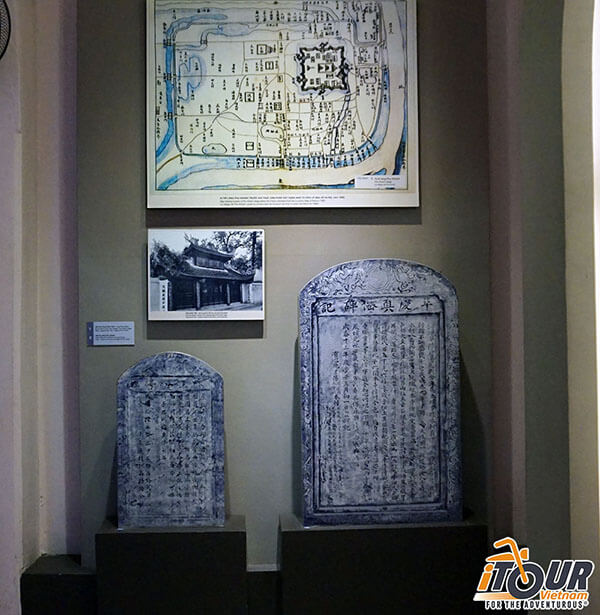 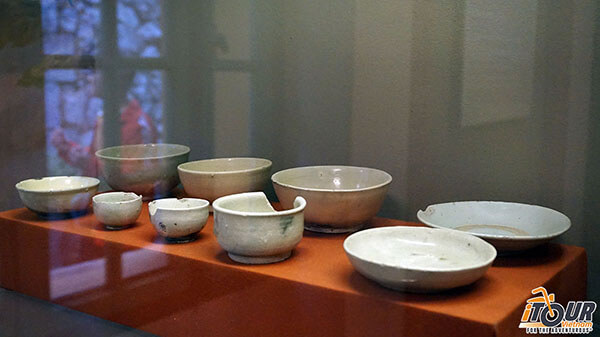 There is little evidence remained for the existence of the village

The chambers were initially designed to house a maximum of 450 inmates, but there are extensive records that there could be over 2000 prisoners at certain times. Even when the structure was still under construction, several revolutionaries were already held captive. 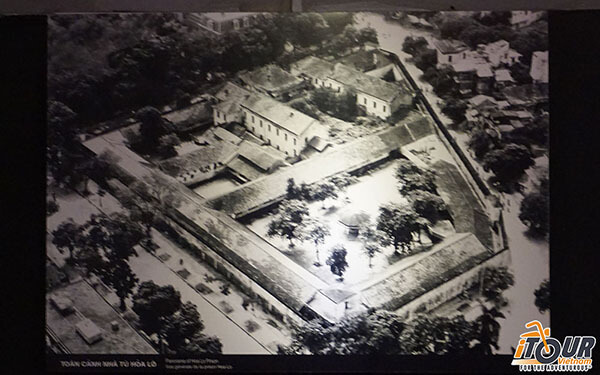 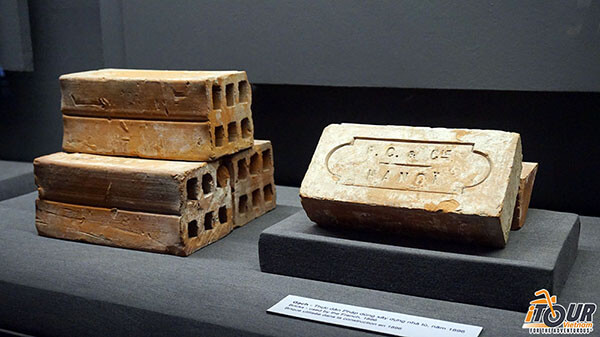 25 to 30 prisoners would be fettered all day and locked up in one room with a very limited amount of air and sunlight, not to mention the horrid weather conditions. They used a shared “bathroom” which was nothing more than a bucket to contain the excrements, and all of them had only 15 minutes every day for a walk and a bath. Such a ghastly and filthy environment led to the unbearable sufferings of severe health issues and even deaths. 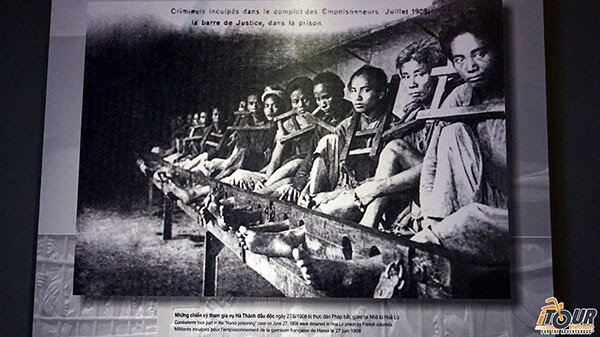 Prisoners were never seen without chains on their bodies 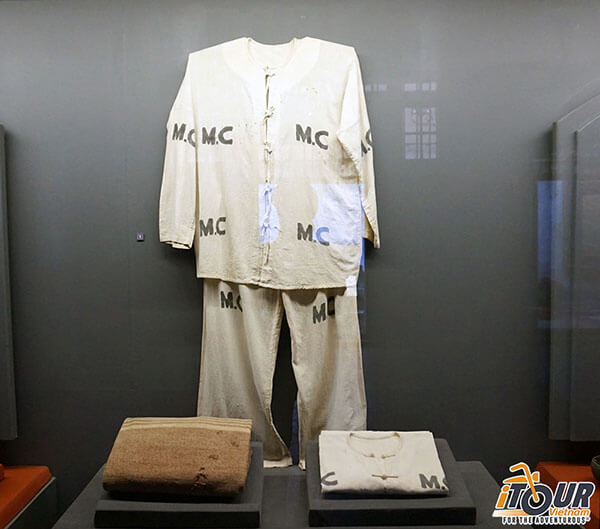 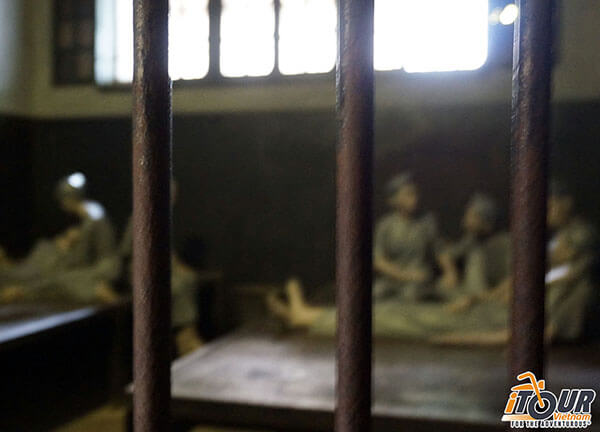 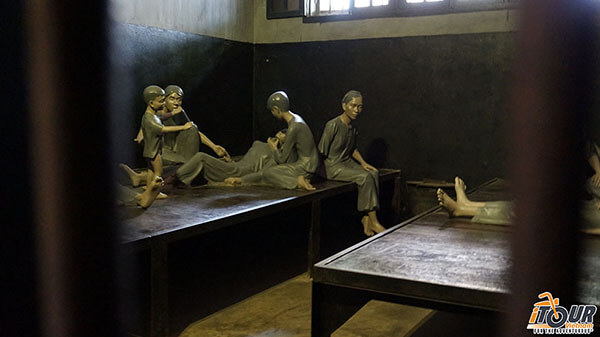 To add to the nightmare, gruesome tortures were executed frequently as punishments to misbehaving individuals. They were either hung upside down and hit with electric shock or burned after having their clothes entirely soaked in gasoline, and those were only a few of typical examples. The common and most cruel punishment, however, is to be locked up in a separately confined cachot with very little fresh air, which made detainees incredibly ill. 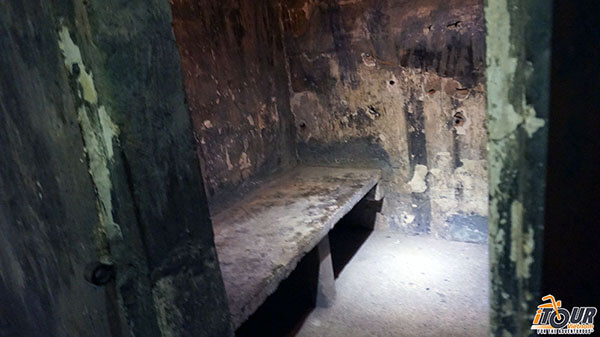 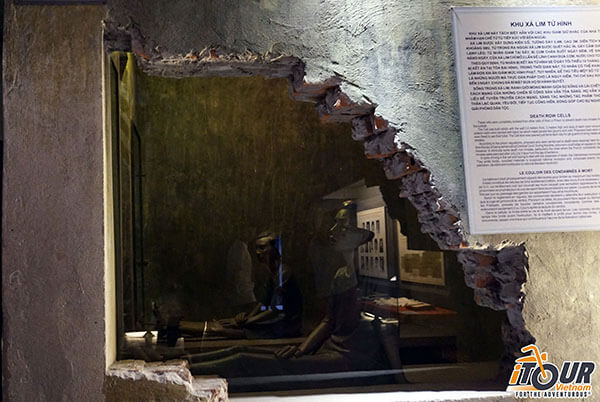 Prisoners in the death row cells 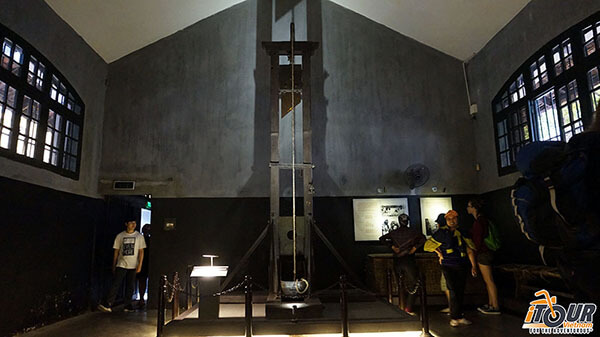 Due to the painful conditions, the captives went on several strikes for their rights to be treated properly. They even organized Communist movement behind bars, including giving political lessons in secret. Although Hoa Lo Prison was considered one of the biggest and most secure prisons in Indochina, there were various attempts of escaping. The most miraculous of which is the escape through a sewer tube of 17 prisoners who were under death sentences. 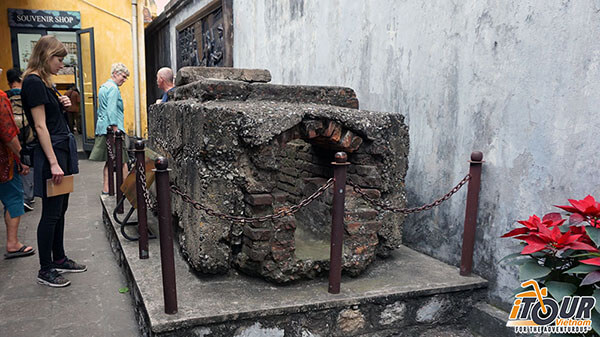 The sewer tube that made history 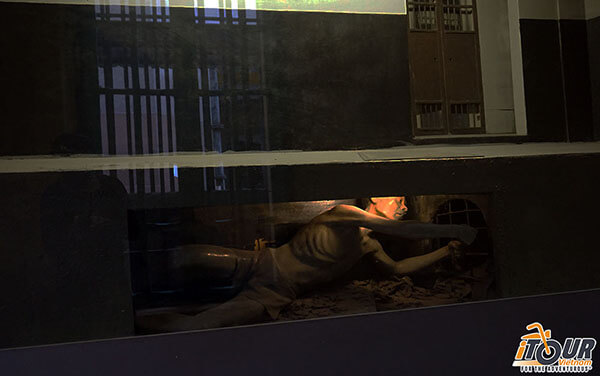 The relentless effort to escape

During the period of 1964 and 1973, Hoa Lo prison was utilized to jail American pilots and later mockingly referred to as “Hanoi Hilton” because of the arguably nice living quality for the prisoners. Senator John McCain and Douglas 'Pete' Peterson were among the inmates. 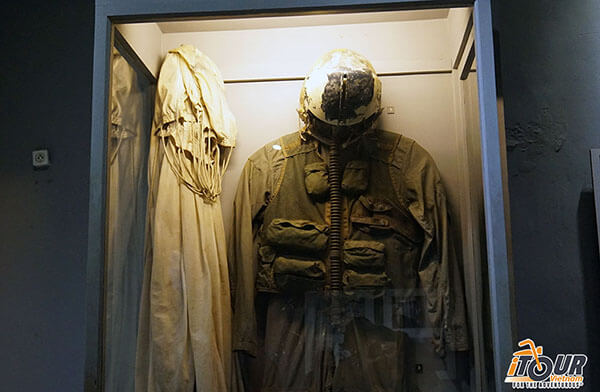 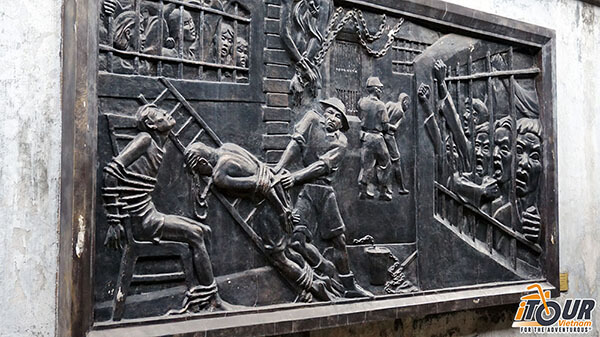 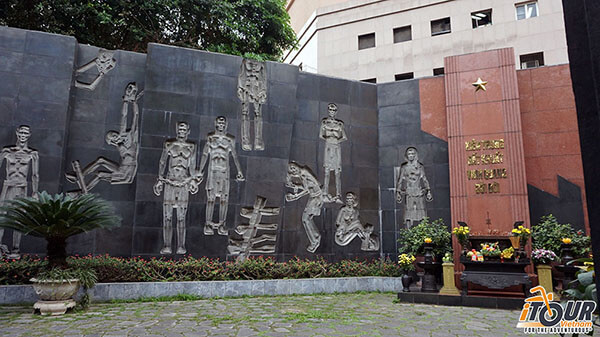 The altar to commemorate the Hoa Lo’s prisoners

Check prices and reviews of hotels in Hanoi's city center:

The building of Hoa Lo Prison Museum has seen from extreme agony to the indomitable will and unity of the Vietnamese revolutionaries. Now it is an unmissable historical destination for all visitors in Hanoi.

More on What to do in Hanoi

Get your travel insurance to explore Hanoi:

This is a really cool museum in Hanoi, so many tourists