Hanoi, the capital of Vietnam, has a deep-rooted history spanning back to over 1,000 years. Since ancient times, the city has witnessed many changes that had profound effects on its culture and landscape. These changes resulted in places of historical importance, some of which remain today as heritage sites. Hanoi takes great pride in the preservation of such locations as it is a part of its growth. To understand the history of Hanoi, visit its many historical sites, and learn about its past and modern culture. 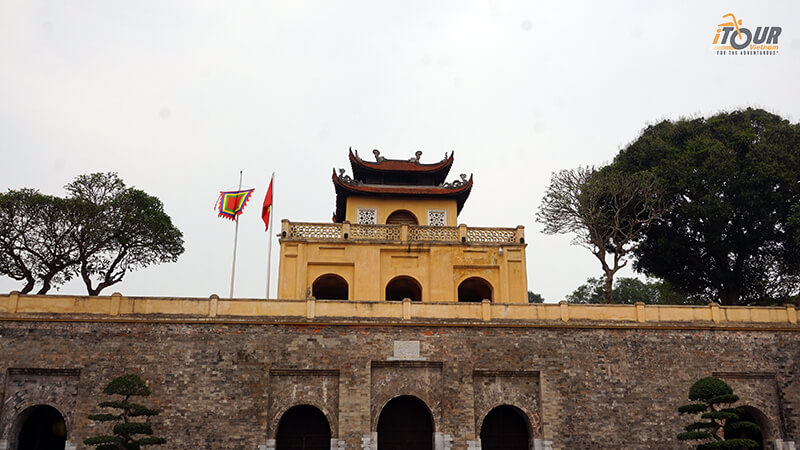 Out of all the historical sites in Hanoi, Thang Long Imperial Citadel is the most ancient with its history dating back to the 11th century. Listed as a UNESCO World Heritage Site, the citadel held important historical and cultural values throughout Vietnam’s feudal era. The fact that it is still in existence today is proof of its significance in Vietnam’s history, not just Hanoi specifically. Although some parts of the citadel's ground are now in ruins due to past conflicts, many of its structures and landscapes are still preserved. 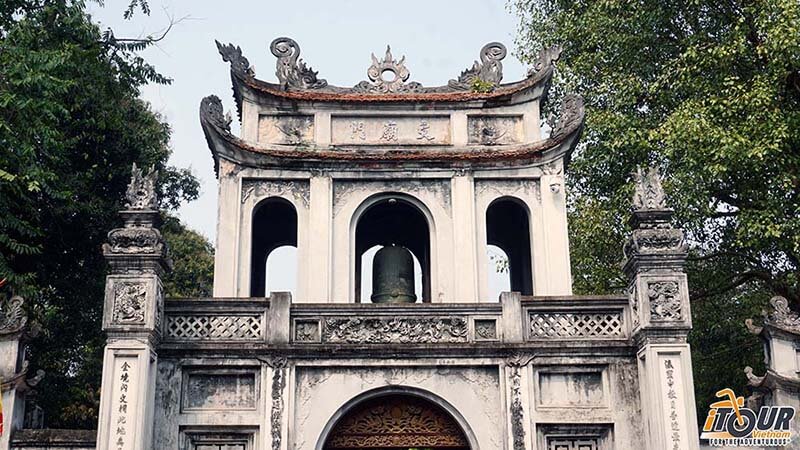 The Temple of Literature is another rare historical site in Hanoi that also came into existence in the 11th century. Originally built in honor of Confucius, the temple quickly went on to become Vietnam’s first national academy for learning. The temple attracted many talented individuals from all over the country in the pursuit of knowledge.

Today, the temple still retains its ancient architecture that is a reflection of the feudal time. Because of its cultural significance, the temple is one of the highlights to explore when in Hanoi. 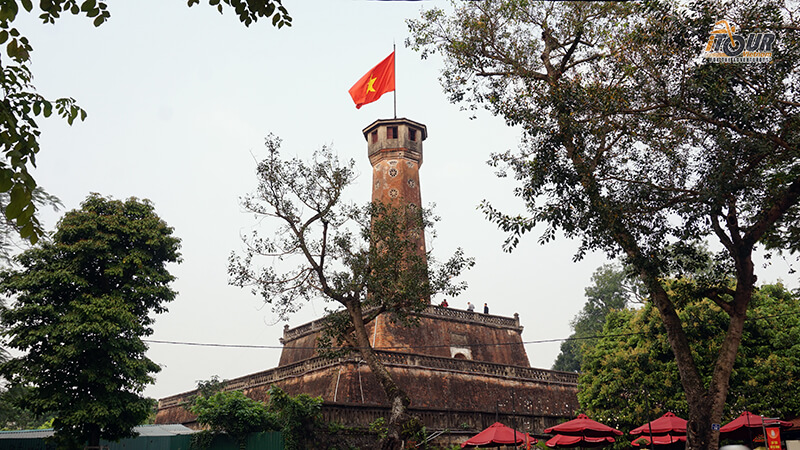 The Hanoi Flag Tower was built over 200 years ago as a part of the Thang Long Imperial Citadel. The tower had a strategic purpose as an observation post. This fact was taken advantage of by the many forces who took control of the tower throughout its existence. Through many exchanges of control and brutal conflicts, the tower stands today as a symbol of liberation for the Vietnamese people.

The tower is now a part of the Vietnam Military History Museum and is one of the most important historical sites in Hanoi for postmodern Vietnam.

The past leader of Vietnam, Ho Chi Minh, is beloved by all of its citizens due to his role in Vietnam's independence as well as his empathy. The amount of respect that is given to him extends from the north of Vietnam to the south. His impact towards the country is so profound that the great southern metropolis of Saigon was renamed to Ho Chi Minh City in his honor.

There are many places of importance all over Vietnam to honor him. But below are some close historical sites in Hanoi that can be visited all in one day. 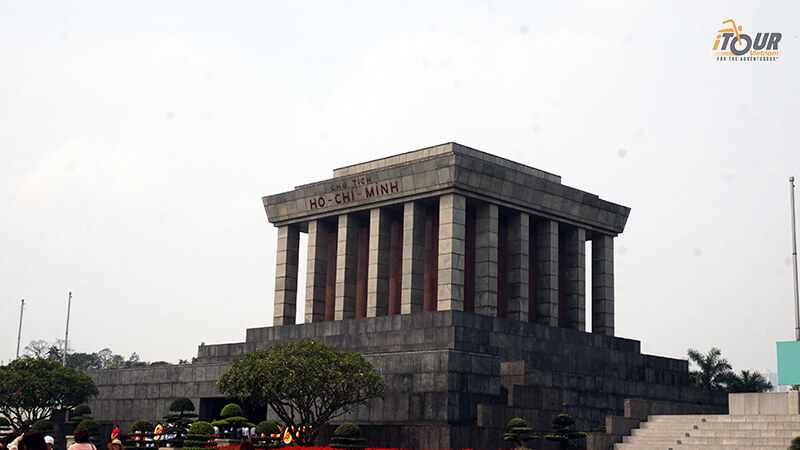 The Ho Chi Minh Mausoleum is an important place of pilgrimage for the citizens of Vietnam. They can pay their respect to the late Ho Chi Minh and view the embalmed body of their past leader. 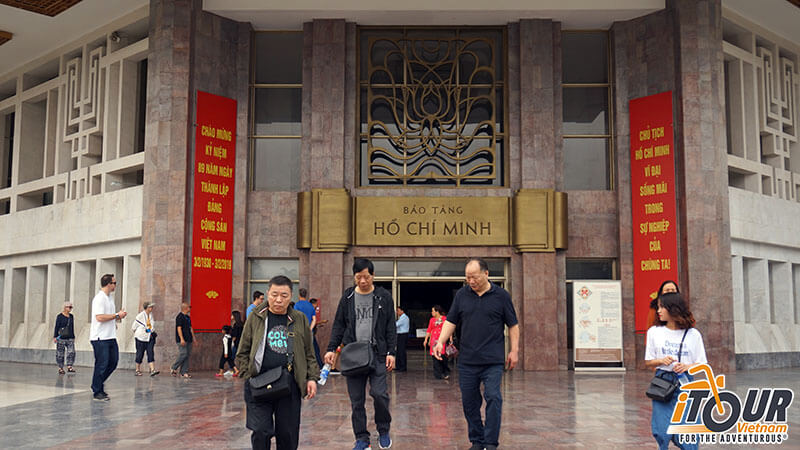 After visiting the mausoleum, visitors are encouraged to take a trip over to the nearby Ho Chi Minh Museum to learn about the life of the late Ho Chi Minh. Another nearby place of interest is the One-Pillar Pagoda that all visitors to the mausoleum can check out. 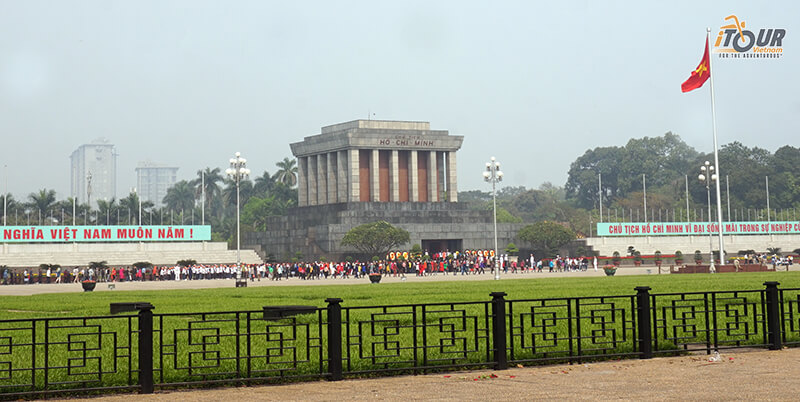 As the grounds on which the Ho Chi Minh Mausoleum sits upon, Ba Dinh Square is the largest square in Vietnam. It is even able to accommodate 200,000 people! The square is one of the most important historical sites in Hanoi as it is the stage for numerous historical events throughout the history of Vietnam. It is where the Declaration of Independence was read for the first time in 1945 and established the Democratic Republic of Vietnam. 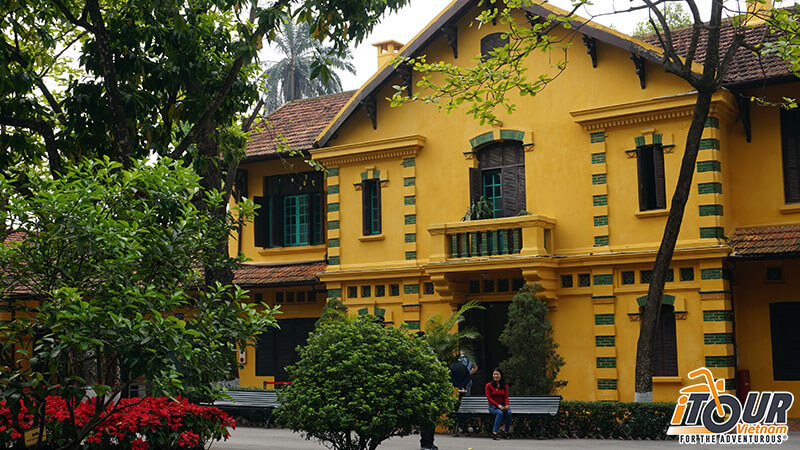 The Presidential Palace, which was built by the French colonialists in the early 20th century, was a home for the former French governor. After Vietnam’s liberation in 1954, the palace was reserved for the leader of Vietnam. 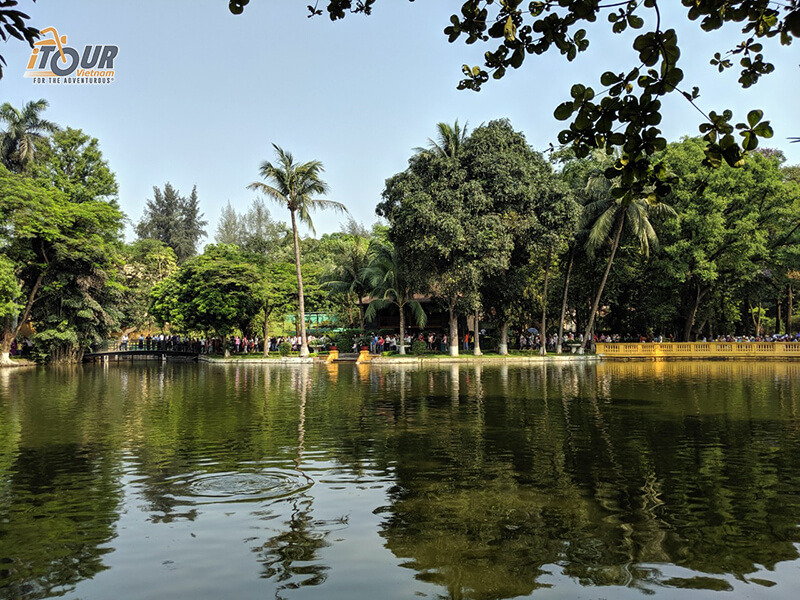 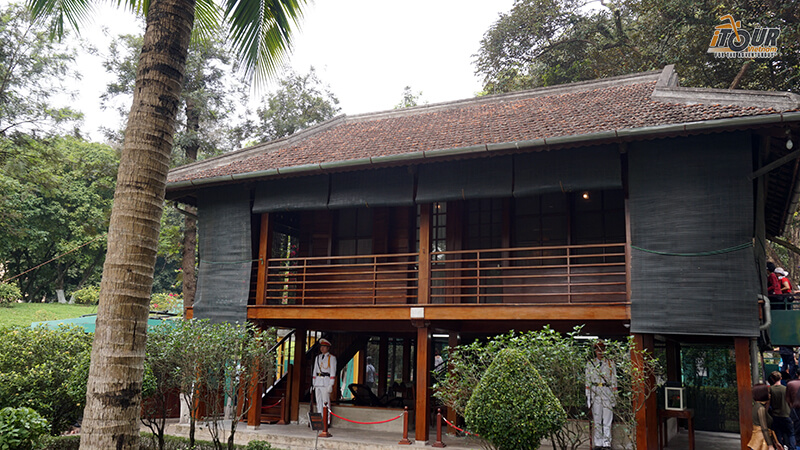 The stilt house is where the late Ho Chi Minh resides during his time as president. The inspiration for the stilt house comes from the housing of the local ethnic people. Built out of wood, the stilt house had a simple layout with only two rooms. Because of his simplistic living style, it is easy to imagine how he was seen as a “man of the people”. 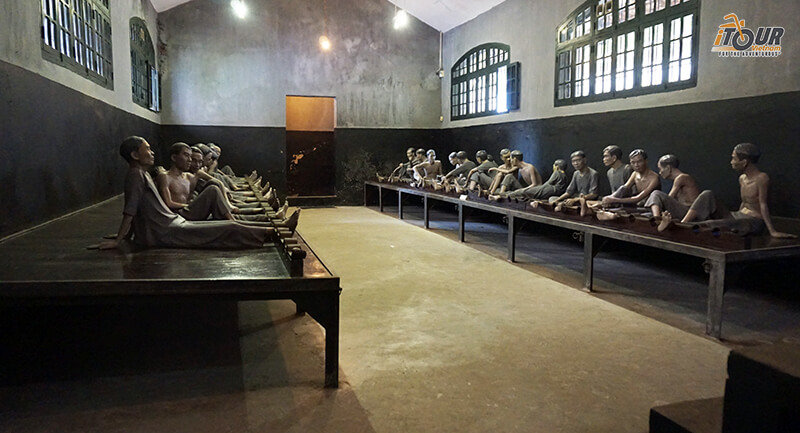 The Hoa Lo Prison Museum was once an actual prison used to imprison Vietnamese political prisoners. The prison had a reputation for being very inhumane in how they treated the inmates. Many prisoners spent the rest of their lives at the prison once incarcerated. However, now the prison has been transformed into an educational museum, documenting the lives and deaths of those who were imprisoned. As a historical site in Hanoi, the Hoa Lo Prison Museum is a reminder of the brutality of wars. 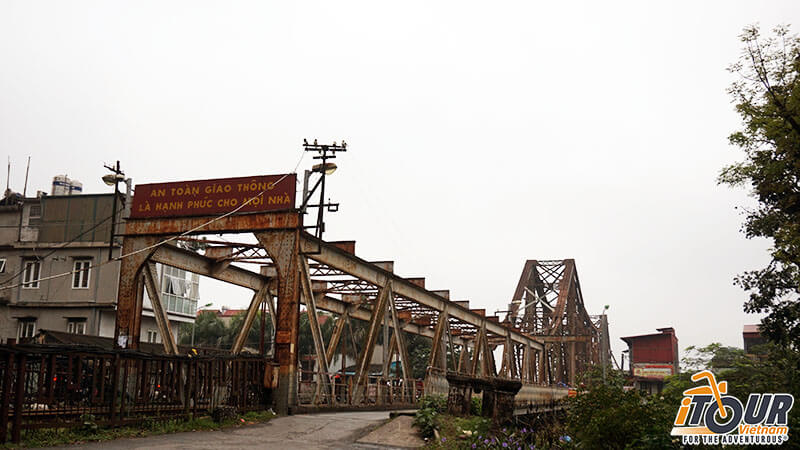 The famous Long Bien Bridge in Hanoi is a resilient symbol of pride for the people of Hanoi. The bridge had witnessed and lived through many warring conflicts in the past. It was targeted in repeated bombing attacks from invading enemies, yet it still stands today.

Presently the bridge is still in active use despite its history of assaults. Locals continue to commute over the bridge, and markets are set up around it. The Long Bien Bridge not only holds historical significance for Hanoi, but it is also a prime example of a handful of great French architecture leftovers during the French occupation in the past. 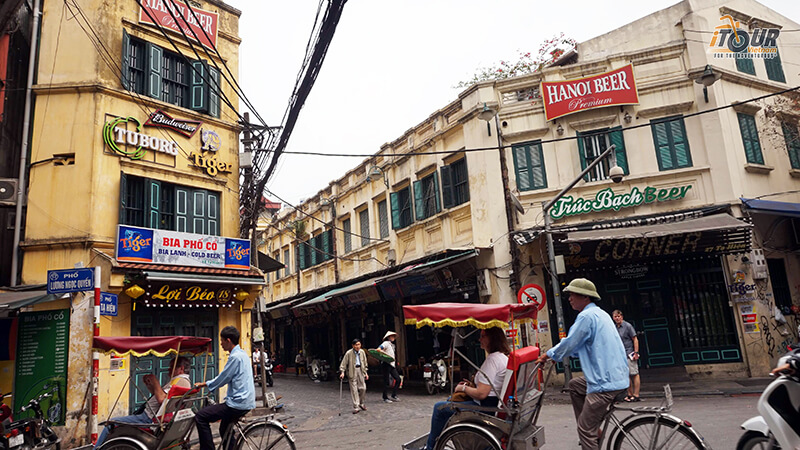 The Hanoi Old Quarter locates within the heart of the city. It is a famous walking street area that is beloved by locals and visitors alike. Originally it was a centralized place for merchants with old Vietnamese structures. Eventually, the French renovated the area with their French designs. Over time the area became a mixture of French and Vietnamese styles of architecture.

Nowadays, along with Western influences, the Hanoi Old Quarter is yet again adapting to a new change. This blend of culture gives the historical area a refresh in its distinctive charm, which is fully embraced by locals. 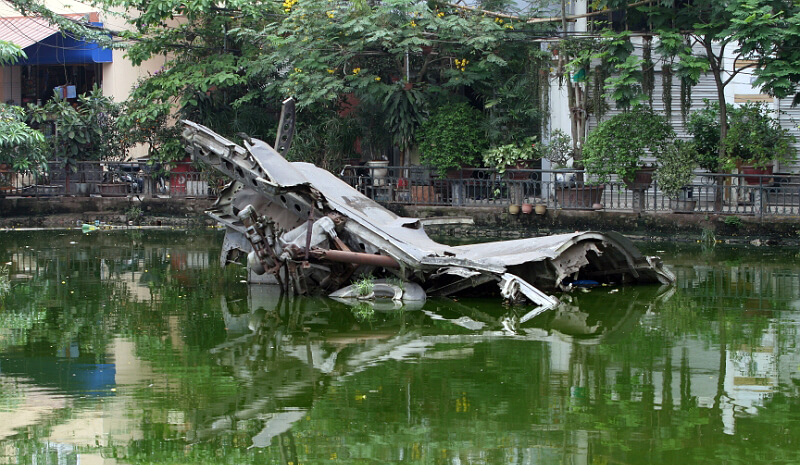 The B-52 Wreckage Relic site

The B-52 Wreckage is a somewhat hidden location tucked away in the quiet neighborhood of Ngoc Ha, located just west of the Hanoi Old Quarter. During the Vietnam War, an American B-52 bomber plane was shot down by Northern Vietnamese forces and landed in the small Huu Tiep Lake. To this day, the wreckage is left as it was as a reminder of the horrendous bombing that took place in Hanoi.

Find the best hotels to stay in Hanoi city center:

Hanoi’s history is an expansive timeline of over 1,000 years. With numerous conflicts along the way, it is truly incredible that the city can retain a number of its original structures to this day. With great preservation efforts, the blend of modern values and historical culture of Hanoi can still be distinguishable regardless of time.

After taking the time to appreciate the historical sites in Hanoi, see what else Hanoi is known for as the city has more to offer than just its historical values!