Four mythical creatures "Tu Linh", which are called Long – Lan – Quy – Phung, are four sacred animals representing the tremendous power of the universe. They are believed to be created from the four main elements including earth, water, fire, and air. Their symbols can often be found in Vietnamese sculptures in pagodas, temples, cemeteries, and local houses. Making objects engraved with four mythical creatures often requires a certain amount of effort with high accuracy because the objects are usually used in sacred places and rituals. 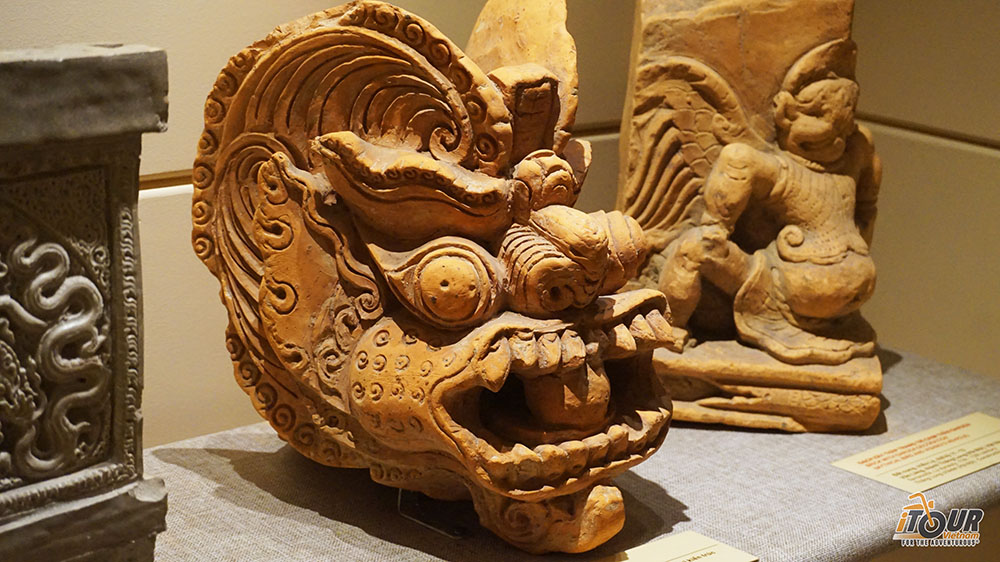 As a product of imagination, the Vietnamese Dragon is a potent combination of snake's body, lizard's thighs, hawk's claws, deer horns and fish scales. It is considered to be the creature of heaven, possessing greater power than other animals and symbolizing nobility and immortality. People also think when the dragon appears, it will bring good things, luck, wealth and peace. Those are the reasons why the dragon was used as a special symbol of Vietnamese emperors in the past. 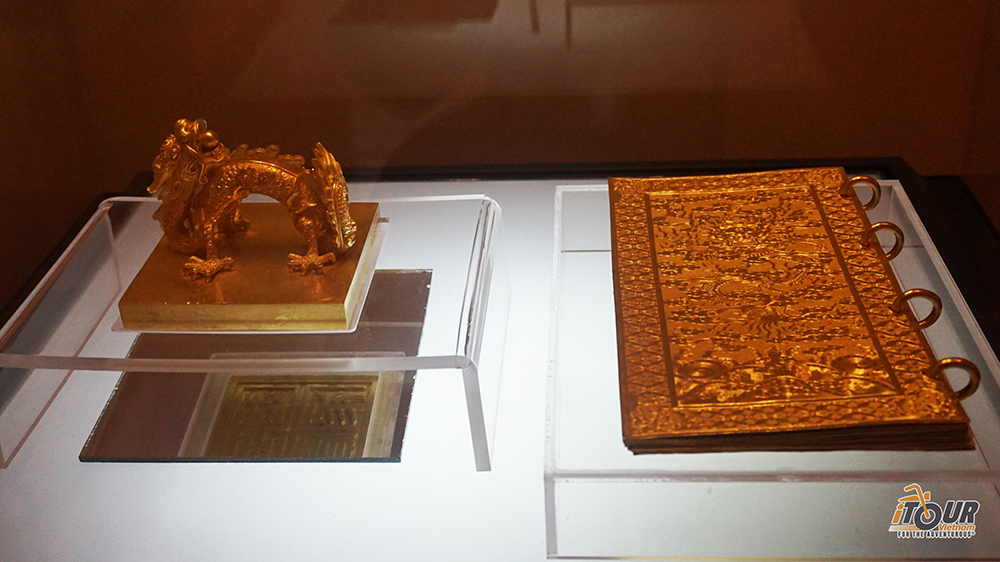 The dragon symbol is used to decorate the royal seal

Coming to Vietnam, you will recognize that there are various regions that have the “long”, which means dragon, in their names such as Thang Long (Hanoi), Halong Bay, and Dong bang Song Cuu Long (Mekong Delta). Each name comes from a different tale related to dragons.

Vietnamese believed that they are lineal descendants of a powerful dragon named Lac Long Quan. Legend has it that Lac Long Quan married a beautiful fairy named Au Co. They had 100 sons and daughters, and the first-born son then became the king of the first dynasty of Vietnam, the Hung Dynasty. That’s why there is a common proverb that Vietnamese often use to describe themselves as “con rong Chau tien” which means “descendants of dragon and fairy”. 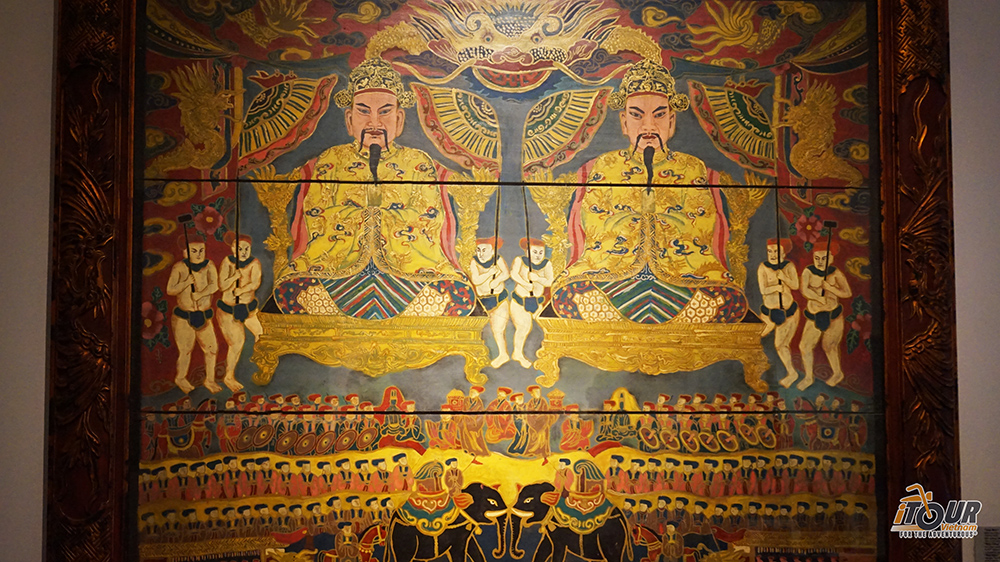 Similar to the Chinese belief, the emperor of the country is associated with the dragon symbol

An interesting thing you may find is the illustration and roles of the dragon in Vietnamese culture are actually quite different from those in Chinese. The head of the Vietnamese dragon has a long mane, a chin beard, and no horns. And it holds the pearl - a symbol of nobility, intellect, and humanity - in its mouth instead of in the front flaws. Its curvy body represents its ability to change the weather and seasons, giving it an important role in Vietnamese lives and Vietnamese agriculture. 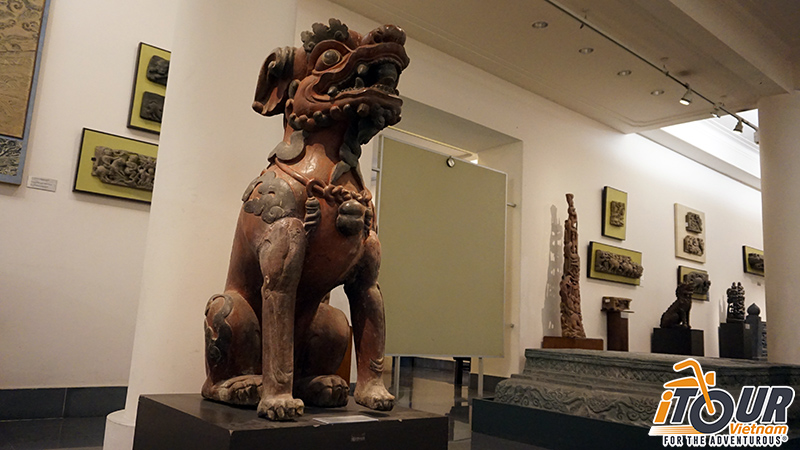 The unicorn is a composite creature from the features of a horse, dragon, and buffalo. Like the dragon, the appearance of the unicorn is widely believed to bring good fortune and peace. You can often catch sight of the unicorn carved on doorways and unicorn statues in front of many pagodas and temples in Vietnam. It is because the unicorn has the power to guard the houses, temples, and worship sites from bad spirits. 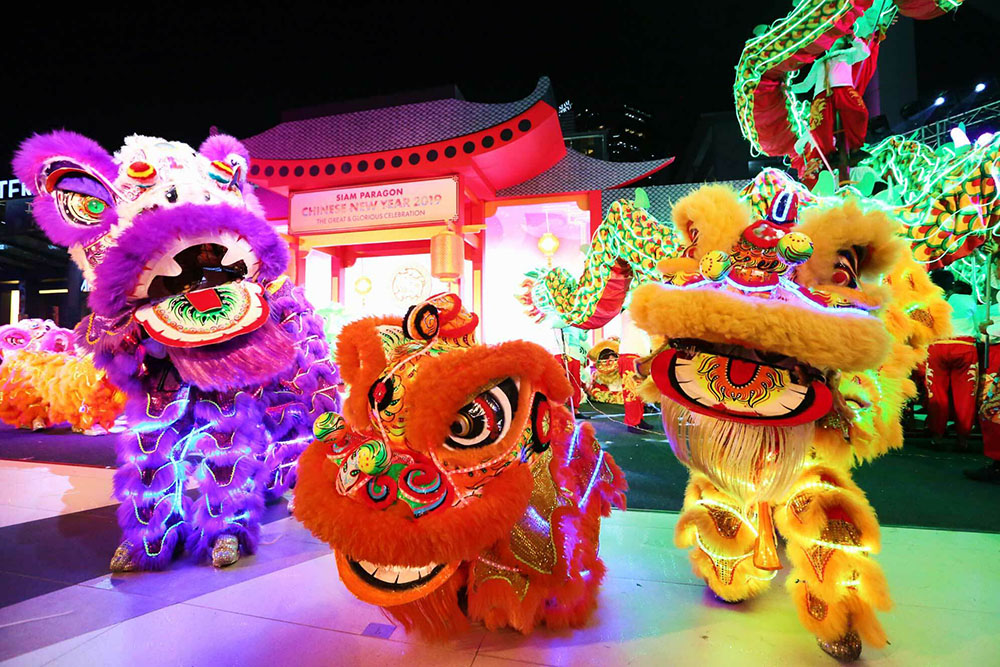 Legend has it that the Vietnamese unicorn was originally a wild beast living under the sea and coming to destroy crops and ruin normal life. Maitreya Buddha, therefore, transformed himself into the Earth God (called “ong Dia” in Vietnamese), domesticating the unicorn and turning it into a helpful beast. This legend explains the origin of the Lion Dance which is often performed at traditional Vietnamese festivals including the Lunar New Year and Mid-Autumn Festival. Different from Lion Dance in other countries, the Vietnamese Lion Dance is actually called the Unicorn Dance where ong Dia (the Earth God) leading and dancing with the unicorns. 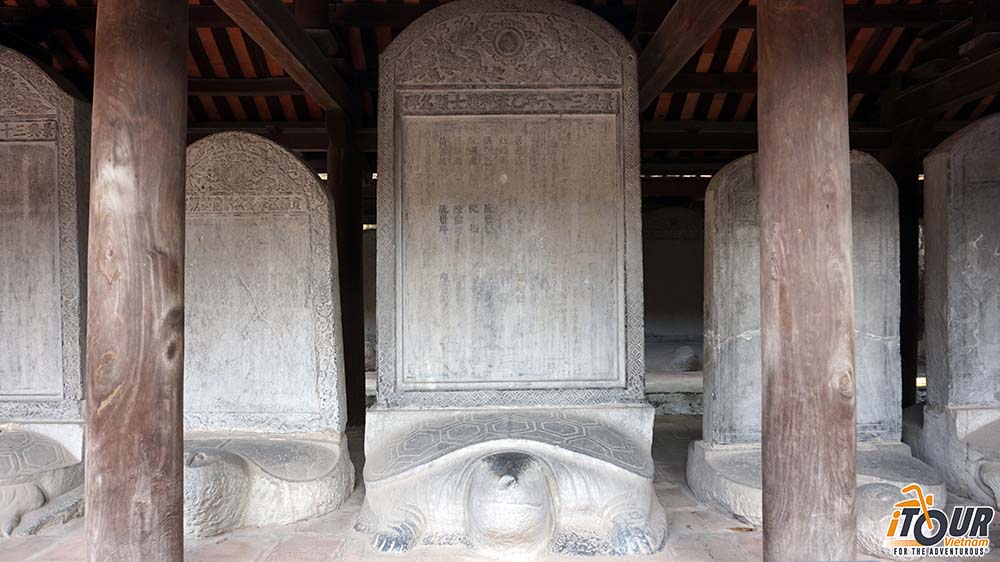 Turtle steles at the Temple of Literature in Hanoi

In four mythical creatures in Vietnamese cultures, the turtle is the only real animal. As a long-lived amphibian reptile, the turtle has the ability to survive without any food for a long time. Thus, they represent longevity and spiritual strength.

Turtle also symbolizes immortal intelligence. At the Temple of Literature (Van Mieu Quoc Tu Giam) in Hanoi, there are 82 stone sculptures of turtles carrying the stone steles with names of doctoral graduates carved on them. It was a mark of honor to those who had achieved the highest degree of education during the Le Dynasty to serve the country. 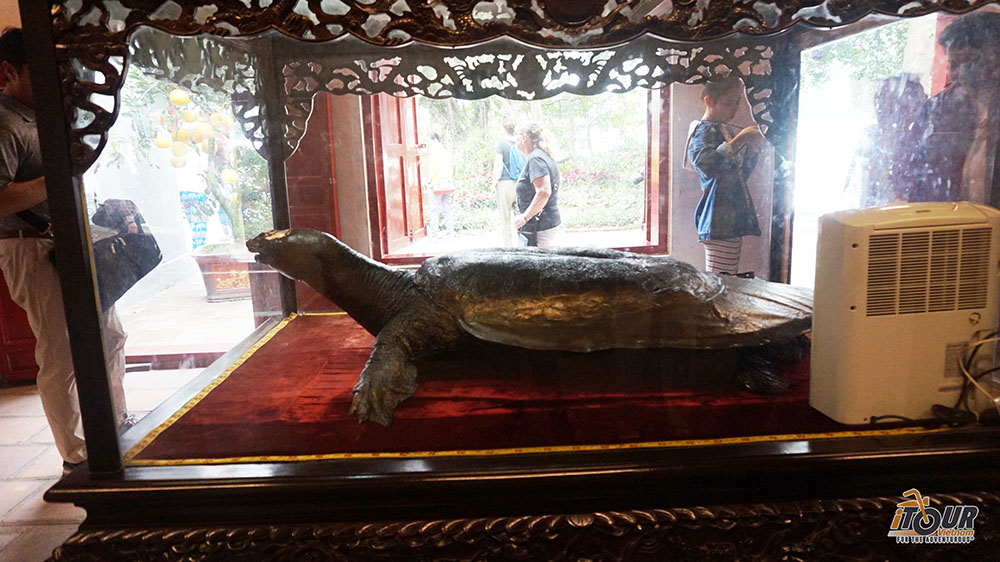 The turtle is also closely related to Vietnamese culture through several historical tales. One of them is the tale in which Le Loi returned the sacred sword to the Dragon King, after he defeated the Chinese army, via a turtle that lived in a jade water lake. The lake was later named Hoan Kiem Lake which means “Returned Sword Lake”. 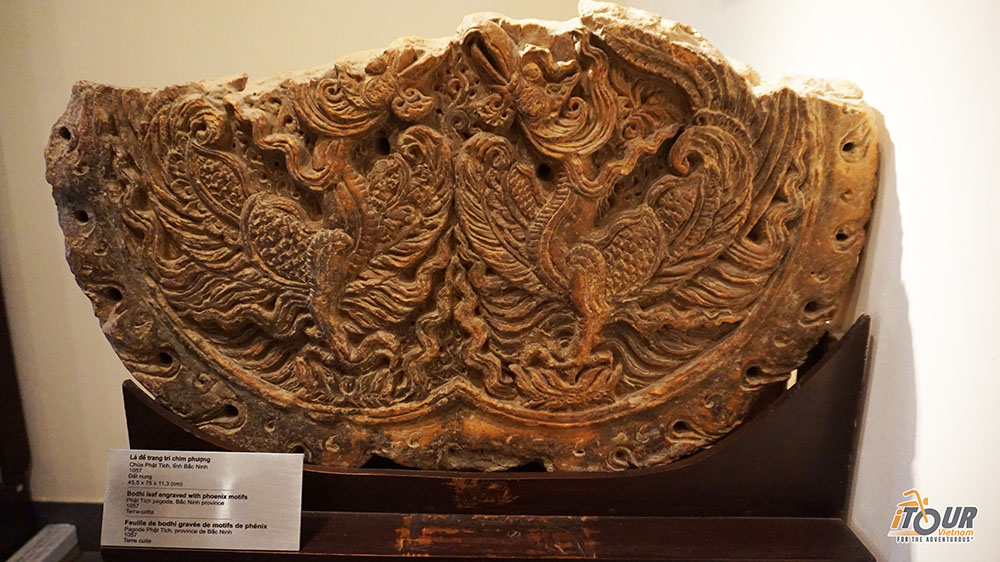 Phoenix engravings remnants from an ancient pagoda in Vietnam

The phoenix is described to have a snake neck, eagle claws, fish scales, and peacock tail. This mythical bird symbolizes virtue, nobility, and grace. Legend has it that the phoenix only appeared in prosperous times, and thus, representing peace.

Originating from China, the phoenix is considered to be the most beautiful bird and one of the most potent and sacred animals. Together with the dragon, the phoenix symbolizes royalty. The dragon has a yang element, representing the king, while the phoenix has a yin element, representing the queen. The complementation of yin and yang symbolized by the combination of dragon and phoenix is also believed to bring happiness to a marriage. That is the reason why the image of a dragon and a phoenix is often used as a decoration for Chinese and Vietnamese weddings.

Summary of Four Mythical Creatures in the Vietnamese Culture

Like many other East and Southeast Asians, Vietnamese show a strong belief in mythical creatures including the Dragon, Unicorn, Turtle, and Phoenix (Long, Lan, Quy, Phung). These sacred animals represent longevity, mercy, and happiness and can be found on many objects in Vietnam, especially decorative figures in pagodas and temples.

Or check out our featured tours to explore Ho Chi Minh City and its beautiful culture on motorbikes.

Get your travel insurance plan for your backpacking trip to Vietnam:

I've known about the dragons, and I spotted a lot of them on old buildings when I was in Vietnam. It's nice to learn about other creatures too. Very interesting blog

0 Cancel Reply
I've known about the dragons, and I spotted a lot of them on old buildings when I was in Vietnam. It's nice to learn about other creatures too. Very interesting blog
Cancel Update Comment

interesting read about the vietnamese culture