With a generally cool and temperate climate, the summer has a good amount of rainfall with precipitation of about 1,072 mm (42.2 inches) per year. Most of the precipitation is in September.

Look for discounted travel tickets below for your first time in Mui Ne:

Mui Ne, or Binh Thuan on a whole, does not have an airport.

At the Mui Ne Bus Station, there are many daily bus routes connecting other cities in Vietnam.

At Mui Ne City, motorbikes for rent are available for around VND 150,000 per day at the hotels or hostels.

Taxis are available almost everywhere in the city. Some of the taxi brands are Mai Linh, Binh Thuan.

Get a travel insurance plan upon your first time in Mui Ne: 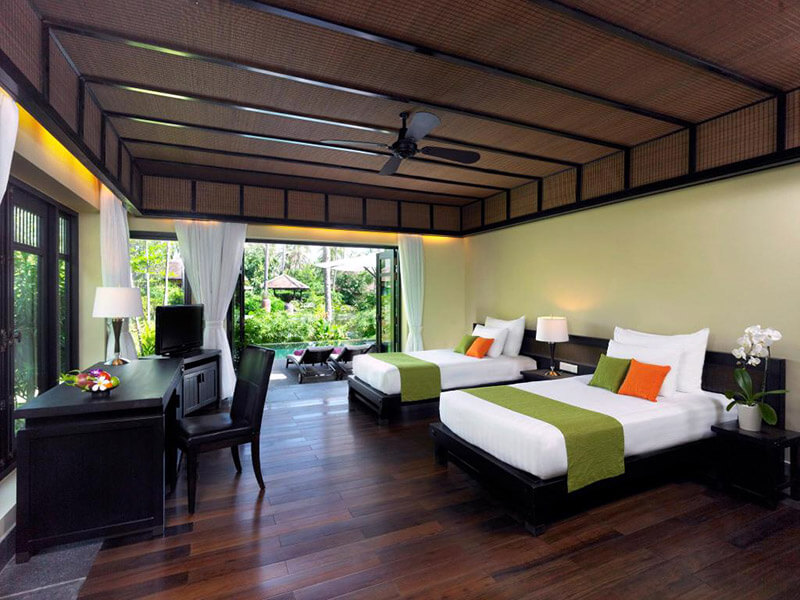 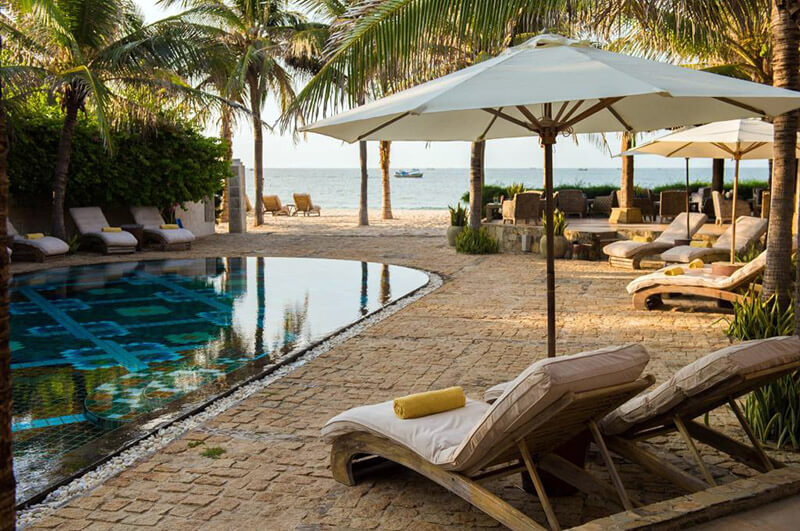 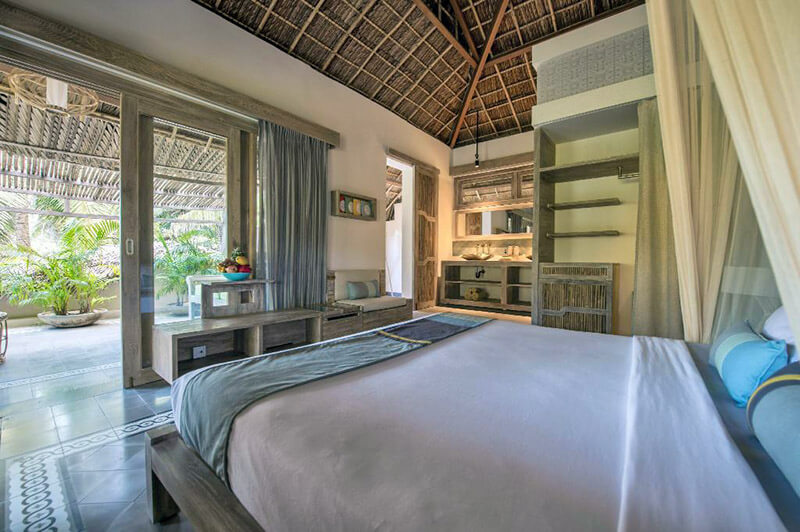 Or search for the best hotels for your first time in Mui Ne here:

Some famous beaches in Mui Ne which are Ganh Beach, Hon Rom Beach, Suoi Nuoc Beach, and Rang Beach and Rang Beach is the most popular is Rang Beach, which is generally regarded as Mui Ne Beach. Along the road from Phan Thiet City to Mui Ne are the numerous sand dunes with imposing landscape of beautiful rows of coconut trees and clean beaches. You can also take part in water sports, golfing, kitesurfing, windsurfing, and fishing.

Sand dunes are often tied with the dessert scene, but here in Mui Ne, gentle waves and strong winds transport the sand to the shorelines and form the dunes, which gradually get bigger over time. Another sand dune in Mui Ne worth visiting is the White Sand Dunes (view map) which is usually less touristy. It is the ideal time to visit the sand dunes early in the morning or before sunsets to capture the glorious orange hue of the sun casting the sand. Other than that, you can try sand sliding or taking a jeep tour when visiting here.

On the way to Mui Ne is the magical Fairy Stream, which earns its name because one side is solid white and red sandhills mixing together and the other is rows of shading coconut palms and green trees. The water falls from a height of 6 m on hillslopes around Ham Tien, which naturally turns into red color when mixing with the red sand in the bottom of the stream. 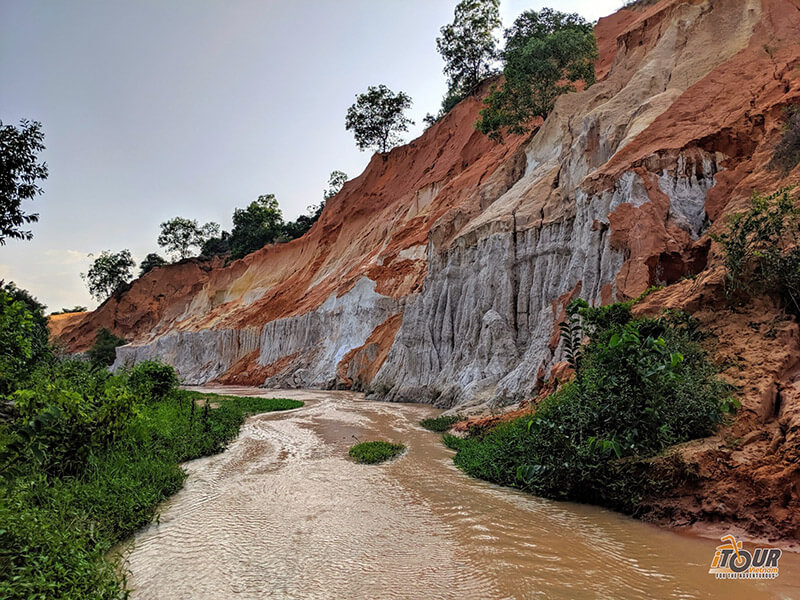 Bai Da Ong Dia or Ong Dia Rock Beds is a lesser-known beach near Mui Ne that is characterized by the massive lines of natural rocks by the seashore. At this beachfront, you can take part in a host of recreational activities such as kitesurfing and parasailing.

For those seeking extravagant in one of the most beautiful beaches in Vietnam, the Sea Links' RD Wine Castle can take you on a Vietnam Wine Tour with a large collection of wine, either domestically produced or imported from all over the world. In the castle's basement, a guide will take your through a wine-tasting tour and you can buy yourself a bottle if something captures your attention. In addition, the Sea Links' golf courses and its country club can offer luxurious experiences with amazing scenery and professional staff.

Mui Ne Fishing Village is a glimpse into the sea-bound life of the locals and their traditional fishing customs. We would recommend visiting the village early in the morning to catch the sight of colorful fishing boats either returning home from their fishing trips or preparing to set out for another journey under the orange tint of the sunrise. Around the area are many local streetside restaurants where you can find a great variety of warm noodle soups to fuel your energy for the day.

Other Attractions in and around Phan Thiet City

The ancient pagoda was built in the middle of the 19th century in a large cave 105 km north of Phan Thiet by Monk Bao Tang. Most of the designs are made of stone, including the path and stairs leading to the pagoda, and the two decorative of dragons on the balcony. Next to the pagoda is a long stretch of a rocky yet magnificent beach on which many tourism facilities have been established.

Linh Son Truong Tho Pagoda stands on Ta Cu Mountain which is 549 meters high and is one of the most important highlights of the mountain. On the top is the 49 m long reclining Buddha - the longest one in Vietnam, and from here you can have a spectacular view of Phan Thiet. The temperature on the mountain is generally lower in the city and there are not many tourists elbowing for a holiday picture so you can enjoy the untouched nature and the many Buddhist monuments here. There are to ways to reach the pagoda, either by hiking or taking a cable ride. The hiking trail is rather easy and is a good way to spend your energy after spending lazy days lying by the beach. 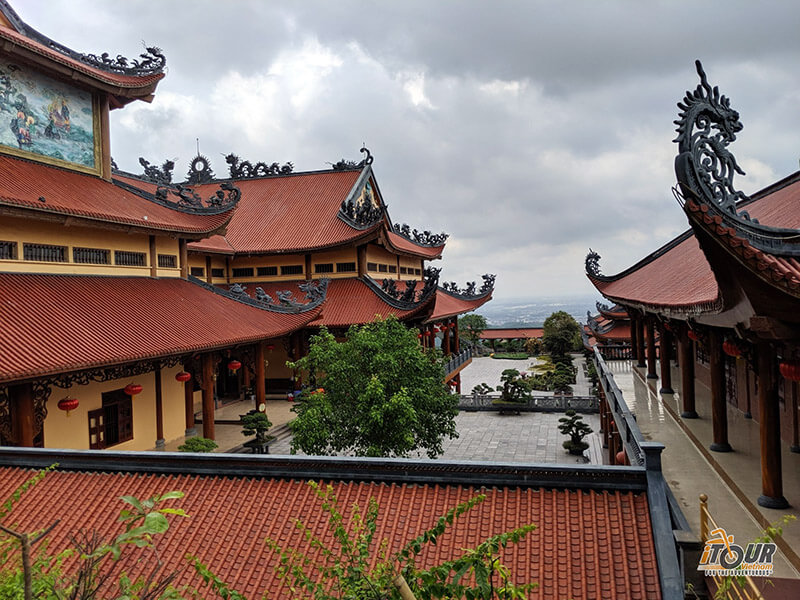 As the oldest temple in Phan Thiet, Van Thuy Tu is an almost 250 years old temple that is closely tied to the locals' seabound culture. The temple worships the God Nam Hai, whose presence is the hundreds of whale skeletons displayed inside, and other holy figures such as "Thuy Long Thanh Phi" (Lady who conquered the sea) and Quan Thanh. There are roughly 600 whale's remains that are preserved in the temple, the largest skeleton in the collection is 18 m and dates back to nearly 120 years.

Whales are a sacred creature in the local fishermen's belief, which are believed to protect fishermen on their fishing trips from natural disasters and unwanted accidents. In the past, whenever a dead whale washed ashore was found by the locals, it was then admitted to a sanctuary for burial, and later to be preserved in the temple when the building was established. Local people hold annual rituals to commemorate the whales and the sea gods.

In the exhibition, there are also artifacts from the Nguyen dynasty, mostly from the Thieu Tri and Tu Duc's reigns.

Thousands of years ago, Binh Thuan was the land of the Cham Kingdom and the Po Sah Inu Towers are some of the few relics remaining in the province. The towers were built 1200 years ago and there are only 3 towers left. It might bot be an eventful visit, but for history and architecture enthusiasts, it is quite refreshing to come in touch with the ancient establishment of the area.

Phu Quy is an isolated island 120 km from Phan Thiet mainland. There is little tourist development on the island but the basic amenities are still adequate enough. Foreign visitors coming to the island must obtain a permit as the area is still under the military control, but the rustic nature here and the authentic local life are welcoming experiences well worth your effort. Highlights on the island include Ganh Hang, Trieu Duong Bay, Long Hai Harbor, and the local markets. For adventure seekers, you can a boat driven by a local to go fishing at the sea.

Bau Trang is an oasis in the middle of Phan Thiet's signature sand dunes. The freshwater lake is incredibly stunning during summertime when the lotus flowers bloom in profusion. You can rent a boat to immerse yourself in the clear cool water and go fishing in the lake or take part in the sports on the sand dunes.

Tuy Phong is an off-the-beaten-track in Binh Thuan with few tourists but holds great values for exploration. Co Thach is where you can relax by the calm waves and cool breezes without the hassle of giant crowds. The beach is where many cultural and historical spots are at, namely the Hang Pagoda and La Gan Fishing Village. Other than that, stop by Vinh Hao Commune to take a natural mud bath and visit one of the main mineral water sources in Vietnam.

Eating and Drinking on Your First Time in Mui Ne: 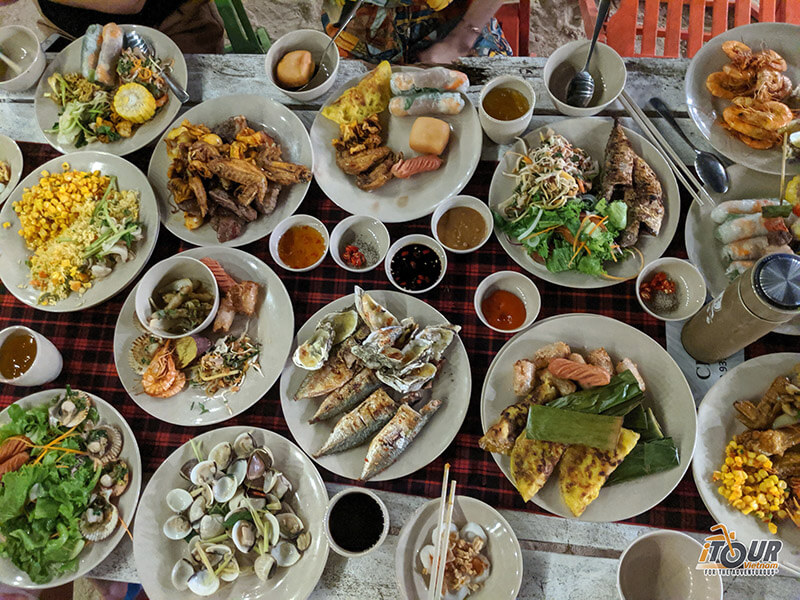 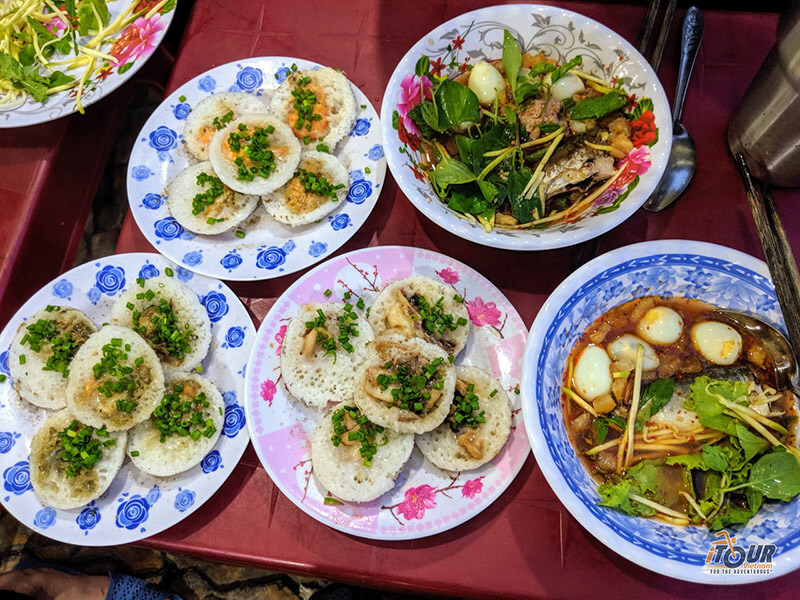 Dinh Thay Thim Festival celebrates from the 14th - 16th on the lunar September every year. There are two main rituals and one of which is held at the Thay Thim Palace (Dinh Thay Thim) who were the husband and wife that used their magic to help the locals.