Festivals and Public Holidays in Vietnam As an orient country, or, to be more specific, a country in Southeast Asia, Vietnam celebrates the same best times of the year with its neighbors, namely China or Korea, but also has its own. Discover the most popular festivals and public holidays in Vietnam as well as other lesser-known ones.

In this article, we break down festivals and public holidays in Vietnam into four major categories - national holidays, observances of honorable professions, cultural festivals, and imported special days.

The following holidays are major celebrations of the whole nation when all Vietnamese can enjoy time off work to go on a vacation or reunite with their family.

A refreshing time when living creatures bloom and the air gets magically fresher and full of life. It takes place around late January or early February in the solar calendar (the exact dates vary according to the lunar calendar) and is truly a holiday bonanza. Everybody typically has a whole week off. The break is even longer for pupils and university students, lasting up to a colossal 2-week off. Needless to say, Tet is the quintessential holiday season of the year for the Vietnamese, and also for other Asian countries like China, Malaysia, and the two Koreas.

During Tet, big cities like Ho Chi Minh City or Hanoi see a sudden decrease in their immediate population because all the immigrants will take the train back to their hometown (in other provinces) to reunite with their family. That said, big cities are still favorite holiday destinations for people from the satellite towns.

Tet traditions and cuisine are diverse and tantalizing, starring brilliant flowers as decorations and stunning dishes of pork and chicken, sticky rice cakes (banh chung, banh tet), pickled vegetables of all kinds and so much more. Festive decorations in the major streets are also a charm too. 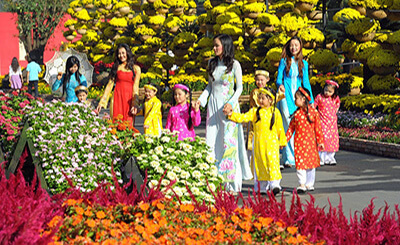 Read about Tet Holiday, its rituals and cuisine here.

Celebrating the Lunar New Year doesn’t mean Vietnamese ignore the New Year’s Day of the solar calendar which is, as a matter of fact, the main calendar in use because we all need to globalize and partner with our foreign friends, obviously. On New Year’s Day (January 1st), you can expect to see happy new looks of shops and stores along all of the streets, although predictably this holiday does not mean as much to Vietnamese as the lunar one.

Why commemorate “death” but not “birth”? Well, as you may or may not know, death has a special meaning in the cultures of some Asian countries like China, Japan and also Vietnam, even more, special than birthdays. We mourn the death of the great leaders of our country, so we saved this day as an occasion to pay homage to them every year.

People in the country get a day off on the 10th and may choose to have a warm family gathering. But the real festival takes place in Phu Tho Province, the hometown of Hung Kings, and features dynamic activities like traditional sports competitions and cooking sticky rice cakes competitions, along with typical rituals of presenting offerings and burning incense to the main temples in Den Hung Historical Site. Offerings are carefully prepared by provinces across the country from the best of their locally grown fruits and delicacies.

This day is of great significance in Vietnam, probably only second to Tet Holiday. Splendid decorations in the streets and national flags with its brilliant red color are telling signs of the day. If you wish to get to know more about this part of Vietnam history, we recommend you visit the Independence Palace in District 1, Ho Chi Minh City.

May Day or International Workers’ Day

Working diligently, with different senses adapted for different age groups, to contribute to society as a whole is a praiseworthy attribute. This holiday often goes with the Reunification Day on 30 April to create a holiday combo for Vietnamese workers and students who take this chance to have a getaway to beaches and islands or simply return to their hometown.

On this day, the president officially announced that Vietnam is an independent country and not any other country’s property, moving millions of Vietnamese present at the Square at the time. This day is known as “Quoc Khanh” in Vietnamese, literally means the launch of a country, rather than “Doc Lap” which is the closest translation of “independence”.

Other major observances that are celebrated nationwide although no days off are offered are: 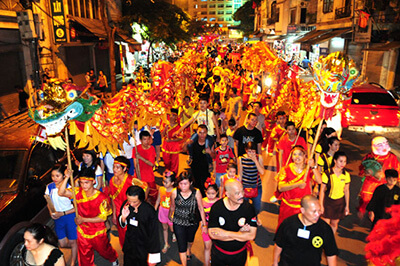 There are specific days in the year which Vietnamese dedicate to “special” people in particular professions whom they think deserve all the praise and respect in the world and who play a crucial role in the development of the society. These include Teachers’ Day (November 20th), Doctors’ Day (February 27th), Memorial Day or Veterans’ Day (July 27th), and Military Force’s Day (December 22nd). On these days, people send their warmest regards and best wishes to the respective professionals.

As a visitor to the country, you’ll probably notice the difference in the streets on Teachers’ Day (November 20th), with pupils flocking to their school for a big ceremony in the schoolyard or the “bloom” of one-off flower and gift vendors near the areas of schools. That suffices to say Teachers’ Day is a big deal in Vietnam, although it's not a public holiday which allows the whole nation to have a day off or anything. But good news for the students, no classes on that day! 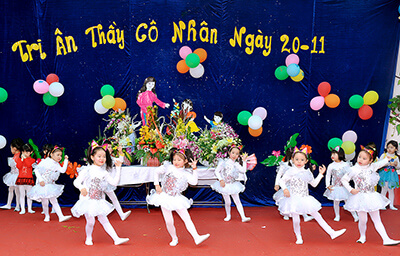 The best of all cultural festivals in Vietnam happen around Tet Holiday (Lunar New Year Festival) and are mostly celebrated among members of ethnic groups or residents of certain provinces.

In general, there are countless unique and idiosyncratic festivals across the nation. Most of them are based in remote areas like Central Highlands (Tay Nguyen) and North West (Tay Bac, with its iconic city - Sapa) where most ethnic groups reside, or in certain provinces with a time-honored tradition like buffalo wrestling or long-standing artistic flairs like singing and traditional dancing. There seem to be more distinctive festivals in northern provinces than central and southern ones.

Here we pick out four phenomenal, majestic festivals in North, Central and South Vietnam to give you an overall picture.

Wrestlers must be at least 16 years old. Winners win a meager sum of money but still fight for the honor that the title brings. A special ritual dictates that fathers of the newest born baby boys in the village have to wrestle against each other in lieu of their sons. Even young kids can compete, but of a light-hearted nature and just as a way adults let them live their passion of showcasing strength to myriad spectators. 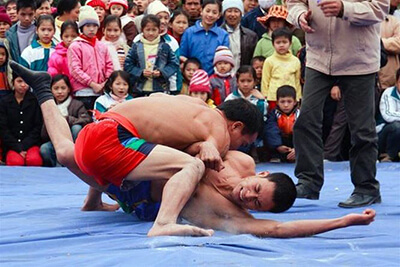 This event celebrates a human god in Vietnam history and mythology called “Thanh Giong” (God Giong) who attained immense power within a short period of time and successfully fought invaders off the borders of Vietnam, protecting the nation’s territory. The Soc Son Festival right in the capital city features young men in vibrant-looking red and yellow outfits, a giant man-made elephant and a slew of both young and old attendees. 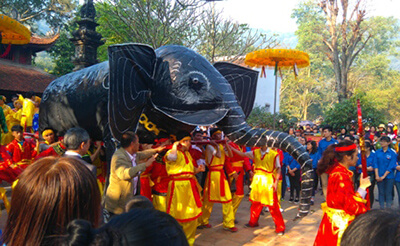 This festival is meant as wishes for a lucrative fishing year. Mixed-age groups can team up for the race and women are also avid competitors. 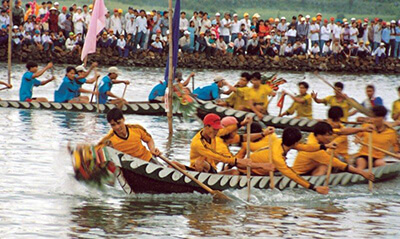 Fishermen and their families perform formal rituals in bright-colored outfits (red and yellow, because these colors symbolize wealth and luck) to express gratitude and send their prayers to the God of the sea, hoping for a lucky year in their job. 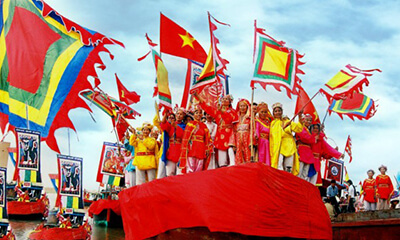 God of the Sea Festival

A number of international celebrations have wormed their way into Vietnam and gained a remarkable following in the nation. These include Valentine’s Day, White Valentine, International Women's Day, Halloween, and Christmas Day (besides being a religious holiday for Christians in Vietnam).

See Where to Spend the New Year in Vietnam.

Around late December, Christmas decorations are ubiquitous across the streets of Vietnam, especially in big cities, creating a sparkling and delicate look for modern landscapes. Meanwhile, Valentine’s Day and Women’s Day are advantageous business opportunities for one-shot flower and gift vendors along the streets.

Summary of Festivals and Public Holidays in Vietnam

The true festive season for all Vietnamese is Tet, but other cultural festivals like wrestling, boat racing and God of the Sea festivals appear much more stunning and exceptional, wowing people with their exceptional grandeur. You should really think about planning a visit and experience the local fun at first hand!

Get the world-leading travel insurance to explore more of Vietnam:

Explore the beautiful country of Vietnam with local experts on our adventure and cuisine tours.
Read more interesting topics on Vietnam culture and history.

I love the Tet holidays. My Vietnamese friends always invite me to their family to celebrate

0 Cancel Reply
I love the Tet holidays. My Vietnamese friends always invite me to their family to celebrate
Cancel Update Comment

would not be a wise choice to visit the tourist areas in those holidays though, too many people

0 Cancel Reply
would not be a wise choice to visit the tourist areas in those holidays though, too many people
Cancel Update Comment
First Page Previous Page 1 Next Page Last Page