Being situated in the northern part of Vietnam, Hanoi has access to the mountainous regions as well as the sea. This gives Hanoi an advantage when it comes to exotic foods when compared to the rest of Vietnam. Discover some exotic foods in Hanoi that can surprisingly turn out to be quite delicious more often than not. 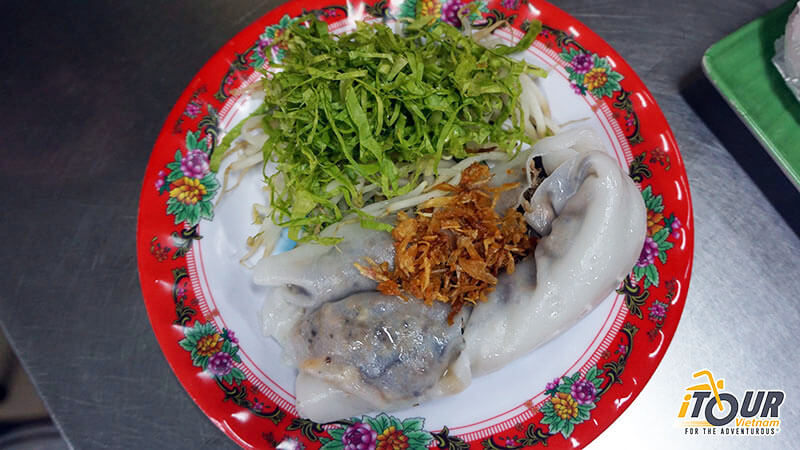 Banh cuon is a common breakfast favorite in Vietnam made of thinly spread rice batter flour rolled with minced meats and mushrooms dipped in a sweet fish sauce. However, in Hanoi, you can find a peculiar addition to this dish that is quite unusual. 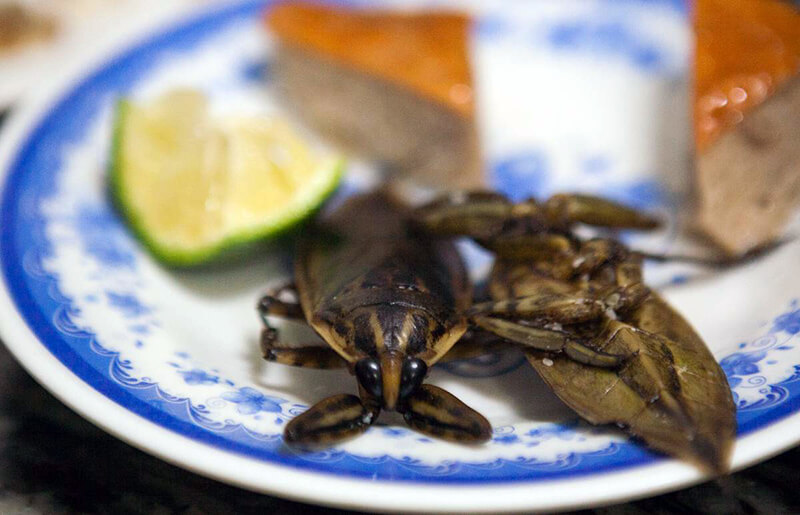 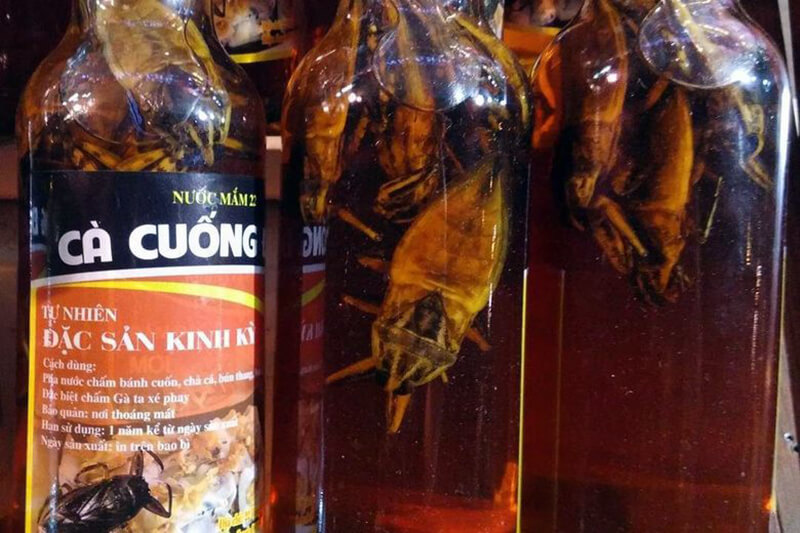 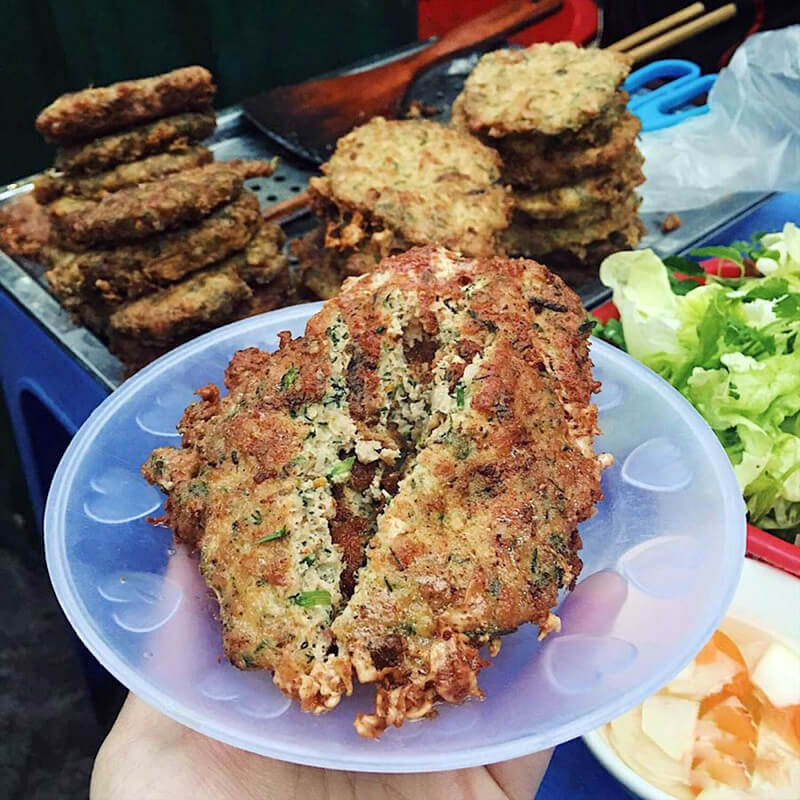 This dish is served in the form of a pancake with a batter typically consists of minced meats, egg, orange peels, dills, and other Vietnamese herbs. The shocking ingredient, however, is the sandworm!

Usually, the sandworms are already incorporated into the batter so you would not even notice them. If you can find the street food version of this dish, you might be able to have fresh live sandworm added right onto the batter as it cooks in the pan. 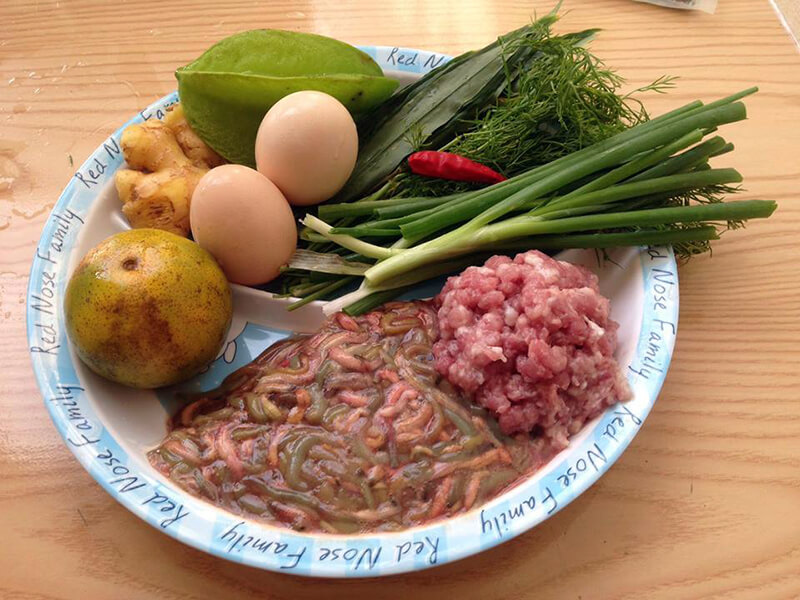 Insects are perhaps the most native of all exotic foods in Hanoi. Most of the insects are sourced from the Northwestern mountainous region of Vietnam. When starting with insect sampling, it is best to go for the fried version when possible as this will make it easier to enjoy. 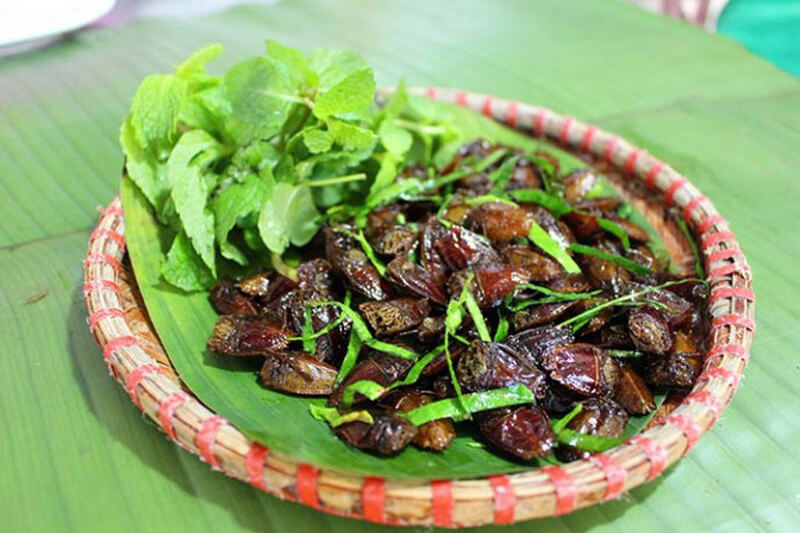 Stink bugs are surprisingly among the most favorite of all insect dishes. With a crunchy texture and a meaty abdomen, the stink bug carries a slightly bitter taste that most locals seem to enjoy. They are mostly in season from January to February. 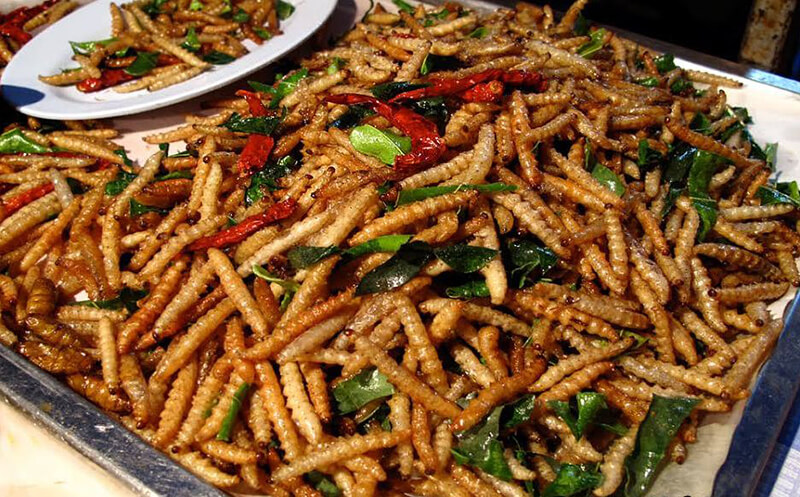 Bamboo worms are typically served deep-fried or stir-fried and are commonly eaten as appetizers. They are more widely available from March to May and especially from September to October during their peak breeding season. 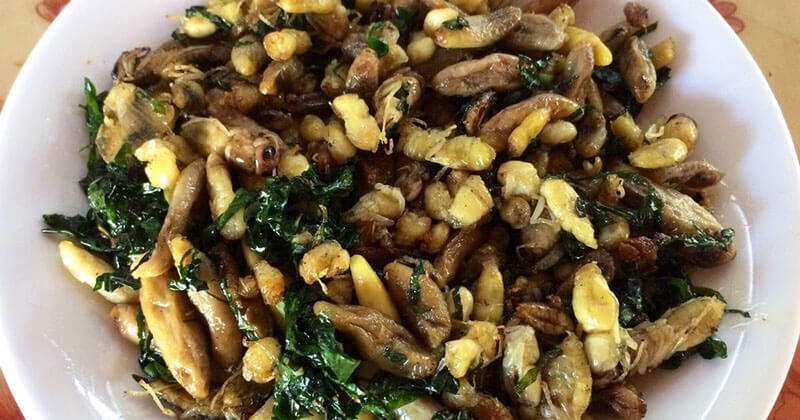 Fried bee larvae are said to be crunchy and similar to french fries. Most people prefer the larvae in this form as it's easier to enjoy. Those who are extra-adventurous can also try the steamed version. They are in season from September to November. 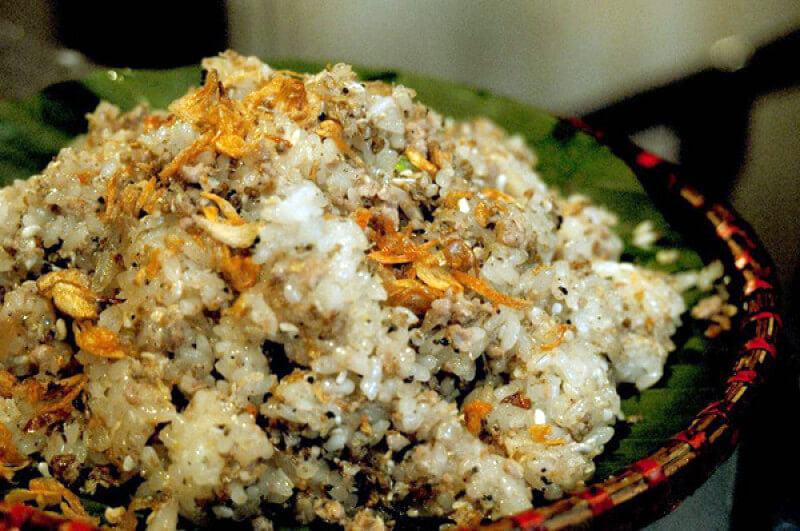 Ant eggs sticky rice is probably an easier introduction to insect cuisine if you are hesitant about eating insects. The ant eggs have a texture similar to that of fish roe. This dish is usually available all year round. 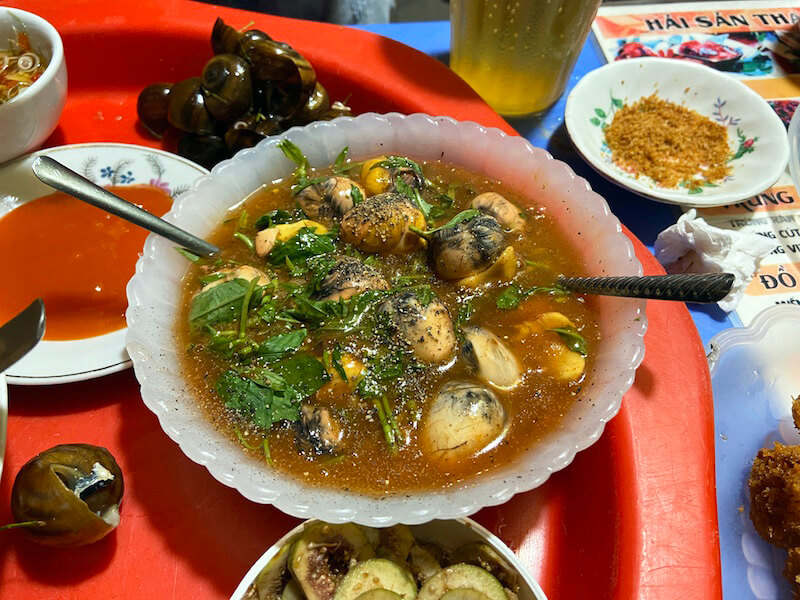 Very similar to balut, trung cut lon is the same but with quail eggs. If you have never tried balut ("trung vit lon" in Vietnamese) before, the quail egg version may prove to be an easier gateway to the full-on larger duck egg. The eggs are popularly enjoyed in a tamarind-based sauce or on its own just like balut with salt and black pepper as a seasoning dip.

Being adventurous can be fun and thrilling, but do consider your health seriously when deciding to try these exotic foods in Hanoi. Make sure you know about these Food Safety Tips in Vietnam, and sign up for a quality plan of travel insurance to protect yourself on your travel:

Conclusion of Exotic Foods in Hanoi

Whether you are an adventurous foodie or not, if you keep an open mind, most often then not you will be pleasantly surprised. Even if the specified exotic foods in Hanoi aren’t to your liking (don’t worry everyone has different taste!), think of it this way, you at least now know and can say that you have tried it.

If the unusual dishes above aren’t for you, you can always choose another route of exotic foods in Hanoi - fruits! Explore and sample the many varieties of exotic fruits that Vietnam has to offer, which are just as interesting as any dishes in Hanoi. To search for those fruits, start with local markets in Hanoi.