Binh Tay market, also known as the name Cho Lon Moi (The New Market), has played an important role in Ho Chi Minh City’s residents' daily life. Sitting on Thap Muoi Street, considered as the heart of Chinatown, the Binh Tay Market is the central local market in District 6 and one of the biggest local markets in Ho Chi Minh City. In the 1920s of the 20th century to replace the Cho Lon Cu (The Old Market), the Binh Tay Market was built by a Chinese businessman named Quach Dam. 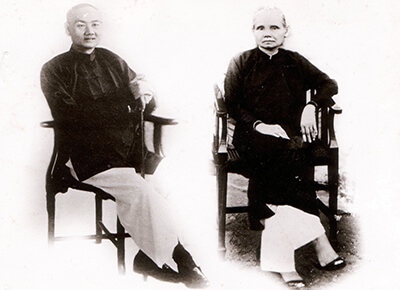 Born in 1863 in Chaozhou city, Guangdong Province, China, his original name was Quach Diem. He then moved and made his fortune in Saigon (former Ho Chi Minh City) in the mid of 1880s. Quach Dam started out from nearly nothing, and made his living by collecting and recycling garbage, or called “ve chai” in Vietnamese. No one was his family, no place to call home, but Quach Dam persistently worked hard and cultivated the dream of becoming rich one day.

He then tried buying and selling buffalo hides and fish bladders all around Saigon and even to many countries nearby. After saving up a small capital and experience, he rented a house to start his small business on Hai Thuong Lan Ong street called Thong Hiep. He later moved to another housing block to extend the business with the advantage of facing the main canal that connected Saigon to other South West provinces, Quach Dam quickly change his strategy into investing in the trading of rice.

With his wisdom and experience gained through many tough years, he became one of the most successful merchants in Saigon by the 1900s. After Quach Dam’s death in 1927, his sons succeeded in the family business and took over the role of Thong Hiep’s director, but the economic crisis happened and caused the business of the Quach to collapse.

Right after “The Old Cho Lon Market” was no longer can be used for business, Quach Dam decided to buy a piece of land on modern Thap Muoi Street, District 6 with the aim of building “The New Market” - the biggest market in the South of Vietnam. 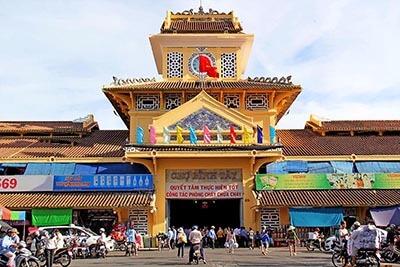 Binh Tay Market has a typical design of Eastern style that you can easily recognize on the roof and applied the modern building technique of the Western at that time. Quach Dam then divided the market into small and equal blocks for merchants in the Cho Lon area to continue their business. 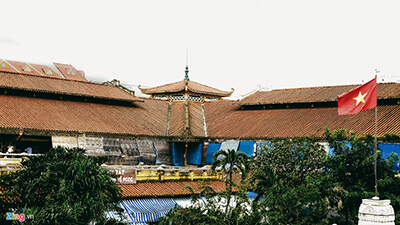 The construction of Binh Tay Market began in February 1926 and finished in 1930. However, Quach Dam never had a chance to see his biggest ambition because he died on May 14th, 1927 at the age of 65, which makes the Binh Tay Market his uncompleted dream.

At the center of Binh Tay Market is the statue of Quach Dam, surrounded by 4 bronze statues of lions and 4 bronze statues of dragons. After the statue has been moved to the Fine Arts Museum of Ho Chi Minh City on Pho Duc Chinh Street, District 1 to preserve and renovate the market, and other statues have been replaced, the only thing left at this place is the altar that people still come here to make wishes and pray for their business.

What to Buy in Binh Tay Market 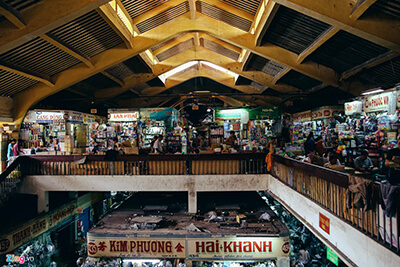 About 100 years old of establishment and development, Binh Tay Market still plays the main role as a major business hub, the scale of product categories even grows larger and larger after decades. You can find many things such as fresh produce, and foods like other wet markets as well as fabrics and cosmetics offered at the wholesale price here. The ground floor and upper floor’s areas are all dedicated to the business of over a thousand shops here, which could easily make you lost your ways. 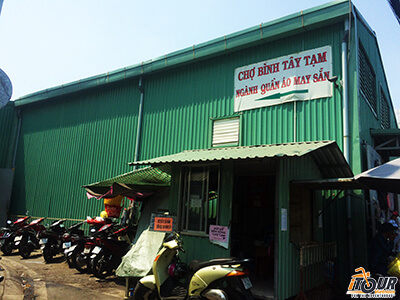 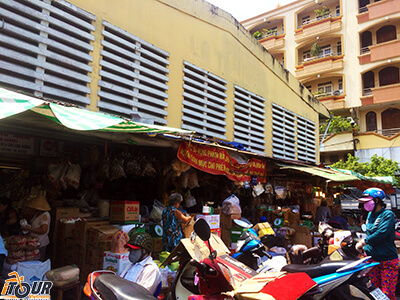 Binh Tay Market went under a big renovation (from September 2017), so there are many changes for tourists visiting. A lot of shops including wholesalers and retailers have to operate their business in a temporary area covered by aluminum plates outside of the construction area. The reconstruction is now completed and you can freely explore the area. 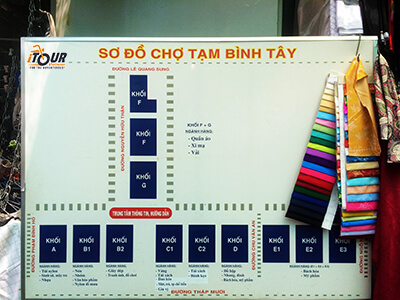 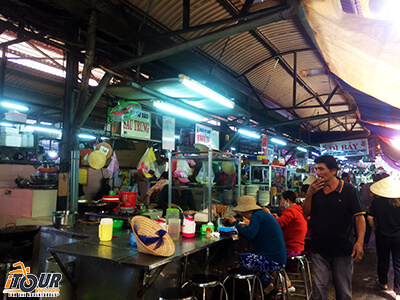 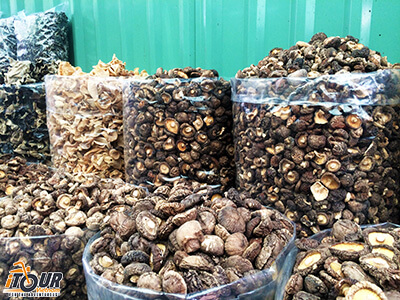 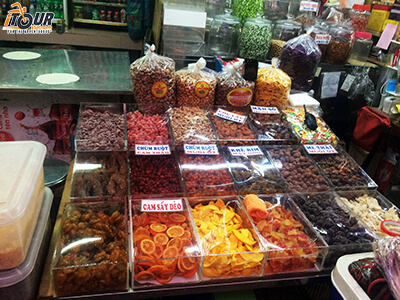 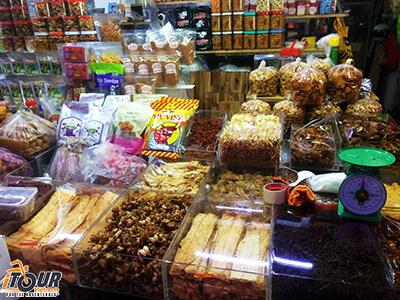 The middle area of Binh Tay Market was the first part to be repaired, visitors could still have a walk around both sides of the market, which sell mostly dried fruit and processed food. There were many traditional foods in the food sector behind, but it was usually crowded at lunch. 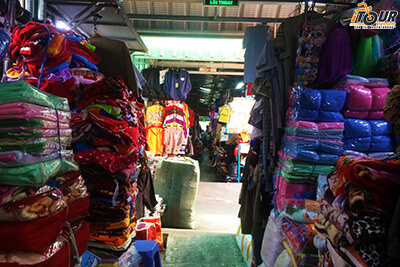 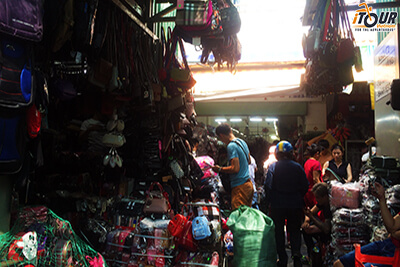 Binh Tay local market is a great place in Ho Chi Minh City where you can find the image of how Chinese people are operating their businesses. By way of observing the design of this market and also its location at the heart of Chinatown, you also have a chance to discover the deep-rooted tradition of Chinese people living in Vietnam.

If you want to explore more in Ho Chi Minh City’s Chinatown Cho Lon, join us on our Day Adventure and Saigon’s Other Side tour. On these tours, you will visit temples and pagodas as well as try the famous Vietnamese coffee.

A very busy and crowded market, anyone visiting here should beware of things falling over from the motorbikes carrying heavy loads of transport

0 Cancel Reply
A very busy and crowded market, anyone visiting here should beware of things falling over from the motorbikes carrying heavy loads of transport
Cancel Update Comment

An exciting place to learn about the local lifestyles