Hanoians have a soft spot for alcohol, especially their freshly brewed craft beer, known locally as Bia Hoi. In both urban and rural areas of Hanoi, Bia Hoi has become an indispensable part of the culinary scene. You’ll find it very common to come across people sipping on a cold beer, chatting with friends and munching on some bar snacks at any given time during a day. In this blog, we’ll explain to you all the ins and outs behind the city’s “Bia Hoi craze” and some of the expected drinking etiquettes to enjoy this foamy golden beverage with the locals.

What is Bia Hoi?

Bia Hoi is the name for local craft beer, freshly brewed and must be consumed within 24 hours beyond leaving the factory. To break it down, “Bia” means beer, and “Hoi” means gassed, which refers to the process of compressing the beverage into a can (called a keg). When you order, Bia Hoi will be poured out directly from the keg into your cup. Hanoians drink their beer from a glass cup, not plastic or any other materials. Some locals explain that the beer tastes better this way; others assume that they’re so used to serving Bia Hoi in glass cups that it’s become a tradition. 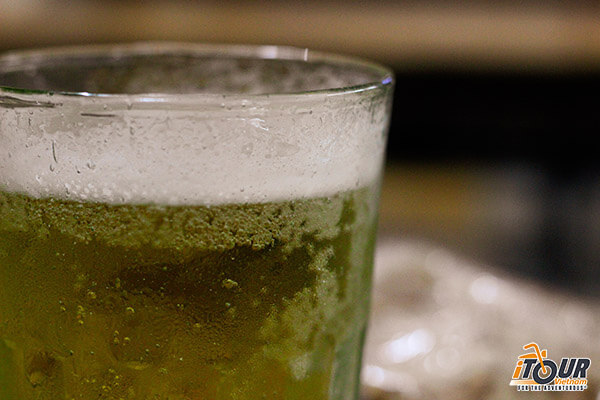 A glass of Bia Hoi

The Origin of Bia Hoi

During the colonial period, the French brought their culinary creations to Vietnam, including their baguettes (Banh Mi) and beer. The first brewery was established in Hanoi in 1890 by Alfred Hommel to serve the French soldiers and also introduce the drink to locals. At that time, not many Hanoians enjoyed the taste of beer since they were so accustomed to drinking traditional distilled rice wine, and a glass of beer was quite expensive.

After Vietnam declared Independence in 1945, the French brewery was renamed into “Hanoi Brewery,” the terms “Bia Hoi” was coined, and the alcoholic drink rapidly popularized among locals. It was no longer a luxury item only available for the rich. The first beer joint was opened on Ta Hien Street, selling a freshly made cup of Bia Hoi for only a few Vietnamese Dong. Hommel’s brewery started with 30 employees producing 150 liters per day, in the 1950s, the brewery production quickly expanded to hiring over 300 workers. 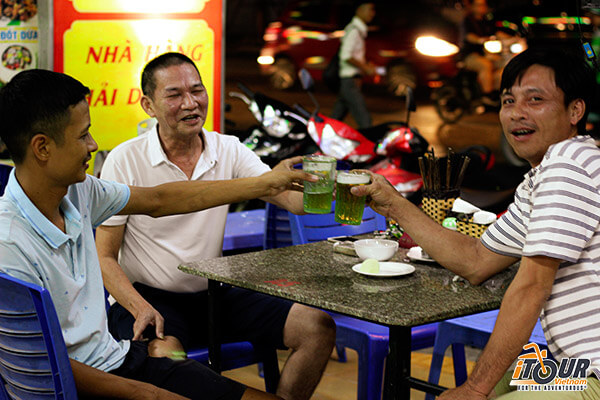 Locals having a good time

It’s hard to tell why Hanoians acquired the taste of beer so fast. Maybe it was much milder compared to the potent rice wine, or perhaps it was then affordable, even for those who weren’t particularly wealthy. Another reason would be the cold Bia Hoi fits perfectly for the scorching Hanoian summers.

How Is Bia Hoi Made?

Bia Hoi shares the same painstaking brewing process as any other type of beer. Firstly, they inspect and choose barley grains that meet the standards of sizes and starch content. Then, the grains enter the germination process to break down the starch and protein, before being air-dried to halt the proliferation of bacteria. They add the dried grains, now known as “Green Molt”, to boiling tanks of water to turn starch into sugar, called “malt liquid”.

Next, workers extract the malt liquid and add hops to create the signature bitterness and aroma to the beer. The combined liquid is left to ferment with the help of yeast. During the fermentation process, enzymes transform sugar into alcohol and CO2, resulting in young beer. It is then transferred to maturing tanks with a constant observation of the level of yeast according to the type of beer. The aged beer is filtered and move on to the packaging process before getting shipped to vendors and restaurants. 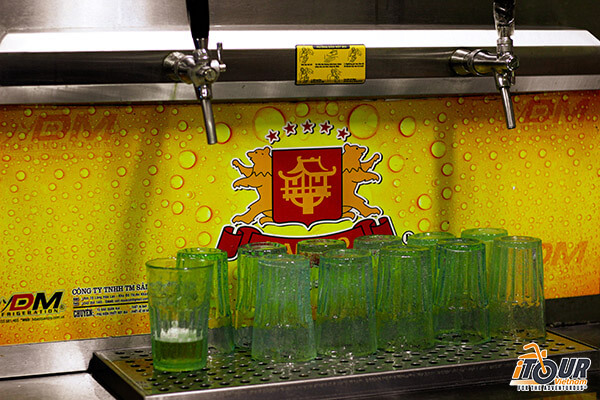 To fully experience the taste of Bia Hoi, we strongly advise you to try it like a local. There’s no need for fancy restaurants or luxury hotels; often they don’t even serve the fresh craft beer! Find your way to the streetside eateries, or if you’re around the Old Quarter, head for Ta Hien Street, also known as the Hanoi’s bar street. You'll know it's a nice drinking spot if the place is crowded. Locals will gather around the most popular sellers, and that’s where you want to go.

Grab a seat, order a glass of cold beer and a couple of bar snacks, you’re good to go! Hanoians don’t just drink Bia Hoi, but they pair it with some snacks to munch on. Hanoian beer foods are often either chewy or crunchy, sometimes even pack quite a punch of flavor, like the fermented shrimp paste. 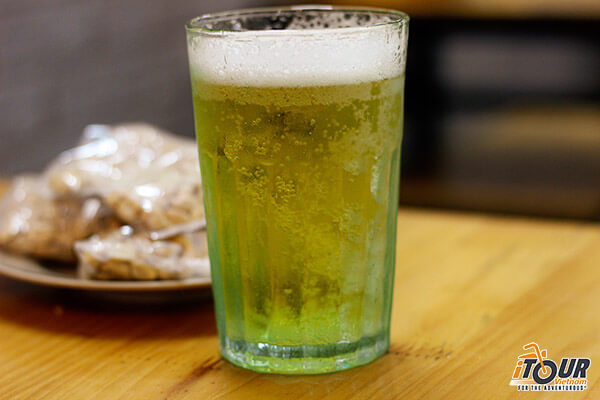 A cold glass of Bia Hoi paired with peanuts

Take a sip of Bia Hoi, watch the daily life of locals taking place just steps away from your seat, you’ll fathom why Hanoians cherish their beer so much.

How to say “Cheers!”: Say loudly and proudly “Mot, hai, ba, dzo!” (One, two, three, dzo). Vietnamese and Hanoians alike develop a way to toast that can grasp everyone's attention.

Toasting: It’s all about the toasting in Hanoi’s drinking culture. When someone pulls up at your table and toast with you, you’re expected to return the favor later. Then, there’s also group toast. You’ll often drink to a particular purpose, such as cheers to a friend, to health, or just gratitude for a fresh plate of food. 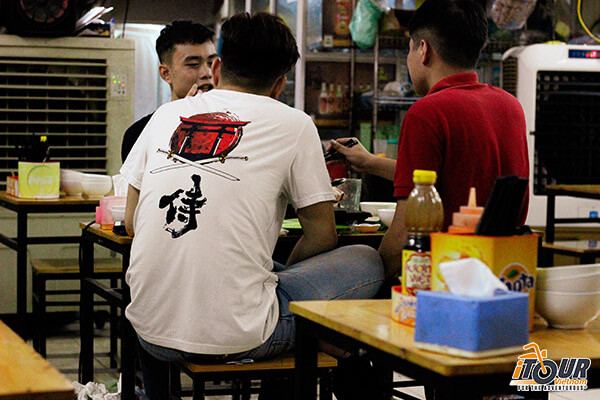 Beer foods: As mentioned, Bia Hoi in Hanoi is often paired with snacks or foods. While most of the drinking foods are common such as french fries, tofu, and peanuts, there is some extreme Vietnamese food that requires a spirit of adventure eating. So make sure to choose dishes that suit your palette. 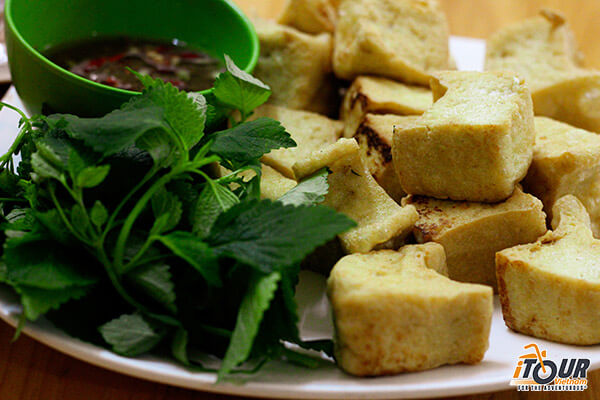 Our Closing on Bia Hoi in Hanoi

Overall, Bia Hoi is an excellent stepping point for foreigners seeking to comprehend the rich culture of Vietnam’s capital city. It’s a “drinkable” piece of history, evidence of the Vietnamese talent to adapt and create its very own signature. Stay tuned for more of our in-depth guides into everything Hanoi!

© Written by Dũng Trần for itourvn.com