Best Dishes from Pho and Where to Try Them in Vietnam Although Pho has traveled beyond the border of Vietnam, most people in the world only recognize the dish as a type of rice noodle soup. Little do they know, the noodle itself is also called “Pho”, and this dish has around 40 different variants. Let's take a look at the best dishes from Pho and where you can try them all!

The Original And Most Popular Version of Pho

Although there have been several arguments about the origin of Pho, all the theories share one common thing about the very first version of this dish: a noodle soup. Among the best dishes from Pho, this is the one that easily springs to everyone's mind first when mentioning Pho. But even for the noodle soup, there are a plethora of versions based on the area they come from or their main ingredient, which is usually the type of meat: beef, chicken, seafood, or even vegetarian Pho. 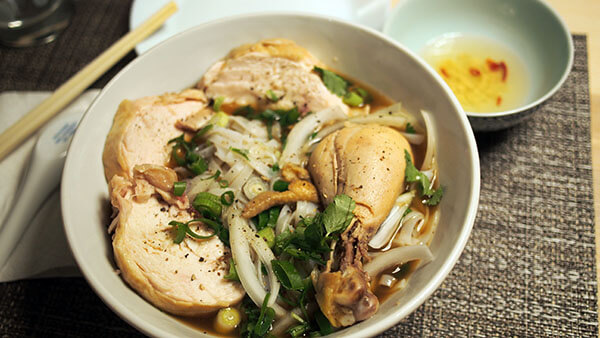 Chicken Pho is not as popular as Beef Pho, but the taste is totally not less attractive 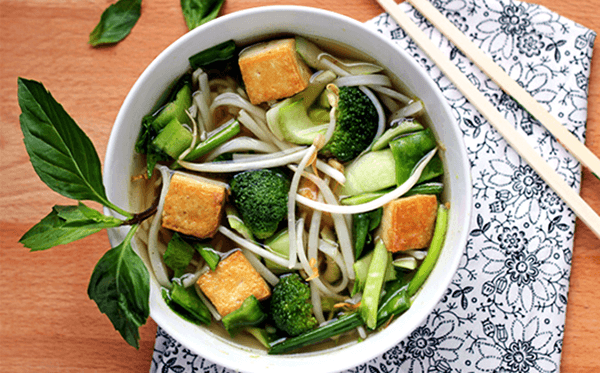 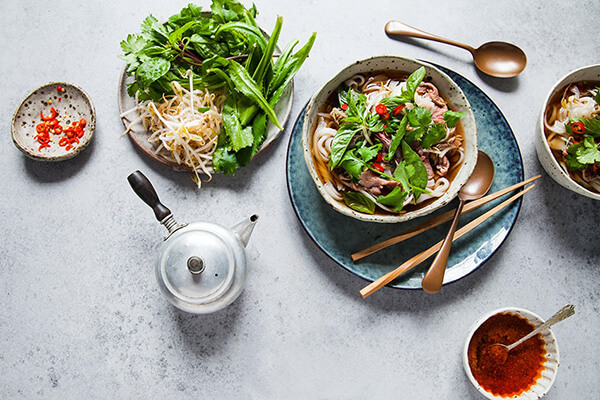 Beef Pho, the version that most people are similar with

Mainly, there are two types of Pho noodle soup that are put into comparison: Northern Pho (represented by Hanoi Pho) and Southern Pho (represented by Saigon Pho). They might look similar at first glance, but in fact, they bear major differences from the crucial ingredients such as the noodles, the broth, to the details like herbs, and spices or side dishes.

Where to Find The Best Dishes from Pho

Pho Kho, or Dried Pho, is a specialty of a mountainous Vietnamese province called Gia Lai. It is also known as Two-Bowl Pho since a complete serving includes two separate bowls: one with the noodles with minced pork and spices, the other with the broth and different types of meat. 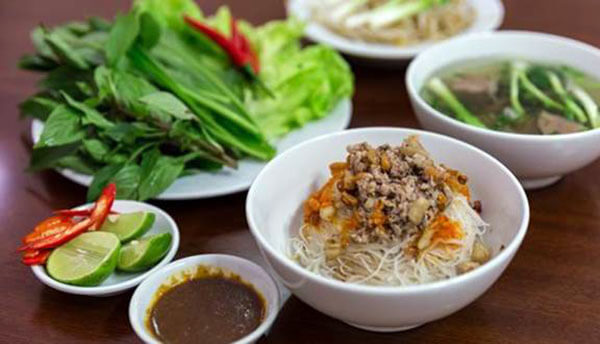 Pho Kho is always served in (at least) two bowls

The noodles in Pho Kho are round and thin, similar to the Hu Tieu noodles. What makes it more special is the side sauce made from soybean, which enhances the flavors of Pho Kho.

There are not many restaurants that serve Pho Kho in Ho Chi Minh City and Hanoi, but they all provide a good taste of this dish.

There are three popular versions you can try: Pho Xao (Stir-fried Pho), Pho Xao Gion (Crispily Pan-fried Pho), and Pho Chien Phong (Deep-fried Pho). They are all served without any soup. Beef and various vegetables such as bok choy, carrots, onions,... are commonly fried along with the noodles.

Among these three best dishes from Pho, Pho Xao is the one that can keep the soft, chewy texture of the Pho noodles like ones of the original soup version. 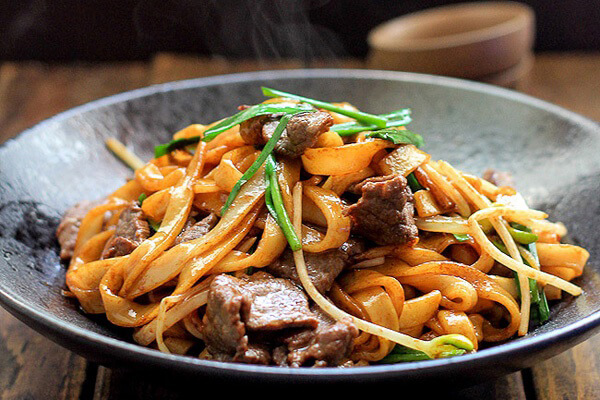 The two other dishes both have a crispy texture. With Pho Xao Gion, or Pho Ap Chao, before the noodles are pan-fried, they are mixed with rice flour and tapioca flour, so the final product looks like a flat, yellow cake. Noodles in Pho Chien Phong, on the other hand, are the thin pieces of Pho that have not been sliced into strings yet. They are then cut into bite-sized squares and deep-fried. 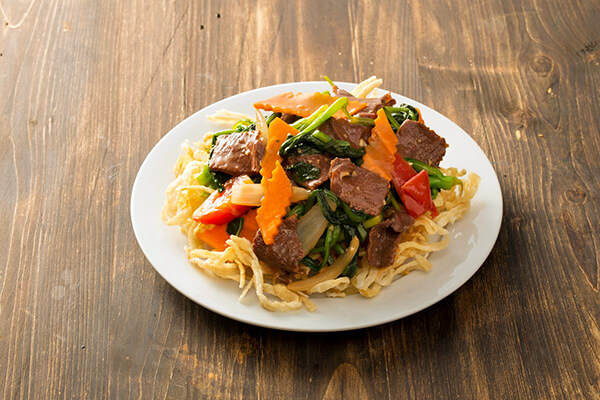 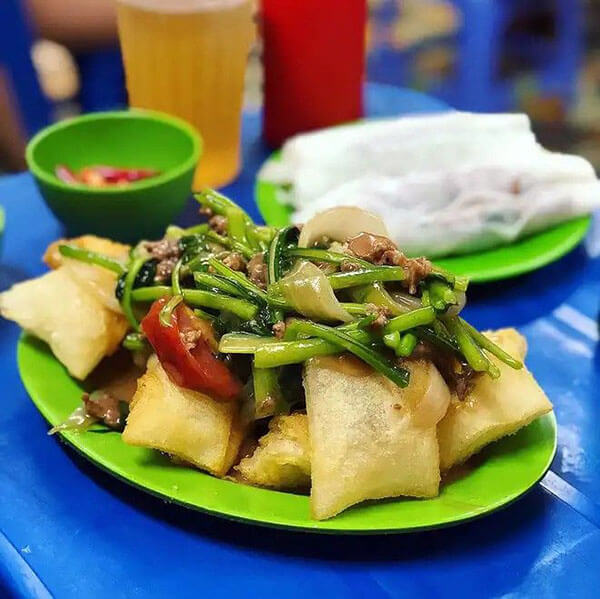 Places to try this trio of Pho dishes:

Pho Tron is a child of Hanoi cuisine, which is so widely adored that many people are willing to line up to enjoy it. 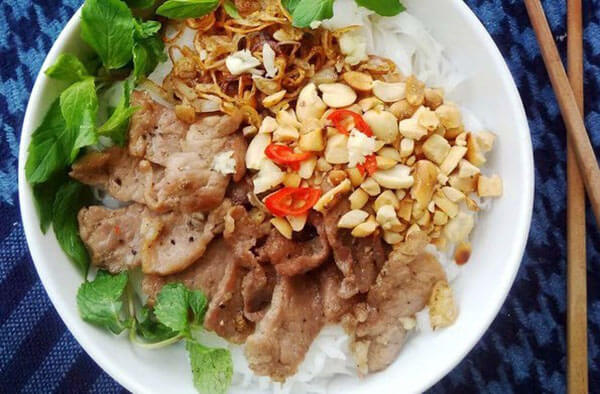 Pho Tron is one of the unofficial specialties of Hanoi

The ingredients of Pho Tron are far from exotic: normal Pho noodles, stir-fried beef, lettuce, and minced roasted peanuts. The unique taste of it comes from the sweet and sour sauce of which every chef would have their secret recipe.

So far, this dish is still hard to find in Ho Chi Minh City, but it has been able to maintain its popularity in Hanoi for years.

Like Pho Tron, Pho Cuon is also a dish that is closely associated with the cuisine of the capital of Vietnam. 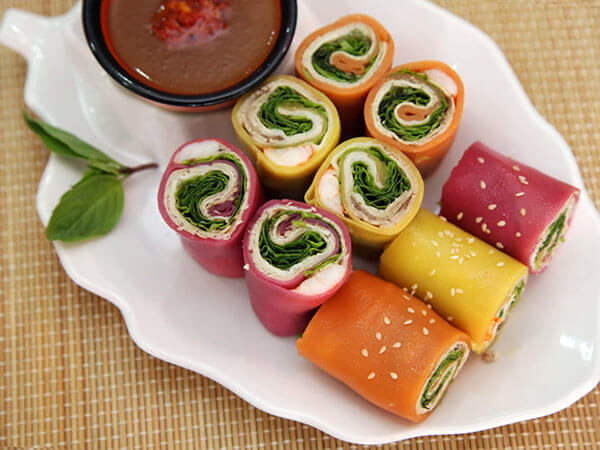 It requires thin, flat, unsliced noodles like ones of Pho Chien Phong to wrap other ingredients including meat and vegetables. Pho Rolls is not only delicious but also healthy and balanced in nutrition. 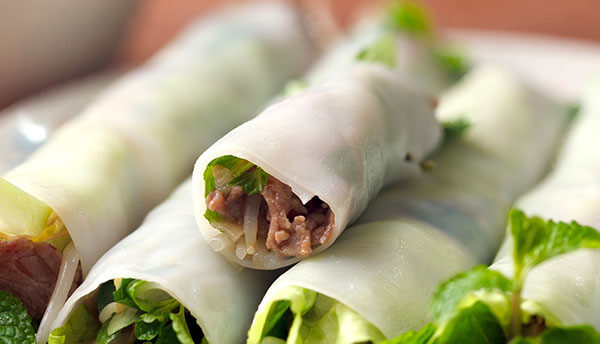 A small roll that has all the nutrients you need

Some restaurants which offer Pho Cuon in their menu:

Pho Chua comes from a province in Northern Vietnam named Lang Son. It may look simple but the cooking process includes lots of delicate steps and the recipe need a multitude of ingredients. The unique sour taste is imparted from the sauce from tamarind or the mixture of vinegar and sugar, which makes you just want to eat more and more. 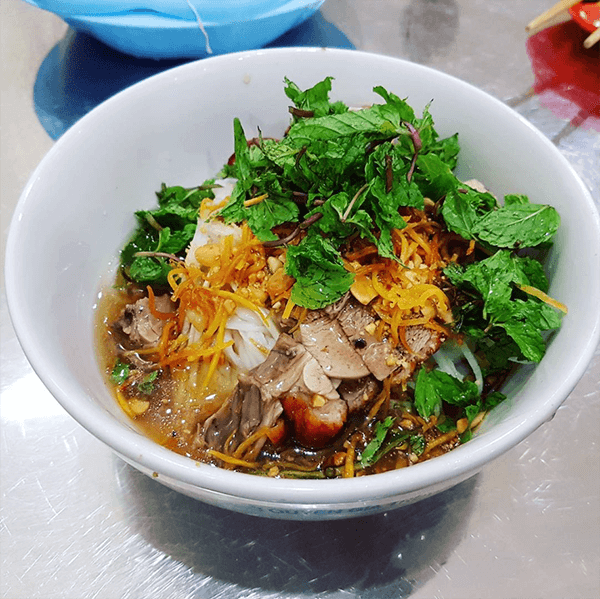 Compared to other best dishes from Pho, Pho Chua is not so widely sold in Ho Chi Minh City and Hanoi since not many people know about its secret recipe. Here are some places that have managed to introduce this dish to more people:

Summary of Best Dishes from Pho and Where to Try Them

The family of Pho is more crowded than you can imagine, and each member has its charisma that will unceasingly amaze you. If you're feeling hungry, book our food tour in Ho Chi Minh led by local tour guides to experience the full wonder of Vietnamese cuisine.