We’ve all heard about the famous, the legendary Hanoi Old Quarter - it is the ultimate destination to visit once setting your foot in the capital of Vietnam. Although the area is a popular site for tourists, Hanoi Old Quarter is super pedestrian-friendly where you can casually take a stroll and explore how time has created such an impeccable fusion of the old and the new in the burgeoning metropolitan.

When Hanoi - formerly known as Thang Long - was chosen to be the capital of Vietnam more than a millennium ago by Ly Cong Uan, many people gravitated towards the place so they decided to settle here and do business. 36 guilds were established and each of which specialized in one specific type of manufacturing or commerce, hence the name Hanoi 36 Streets that the locals prefer to call.

Since then, the quarter has become the commercial and manufacturing center of Hanoi. Even during the colonial period when there were major changes conducted by the French, the area was still able to retain its distinct characteristics. It is now Hanoian’s greatest pride and one can say you can never truly feel the soul of Hanoi without paying a visit to Hanoi Old Quarter.

Do expect some exercise if you decide on a walking tour because there are a myriad of attractions to visit to have a full grasp of Hanoi Old Quarter. 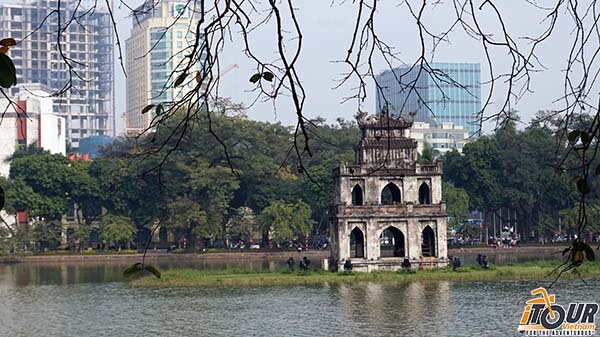 Famous for the legend that comes along with it, Hoan Kiem Lake was supposedly where Emperor Le Loi returned the magic sword that helped him gain victory in the revolt against the Ming. This explains the name Hoan Kiem - Lake of The Restored Sword. Locals love to exercise around this area and when the weather in Hanoi is beautiful, you can join them and take a walk along the lake.

See also When Is The Best Time to Go to Hanoi 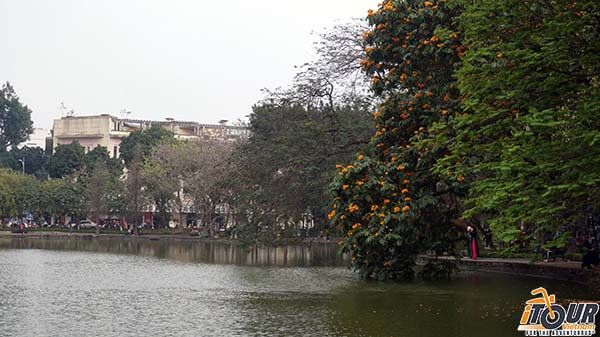 The lake is covered in green 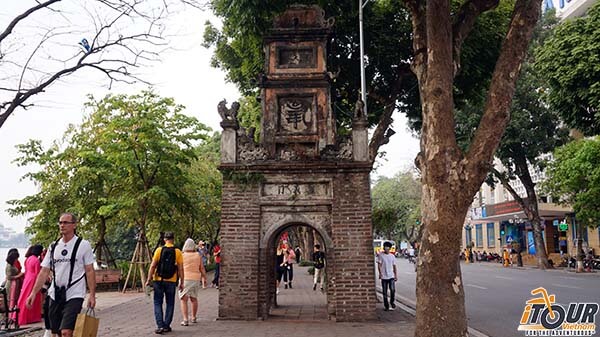 On your walk, you may spot Hoa Phong Tower 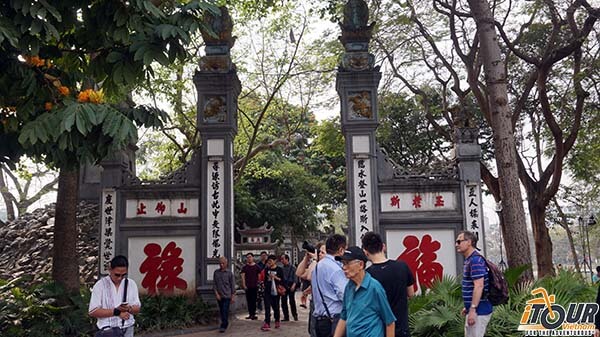 The gate to Ngoc Son Temple

Sitting on a small island in the middle of Hoan Kiem Lake is Ngoc Son Temple - Temple of the Jade Mountains. The place was built to commemorate distinguished Vietnamese individuals, including General Tran Hung Dao who defeated the Mongols army in the 13th century.

You can easily spot the Ngoc Son Temple from afar as well as the scarlet The Huc bridge that leads to the temple while strolling along the lakeshore. 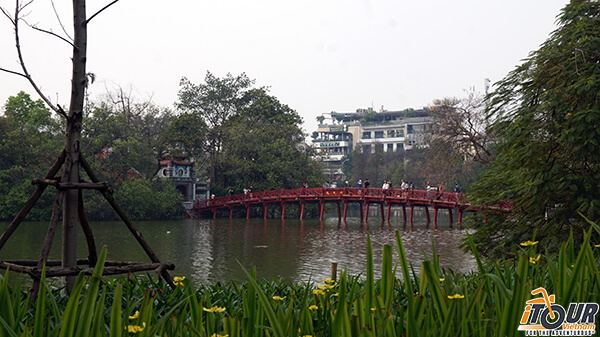 The Huc Bridge leading to the temple 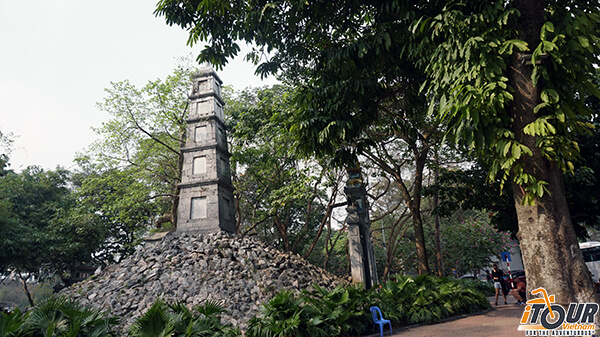 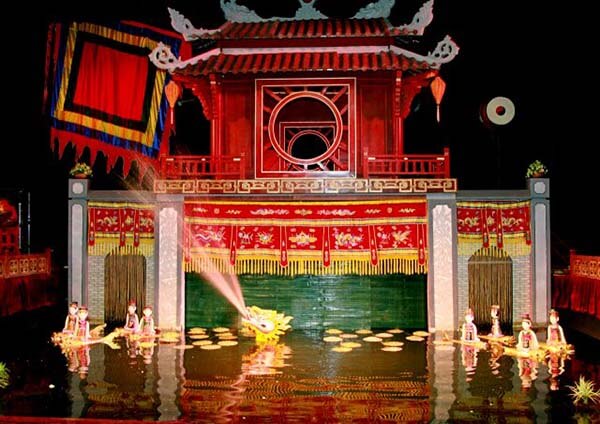 Just right across the street from Hoan Kiem Lake is Thang Long Puppet Theatre. Vietnamese Puppetry is an ancient art form dating back to 2000 years ago, and water puppetry is the most unique of all. There are five shows almost every day yet tickets still need bookings to guarantee a seat. 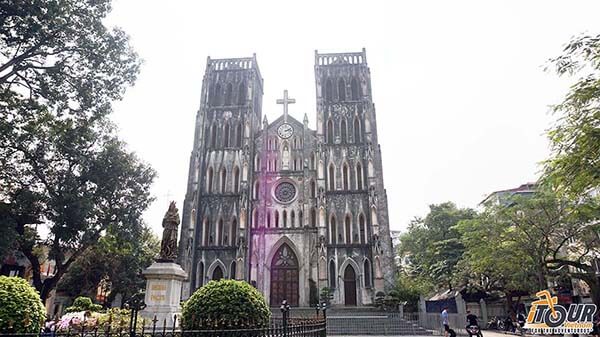 Apart from a host of ancient structures from the feudal dynasties, Hanoi Old Quarter also boasts a great many French architectures, and St. Joseph’s Cathedral is considered the most iconic. This is the first church built in Hanoi in the colonial period, and now it is an exquisite religious site for both curious tourists and dedicated churchgoers. 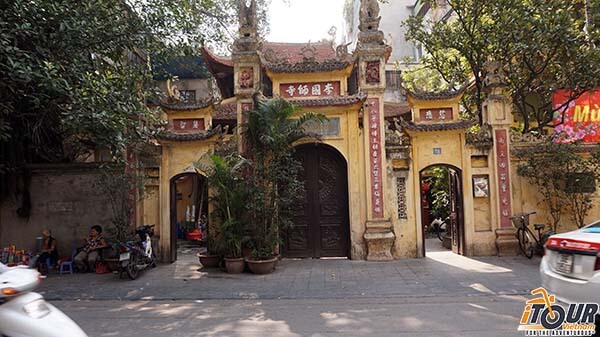 Only a few footsteps away from St. Joseph’s Cathedral is Ly Quoc Su Temple, a sacred place dedicated to the Great Monk Nguyen Chi Thanh. He was highly respected by both the feudal government and the locals for his significant contribution to the Ly dynasty. The temple is a 900-year-old pagoda and many locals still come here regularly to practice Buddhism.

A sacred place for Buddhists 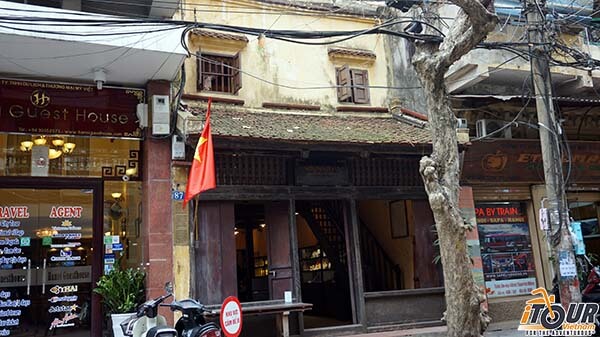 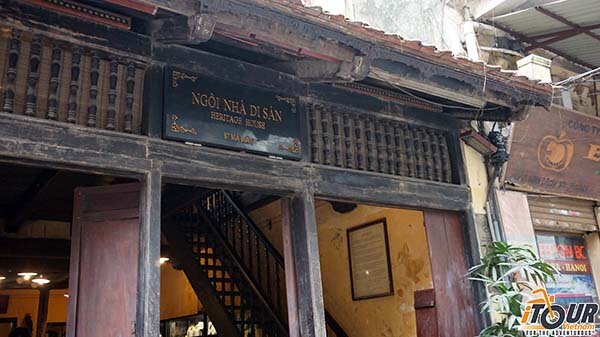 A well-preserved old house from the 20th century

This little house on Ma May Street was built in the late 20th century but still remains intact. From the structure to the intricate decorative ornaments, everything will bring you a feel of the Vietnamese life a hundred years ago. Forget the glistening shopping malls and skyscrapers, stop by this old house and witness how time has worked wonders on the city of Hanoi. 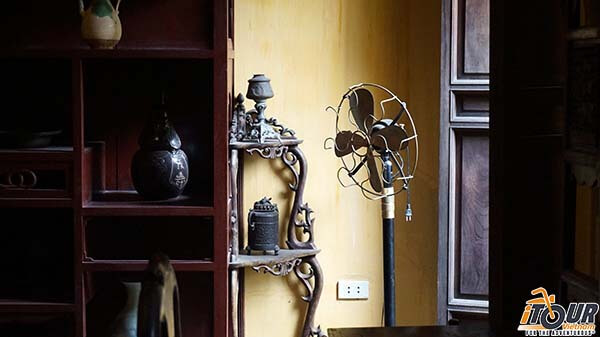 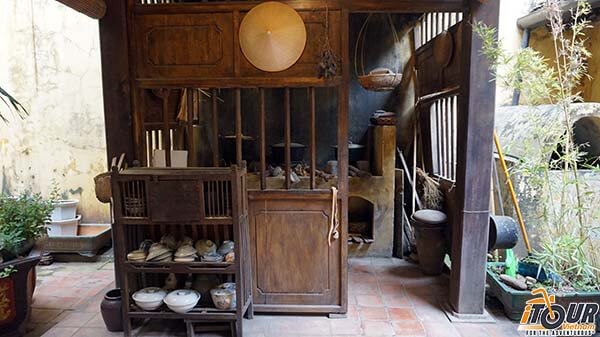 Witness a piece of life from the past 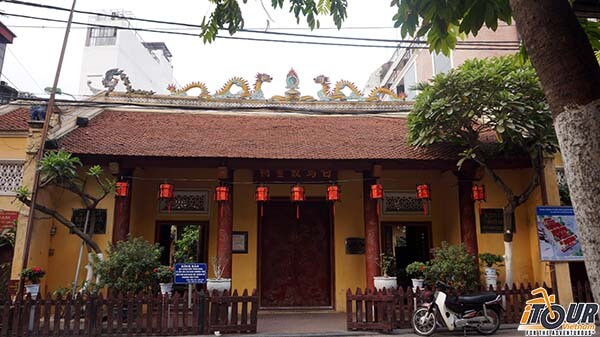 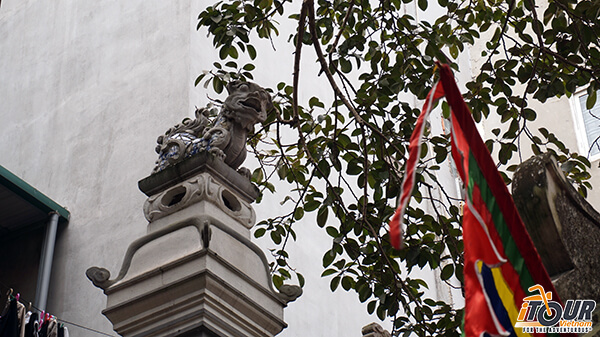 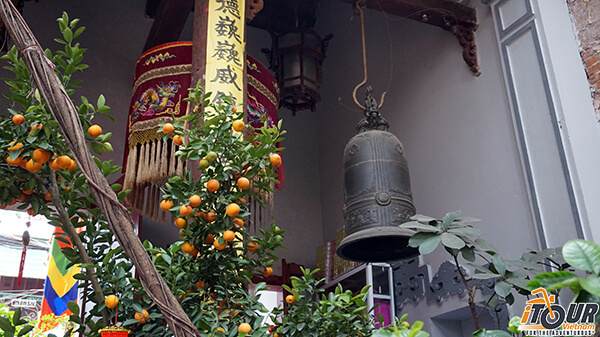 Architecture from the 18th century

Believed to be one of the oldest temples in Hanoi, Bach Ma Temple was originally built in the 9th century in Long Do Mountain and then moved back to this area in the 18th century to guard the east side of Thang Long - Hanoi’s former name. Of all the ancient religious sites in Hanoi, this is the most cherished in the local’s hearts and a must-visit for international tourists. 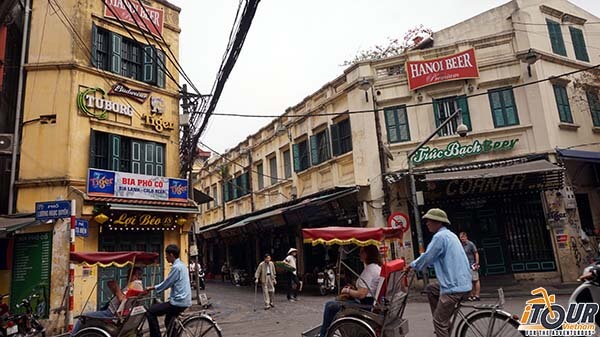 Hien Street is the most bustling corner in Hanoi Old Quarter

Enough sightseeing, what about fun? Ta Hien is a small street in Hanoi Old Quarter that possesses an incredible integration of the old and the new, of the Vietnamese lifestyle and the Western influences. There are a host of food vendors of the local specialties as well as bars that serve chilled beer to cool you down in case the weather gets too hot. 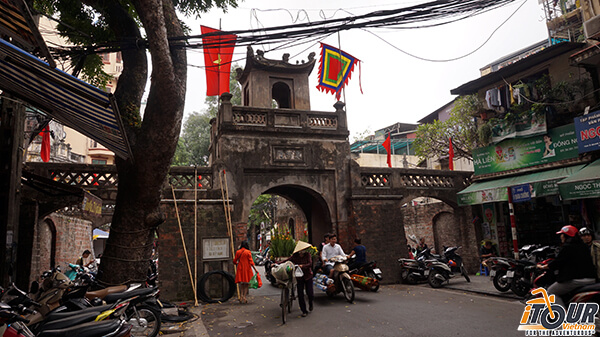 An old relic that blends nicely with the modern life

Had you not known about this ancient relic before visiting Hanoi Old Quarter, you’d be taken aback as this piece of structure doesn’t seem to fit the rest of the area. O Quan Chuong was one of the gates that led to Thang Long Citadel. The gates were built in the 18th century and there are only 21 remaining today. 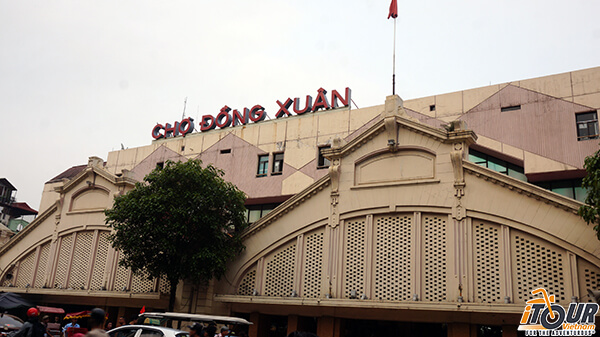 Just like the well-known Ben Thanh Market in Ho Chi Minh City, Dong Xuan Market if among the favorite places for tourists to find extraordinary yet surprisingly affordable souvenirs. Firstly built in 1889 by the French administration and went through numerous renovations, Dong Xuan Market is now one of the largest trading spots in Hanoi.

Check prices and reviews of top hotels in the Hanoi Old Quarter:

Conclusion of A Walking Guide around Hanoi Old Quarter

It may take a whole day or even two to cover a full walking tour around Hanoi Old Quarter, but the entire experience is still worthwhile nevertheless. Don’t forget to check out some antiques at the souvenir shops and take a short break with some Vietnamese coffee for the most fulfilling expedition.

Get your travel insurance to explore Hanoi:

A very lovely area to visit. The hotels here are also nice too. But you forgot to mention the street food here, it is literally to die for.

0 Cancel Reply
A very lovely area to visit. The hotels here are also nice too. But you forgot to mention the street food here, it is literally to die for.
Cancel Update Comment

Glad you like my blog. We also have another blog on the best Hanoi Street Food if you would like to find out more:
https://www.itourvn.com/blog/the-best-hanoi-street-food-how-to-eat-like-a-hanoian

Hoang Pham from i Tour Vietnam

0 Cancel Reply
Hi Maria, Glad you like my blog. We also have another blog on the best Hanoi Street Food if you would like to find out more: https://www.itourvn.com/blog/the-best-hanoi-street-food-how-to-eat-like-a-hanoian Hoang Pham from i Tour Vietnam
Cancel Update Comment
First Page Previous Page 1 Next Page Last Page