8 Exotic Animals You Can See in Vietnam Planning a trip to Vietnam? Don't miss a chance to see these exotic animals.

Vietnam is home to diverse wildlife species, and scientists discover new species all the time. Many of these majestic creatures are endangered, so seeing them means avoiding delay.

Let's explore 8 exotic animals in Vietnam to catch a glimpse of the country and where to find them in your Vietnam adventure. 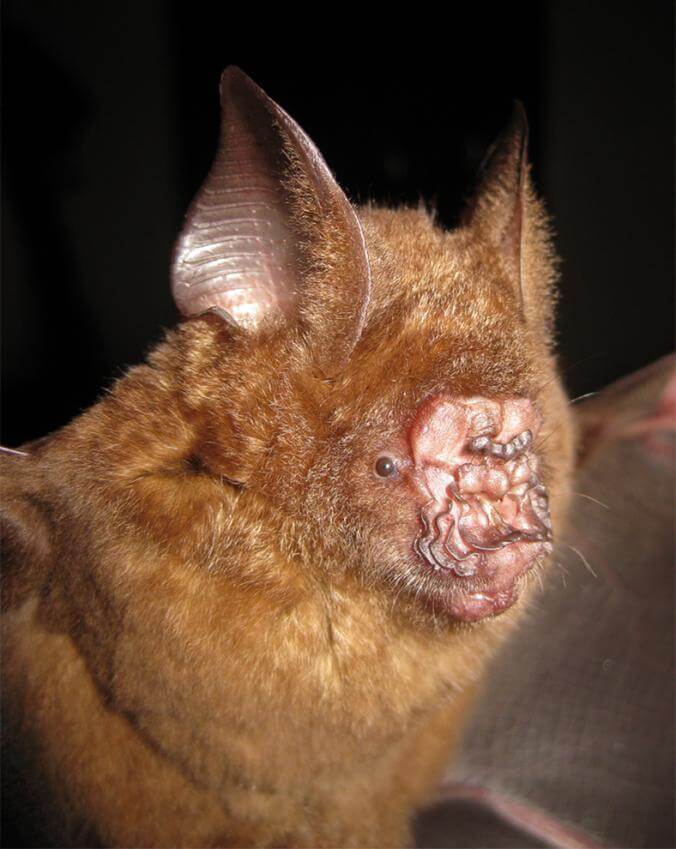 The leaf-nosed bat comes in many varieties, including the following just to name a few:

Regardless of the variation, this species can be clearly distinguished from other bats in the area and elsewhere.

It has exceptionally large ears for a bat. These ears are rounded at the top. As you can imagine, they also have a very distinct nose that looks a bit like a leaf lying flat against the front of their wet noses.

In some species, the "leaf" looks more like flowers with petals radiating out.

They're a fascinating sight to see as they dive through the air, catching an evening meal of insects.

They thrive in the tropical regions of Vietnam but have a very wide territory, dwelling in much of South Asia and North Africa.

Want to catch a glimpse of a leaf-nosed? You may want to hire a guide and go spelunking (cave exploring). They often make their homes in mines, hollow trees, and caves. 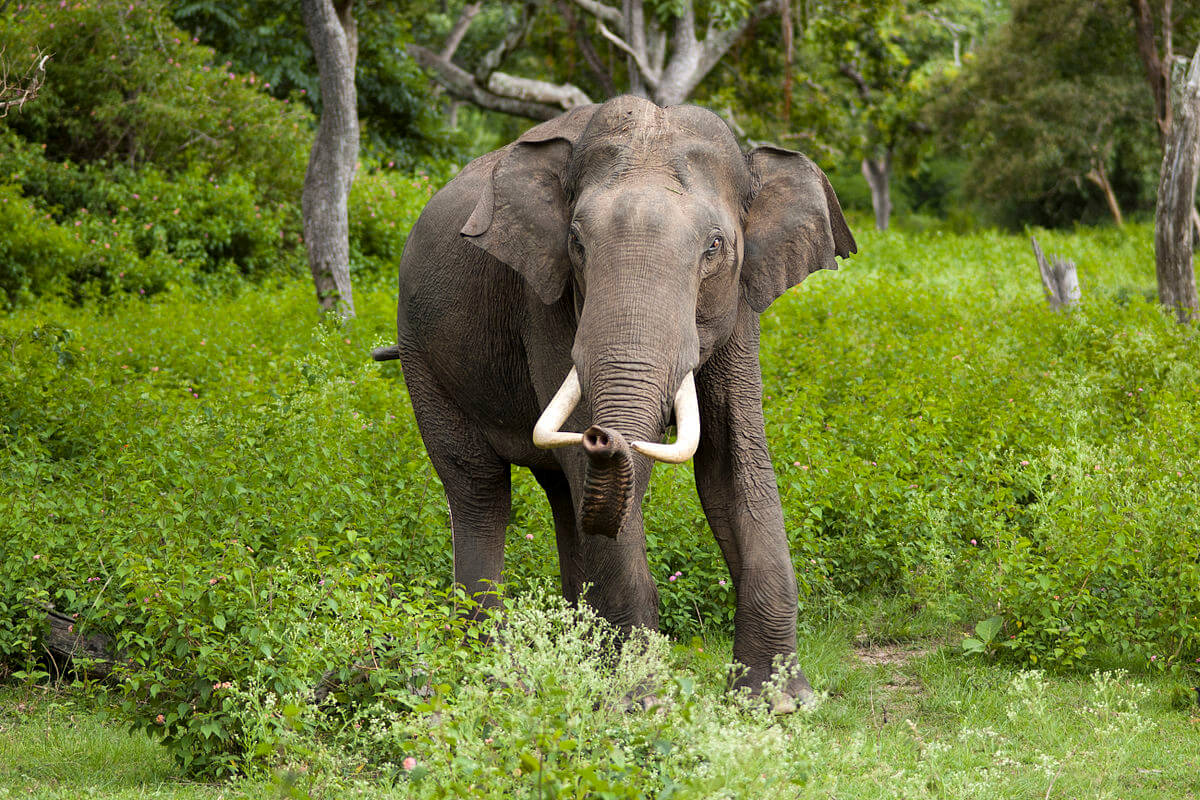 Indian elephants are a form of Asian elephant found throughout Southeast Asia. They're an endangered species so seeing these majestic creatures before they're gone should be on your list.

Doing what you can to protect endangered species like this should be even higher.

The Indian elephant is smaller than the African elephant. They are distinguished from other Asian elephants by their lighter dark-gray skin.

Additionally, the skin will be somewhat splotchy, as they are genetically predisposed toward de-pigmentation. That's when the skin loses its natural color, leaving light spots of skin.

If you want to see these animals, you'll find them on grasslands mostly. They can be quite elusive. But if they're around, you can't miss them. 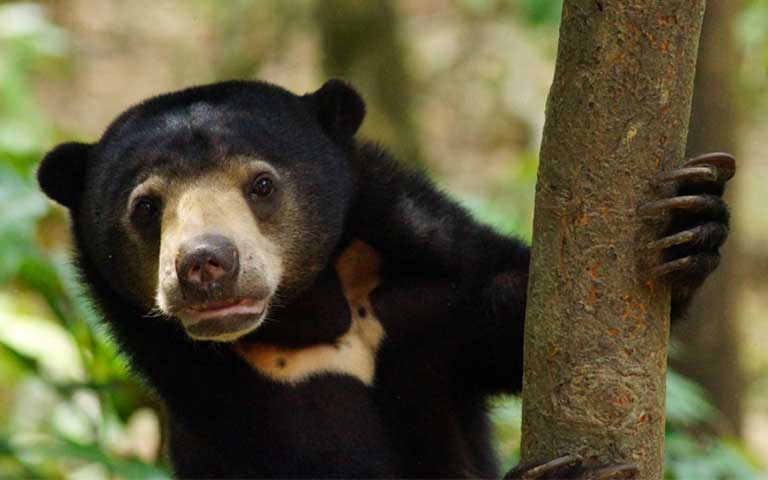 Also known as the sun bear, these animals are classified as vulnerable, but not endangered. So you're more likely to catch sight of them from a safe distance, of course.

These bears are typically jet black, short, and lean.

These bears have an insatiable appetite for honey. They have an incredibly long tongue that allows them to penetrate beehives and retract yummy combs.

To spot these exotic animals, you'll hike through the thick rain forests or camp out near a beehive -- if you're brave. 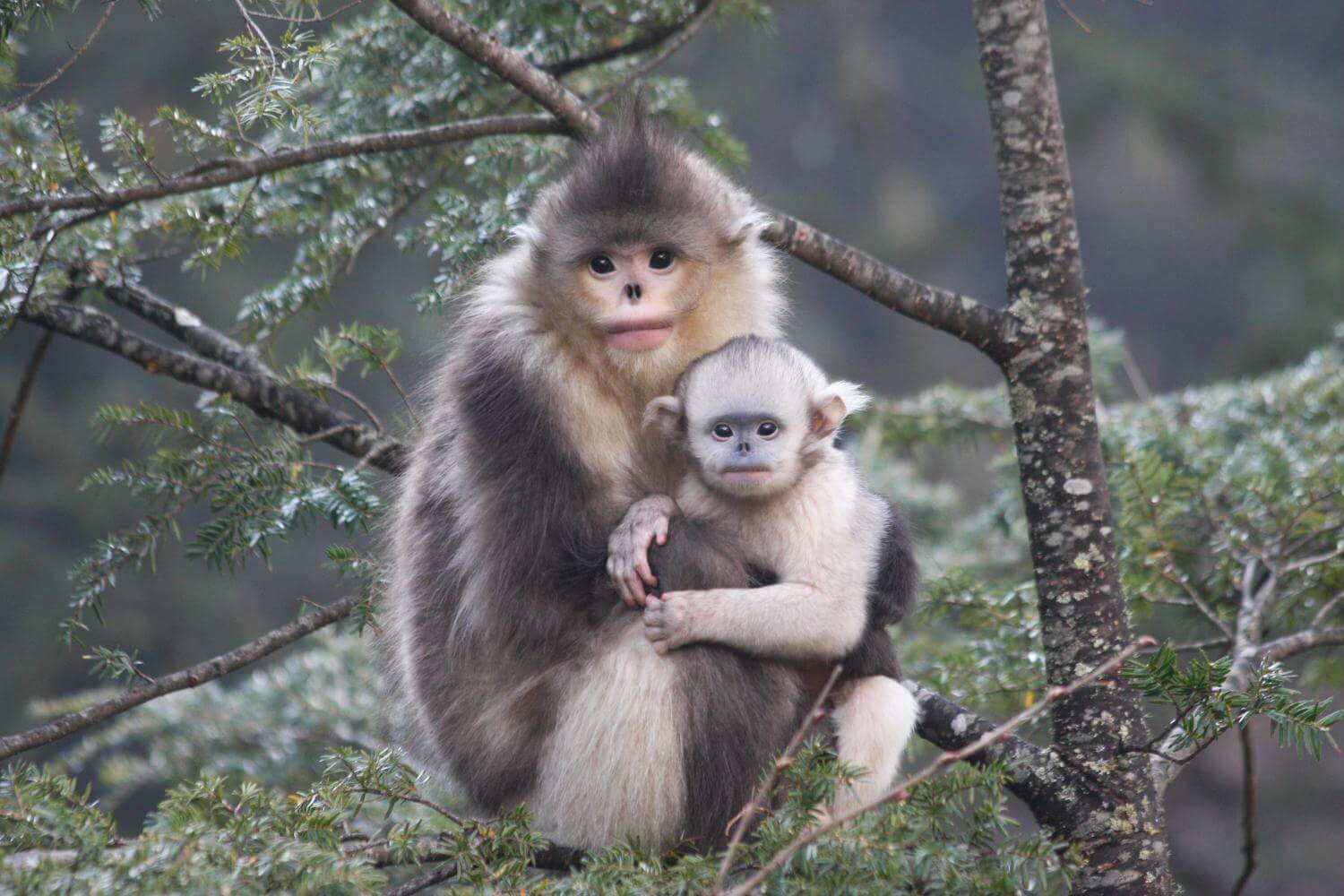 These exotic animals get their name from their short stump noses a rounded face. You may just want to take one of these adorable creatures home with you, but you must resist. They aren't as cuddly as they look.

They're multicolored with long hair and very invested in the community. Living in colonies of upwards of 600 monkeys, they're very territorial, so approach known habitats with caution.

To experience the splendor of the snub-nosed monkey, you'll need to climb. These exotic animals only live up in the mountain forests.

--Location of Snub-Nosed Monkey in Vietnam: mainly found in the Northern, mostly in Ha Giang Province 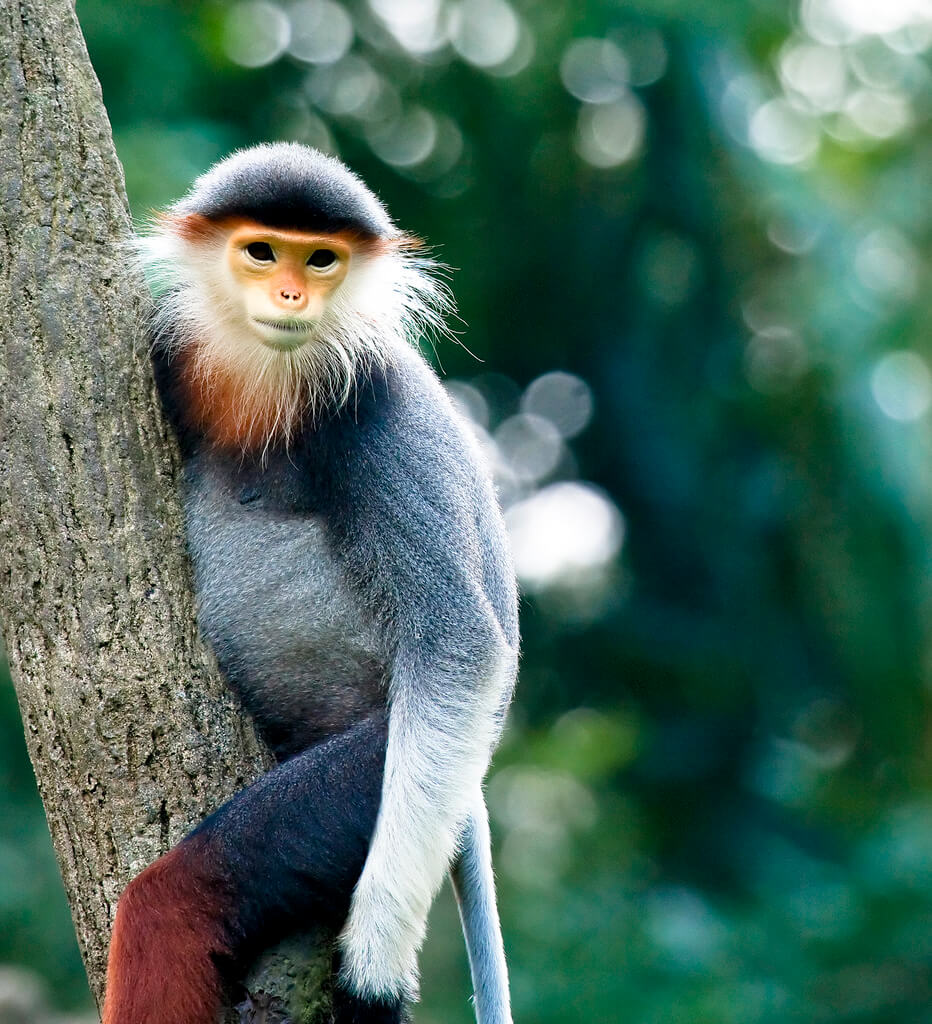 These primates are found in the central highlands of Vietnam. They're known for their colorful faces and massive eyes reminiscent of pitch-black almonds. They have yellowish-orange skin and black a band that stretches around the head.

Doucs are distinguished from each other by the color of their outer thighs.

When on your Vietnam vacation, you may get to see a red-shanked douc or one of the other douc species. 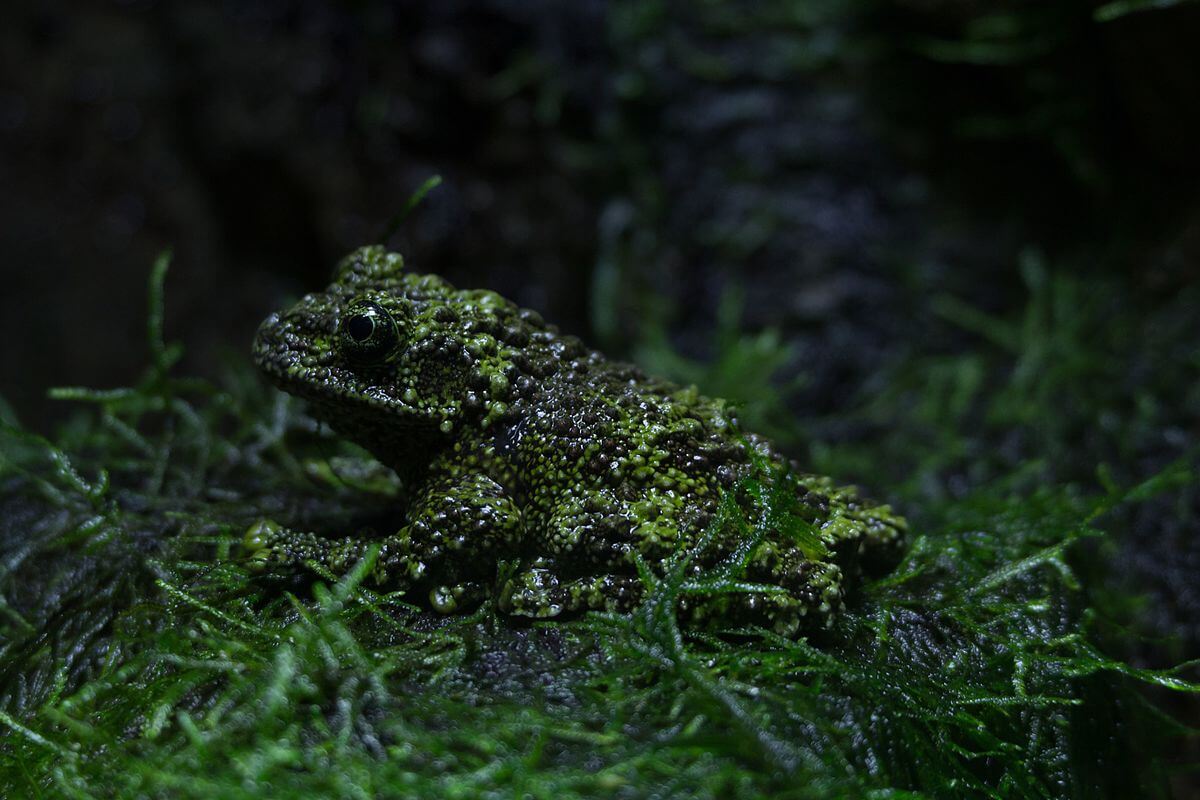 In the current time, this type of frog is at a very high risk of extinction in the wild and is classified as an endangered species in Vietnam. Its natural habitats are subtropical or tropical forests.

--In Vietnam, Chapa Bug-eyed Frogs are usually found in Quang Tri Province and northwards. Besides, it is expected to appear in adjacent parts of China 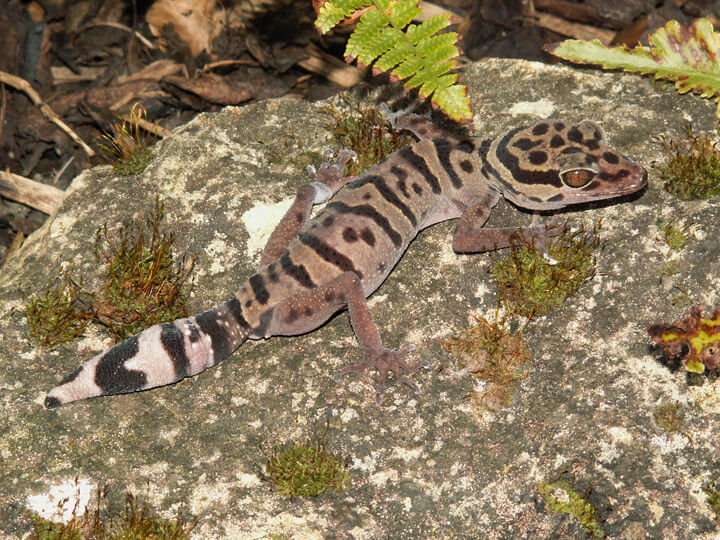 There are nearly 300 known unique species of lizards in Vietnam. Among them, you'll find many geckos. In fact, they're everywhere, especially in rural areas.

While you'll see geckos and other lizards everywhere, the leopard gecko prefers rocky outcroppings. To see one you may want to go for a climb. You'll learn to appreciate their penetrating little stares and the sudden scurry in the underbrush when you walk near.

These exotic animals can be dark gray, light gray or orange. They will have many black spots around the face and body and four wide stripes down the back and tail. Her eyes are a piercing dark reddish-brown. 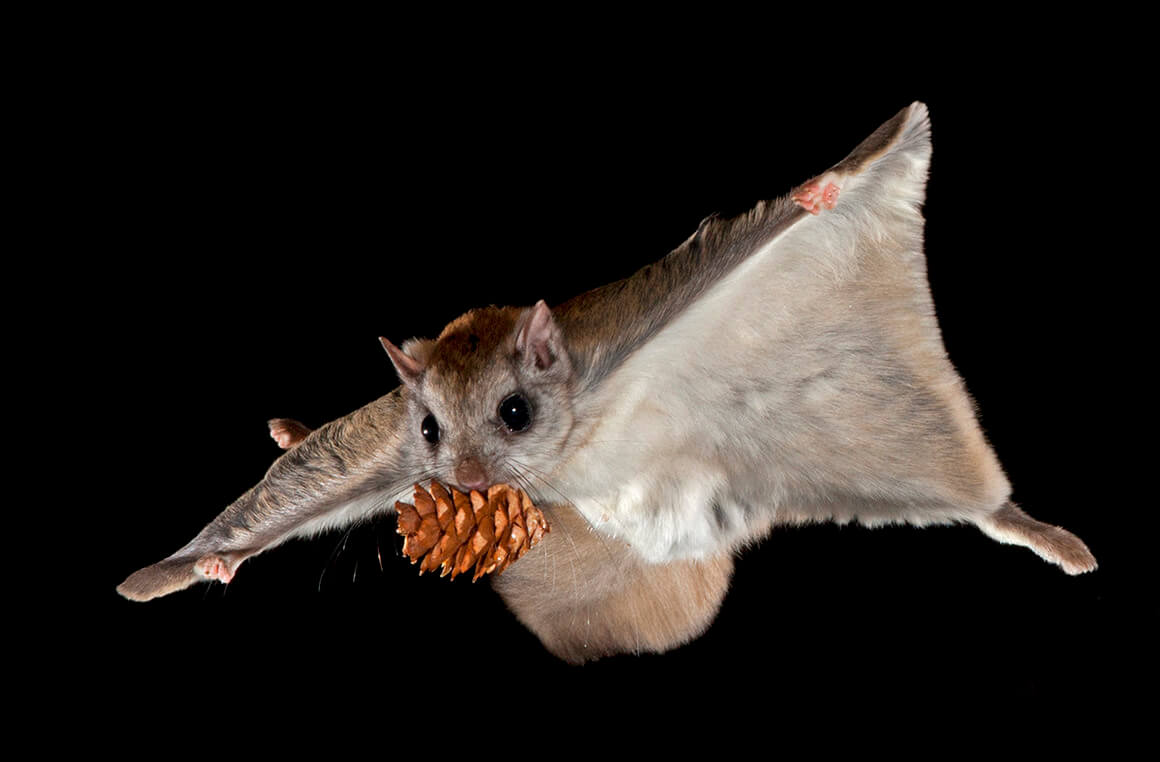 These rodents can be seen "flying" through the forest with their arms and legs outstretched, using the air trapped under their "wings" to glide from one tree to the next.

These wings are actually a flap of skin that connects each arm with the corresponding leg. These flaps of the skin can neatly fold out of the way when they run and play.

If you love gerbils and hamsters and the like, you'll love flying squirrels. They're so cute and lively.

If you're planning the perfect Vietnam honeymoon, don't miss taking some time to watch these exotic animals glide, eat and play.

Exotic Animals and So Much More

Exotic animals are only a fraction of what you'll see in Vietnam that you can't see and experience anywhere else. Immerse yourself in the places, culture, and foods of the region, as well as visiting museums and explore ancient sites for a full experience of Vietnam.